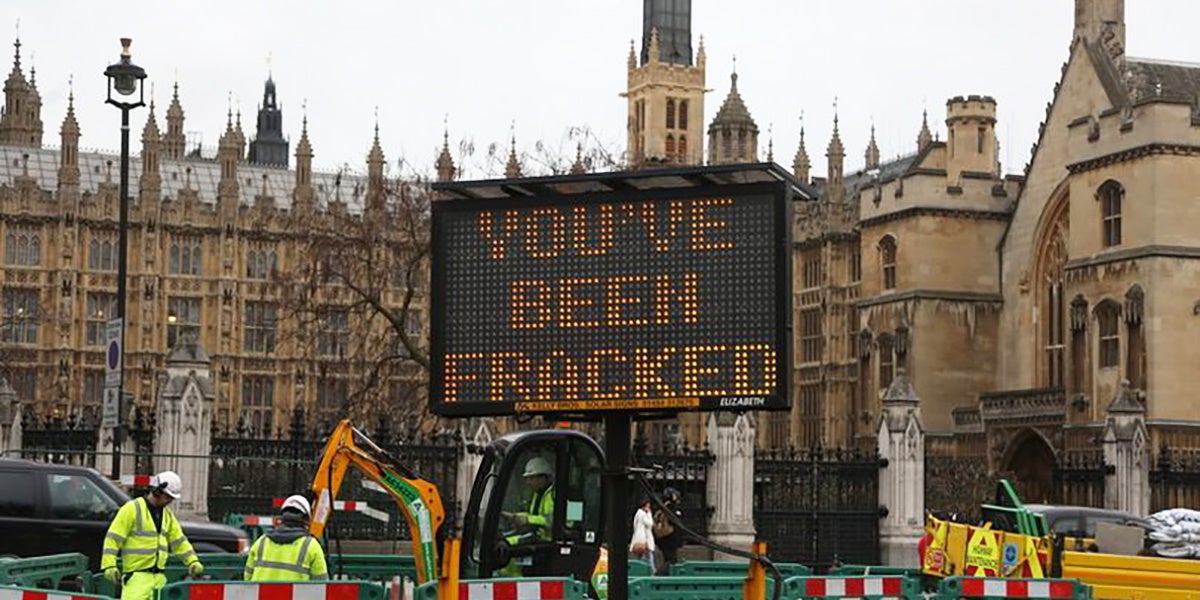 Government ministers published proposals Thursday that would speed the development of fracking in England, igniting opposition from environmental groups and local communities, The Independent reported.

The rule changes could open an area almost as large as Wales for immediate drilling.

“Communities and their local councils across the UK have said no in every way they can, but the government have turned a deaf ear to everyone who doesn’t own a fossil fuel company,” Rebecca Newsome of Greenpeace UK told The Independent.

The proposals would give planning authorities £1.6 million to speed up application processing time, create a new shale environmental regulator, allow companies to drill at test sites without prior permission and shift approval for new wells from the local to the national level by declaring fracking sites “nationally significant infrastructure,” The Guardian reported.

Greenpeace further criticized the proposals in The Guardian, saying they would make “exploratory drilling as easy as building a garden wall or conservatory.”

The Local Government Association also expressed concern that fracking decisions would be taken out of the hands of impacted communities.

“We are clear that it should be up to local communities to decide whether or not to host fracking operations in their areas,” environment spokesperson, councilor Judith Blake told The Guardian.

The proposals came in a statement issued by the business, energy and industrial strategy secretary Greg Clark and the housing and communities secretary James Brokenshire.

They argued that natural gas was an important part of the UK’s emissions commitments under the Climate Change Act and that, due to a decline in offshore gas production in the North Sea, the UK had gone from exporting natural gas in 2013 to importing it from Norway and continental Europe.

“[W]e believe that it is right to utilize our domestic gas resources to the maximum extent and exploring further the potential for onshore gas production from shale rock formations in the UK, where it is economically efficient, and where environment impacts are robustly regulated,” the statement read.

They said that local decisions on shale exploration applications were “disappointingly slow.”

According to The Independent, fracking opponents are concerned about the processes impact on water and links to increased seismic activity, as well as the need to shift away from fossil fuels all together.

Since a fracking ban was lifted in the UK in 2013, no new wells have been dug. Local governments rejected seven of eight shale drilling plans put forward in the first three months of 2018, The Guardian reported.

Friends of the Earth campaigner Rose Dickinson suggested that the government’s plans went against the wishes of a majority of English citizens.

“If there was a referendum on fracking, it would be banished to the dustbin of history—and that’s where these proposals belong,” she told The Independent.