ENERGY WEEK DAY 4: Can Fracking Usher in an Era of Energy Independence? 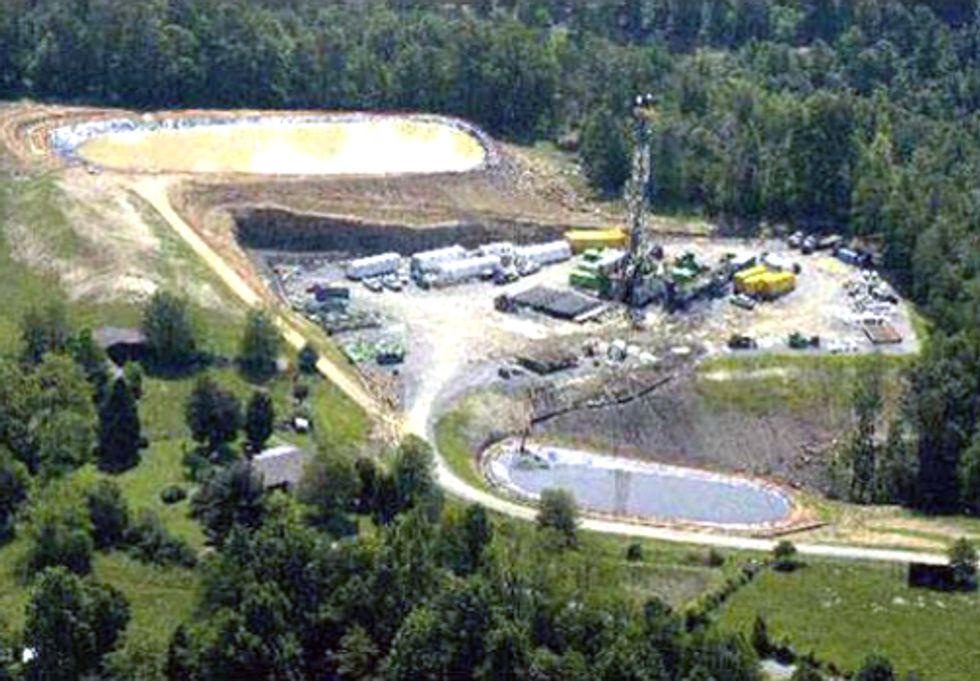 While impacted communities and environmental activists are raising the alarm over the environmental and health impacts of fracking and production of bitumen in the Alberta tar sands, the key argument used by oil and gas proponents—that these resources can usher in a whole new golden era of energy independence and security—hasn't really been challenged. That's where our report comes in.

Hughes' previous report, Will Natural Gas Fuel the 21st Century?, has been downloaded more than 17,000 times by citizens, advocates and government officials. The report states:

Natural gas has increasingly been touted as a "bridge fuel" from high-carbon sources of energy like coal and oil to a renewable energy future. This is based on renewed optimism on the ability of horizontal drilling and hydraulic fracturing to access natural gas from previously inaccessible shale gas deposits. A review of the latest outlook (2011) of the U.S. Energy Information Administration(EIA) reveals that all eggs have been placed in the shale gas basket in terms of future growth in U.S. gas production. Without shale gas, U.S. domestic gas production is projected to fall by 20% through 2035.

Shale gas is characterized by high-cost, rapidly depleting wells that require high energy and water inputs. There is considerable controversy about the impacts of hydraulic fracturing on the contamination of surface water and groundwater, as well as the disposal of toxic drilling fluids produced from the wells. A moratorium has been placed on shale gas drilling in New York State. Other analyses place the marginal cost of shale gas production well above current gas prices, and above the EIA’s price assumptions for most of the next quarter century. An analysis of the EIA’s gas production forecast reveals that record levels of drilling will be required to achieve it, along with incumbent environmental impacts. Full-cycle greenhouse gas (GHG) emissions from shale gas may also be worse than previously understood, and possibly worse than coal.

Even assuming the EIA forecast for growth in shale gas production can be achieved, there is little scope for wholesale replacement of coal for electricity generation or oil for transportation in its outlook. Replacing coal would require a 64% increase of lower-48 gas production over and above 2009 levels, heavy vehicles a further 24% and light vehicles yet another 76%. This would also require a massive build out of new infrastructure, including pipelines, gas storage and refueling facilities, and so forth. This is a logistical, geological, environmental, and financial pipe dream. Although a shift to natural gas is not a silver bullet, there are many other avenues that can yield lower GHG emissions and fuel requirements and thus improve energy security. More than half of the coal-fired electricity generation fleet is more than 42 years old. Many of these plants are inefficient and have few if any pollution controls. As much as 21% of coal-fired capacity will be retired under new U.S. Environmental Protection Agency regulations set to take effect in 2015. Best-in-class technologies for both natural-gas- and coal-fired generation can reduce CO2 emissions by 17% and 24%, respectively, and reduce other pollutants. Capturing waste heat from these plants for district and process heating can provide further increases in overall efficiency. The important role of natural gas for uses other than electricity generation in the industrial, commercial, and residential sectors, which constitute 70% of current natural gas consumption and for which there is no substitute at this time, must also be kept in mind. Natural gas vehicles are likely to increase in a niche role for high-mileage, short-haul applications.

Strategies for energy sustainability must focus on reducing energy demand and optimizing the use of the fuels that must be burnt. At the end of the day, hydrocarbons that aren’t burnt produce no emissions. Capital- and energy-intensive "solutions" such as carbon capture and storage are questionable at best and inconsistent with the whole notion of energy sustainability at worst.