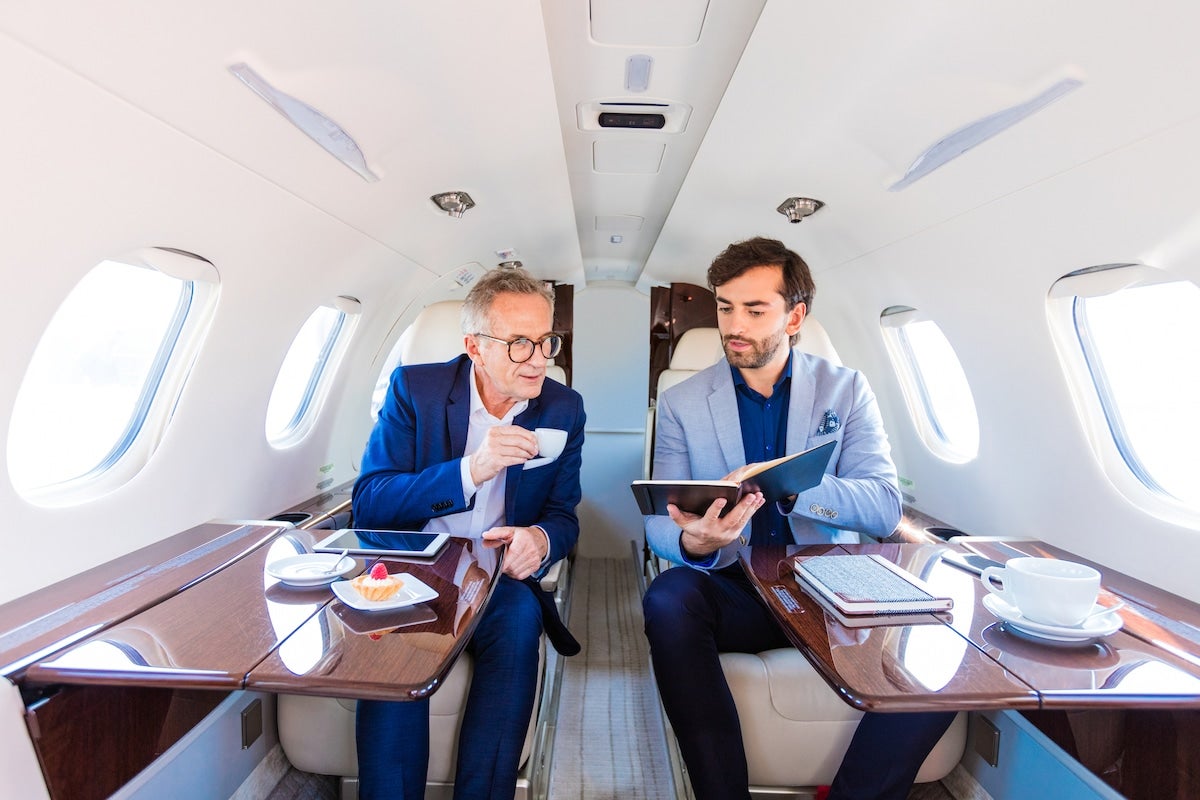 Businessmen on thier private plane in the UK. izusek / E+ / Getty Images

Yet another study provides evidence that humanity is not all equally responsible for the climate crisis.

The UK-based research, published in Ecological Economics, finds that the top 10 percent of income earners in the country use almost three times as much energy as the bottom 30 percent. What’s more, the top 10 percent’s energy footprint from flying and driving alone is greater than the bottom 60 percent’s footprint for all of their daily activities.

“[I hope this research will provide] ammunition for policy makers who would like to target high energy users,” study lead author Dr. Marta Baltruszewicz of the University of Leeds’ Living Well Within Limits project told Carbon Brief.

It is well established that the climate crisis is caused primarily by the burning of fossil fuels for energy.

“Current energy consumption is too high to maintain global warming within 1.5 degrees without resorting to massive negative emissions,” the study authors wrote.

Learn About Energy From EcoWatch

“We know that energy use and carbon emissions associated with it are highly unequally distributed, with the top 10% of income earners (mostly in the Global North) responsible for 49% of all carbon dioxide emissions,” the study authors wrote.

However, there is also mounting inequality between the wealthy and the poor within nations. Another paper published in Nature Sustainability this fall found that, around three decades ago, 62 percent of emissions inequality was between nations. Today, around the same amount is within nations. In the U.S., the bottom half of the population more or less maintains a carbon footprint in line with the country’s 2030 per-capital emissions goals under the Paris agreement.

The new paper looks at the situation in the UK based on the 2018 and 2019 living costs and food survey (LCFS) of the Office of National Statistics (ONS) and the Understanding Society Survey (USS) of the Institute for Social and Economic Research at the University of Essex as well as energy footprint data for households based on income.

In addition to income inequality, the differences in energy use reflected gender and racial inequalities: the high burners tended to be white, rich, middle-aged men while the low energy users tended to be women of color who were renting, Baltruszewicz told Carbon Brief:

“[T]here is so much social injustice engrained in those who don’t have enough energy,” she said.

In order to offer guidance for policy changes, the study authors further considered energy use alongside the results of a well-being index score. This revealed that it was possible to enjoy well-being without a high energy footprint. For those with the lowest energy use, an initial boost in usage did lead to substantial increase in well-being, but this effect tapered off the more energy use increased, and it was possible to achieve what the researchers determined was a high level of well-being using 50 to 100 gigajoules (Gj) per year. For comparison, the highest 10 percent of energy users consumed more than 400 Gj a year while the lowest consumed a little less than 50.

“This is an encouraging result as it shows that living well within limits is already possible in present context,” the study authors wrote.

The results pointed to certain policy solutions that would reduce elite energy use and deliver climate justice, such as improving the insulation of homes and the efficiency and frequency of public transit while discouraging the high-energy lifestyles of the wealthy through policies like a levy on frequent flyers.

“Sufficiency can mean flourishing for all but sustaining the status quo of unchecked energy-intensive lifestyles of a few rich can be also disastrous for all,” the study authors concluded.