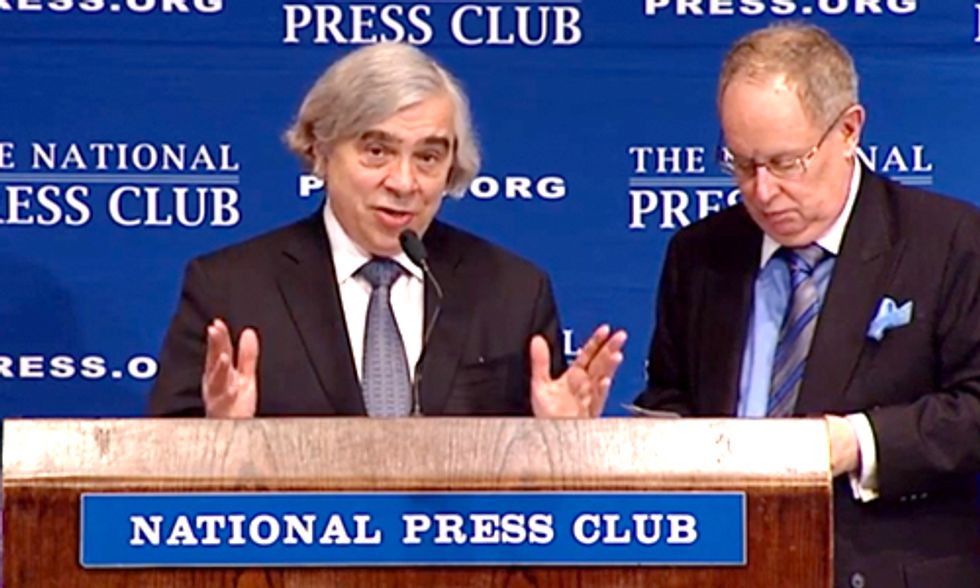 For all its talk about the need to deploy more clean energy, the Obama Administration continues to live up to its "All of the Above" policy stance.

Today, U.S. Department of Energy (DOE) Secretary Ernest Moniz announced the approval of a $6.5 billion loan for Southern Co. to build two reactors at the Alvin W. Vogtle Electric Generating nuclear site in Georgia. It's a plan the two sides have been discussing since 2010.

While Moniz touted the reactors as the first new nuclear facilities in the U.S. to begin construction and receive NRC license in nearly 30 years, environmental groups were appalled by the loan.

“We are disappointed that the Department of Energy wants to gamble billions of taxpayer dollars on dangerous and dirty nuclear power," said Anna Aurilio, director of Environment America’s Washington D.C. office.

"When it comes to curbing global warming, time and money are of the essence and nuclear power fails on both counts."

Moniz made the announcement at the National Press Club this afternoon. According to Matthew Daly, an Associated Press reporter who attended the event, Moniz refused to answer a Keystone XL question and reminded the crowd what "all the above" really means:

Moniz: "All of the above is not a slogan. It's a policy and a pathway." Embraces all forms on energy and starts w goal of reducing GHG's.

The Hill's Laura Barron-Lopez also tweeted a Moniz quote on climate change that seems to contradict providing a nuclear-friendly loan:

Moniz at #NPClunch: Patterns of climate change are alarming. DOE has role to play in response on preparing energy infrastructure.

The DOE is also working on a $1.8 billion conditional loan to the Municipal Electric Authority of Georgia, one of the project's partners. Moniz is scheduled to travel to the Georgia construction site tomorrow to officially mark the granting to the loan.

“Since these loan guarantees were proposed four years ago, truly clean energy sources such as solar and wind have made great headway," Aurilio said. "In Georgia alone, solar power jobs have more than doubled over the past year."

Aurilio argues that the Obama Administration needs to look no further than Fukushima, Japan to understand the devastation nuclear plants can cause. More than 30 environmental organizations filed a petition Tuesday asking the Nuclear Regulatory Commission to hold off on issuing any more reactor licensing for that very reason.

“Underscoring the enormous environmental threat from nuclear power, radiation continues to leak into the Pacific Ocean from the worst nuclear accident ever at the Fukushima Daichi plants," Aurilio said.

“It’s absurd to risk our health and environment when we can do so much better with efficiency, wind and solar power.”