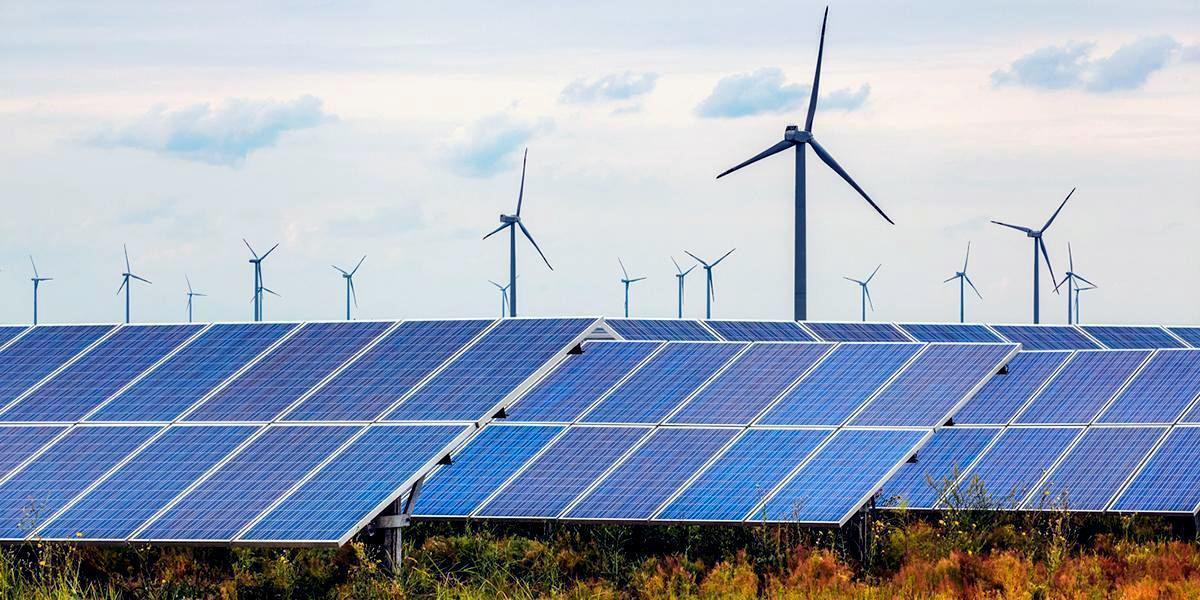 According to the latest issue of the Federal Energy Regulatory Commission’s (FERC) monthly Energy Infrastructure Update (with data through March 31), wind and solar provided 50.84 percent of the new electrical generating capacity added to the U.S. grid during the first quarter of 2017.

Thirteen “units” of wind totaling 1,479 MW combined with 62 units of solar (939 MW) exceeded the 2,235 MW provided by 21 units of natural gas and 102 MW provided by one unit of nuclear power. There was also 1-MW of capacity from “other” sources (e.g., fuel cells). In the first three months of the year, no new generating capacity was provided by coal, oil, hydropower, biomass or geothermal.

Moreover, the pace of growth of new solar and wind capacity is accelerating. For the first quarter of 2017, new capacity from those sources is 18.07 percent greater than that added during the same three-month period in 2016 (2,418 MW vs. 2048 MW).

By comparison, at the end of 2016, renewables provided 19.17 percent of the total generating capacity. If current growth rates continue, renewables should top 20 percent before the end of this year.

Generating capacity by renewable sources is now more than double that of nuclear power (9.10 percent) and rapidly approaching that of coal (24.25 percent). *

“The Trump administration’s efforts to reboot coal and expand oil drilling continue to be proven wrong-headed in light of the latest FERC data,” noted Ken Bossong, executive director of the SUN DAY Campaign.

“Once more, renewables—led by wind and solar—have proven themselves to be the energy sources making America great again.”

* Note that generating capacity is not the same as actual generation. Electrical production per MW of available capacity (i.e., capacity factor) for renewables is often lower than that for fossil fuels and nuclear power. As noted, the total installed operating generating capacity provided by renewables in 2017 is now 19.51 percent of the nation’s total whereas actual electrical generation from renewables for the first two months of 2017 (according to the latest U.S. Energy Information Administration figures) is roughly 18.2 percent. However, both of these figures understate renewables’ actual contribution because neither the U.S. Energy Information Administration nor FERC fully accounts for all electricity generated by smaller-scale, distributed renewable energy sources. FERC’s data, for example, is limited to plants with nameplate capacity of 1 MW or greater and thereby fail to include distributed sources such as rooftop solar.