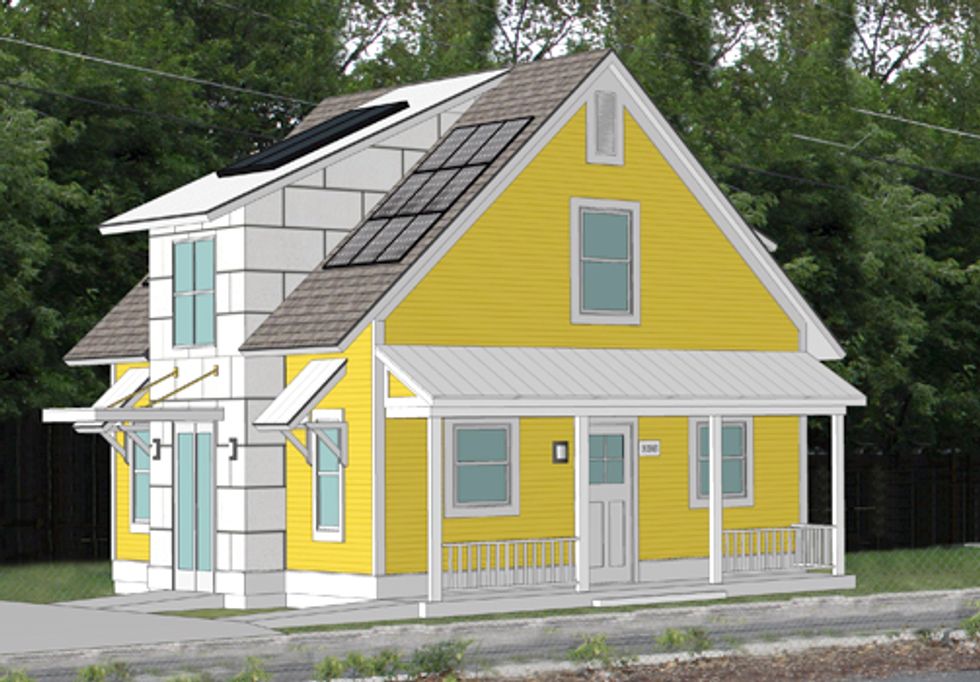 “It’s time to build a better America by investing in efficiency,” said Environment America’s Clean Energy Advocate, Courtney Abrams. “Bold efficiency measures that slash energy use in our homes and businesses can reduce pollution and save consumers money. The best part about making energy efficiency improvements is that they pay for themselves as consumers enjoy lower energy bills and a cleaner environment year after year,” said Abrams.

Right now, 40 percent of the energy used in America goes to heat, cool, and power our buildings. And because much of this energy comes from dirty and dangerous sources like coal, oil, and natural gas, this accounts for nearly half of global warming pollution in the country. Furthermore, much of this energy is wasted, flying out of leaky doors and windows. This high level of energy consumption pumps billions of tons of global warming pollution into the atmosphere and costs Americans $400 billion every year.

Making our buildings more efficient would:

“There's is no greater, more compelling and more cost-effective opportunity to save energy, cut emissions, improve energy security, and drive investment in the U.S. economy than energy efficient, green buildings,” Hartke said. “This report highlights how sound policy measures can accelerate the transformation we need towards cleaner, greener buildings today and a more efficient and resilient economy tomorrow.”

Environment America is calling on elected officials to support policies that will help us reach our efficiency goals, including:

The federal government is leading the way. In December 2011, the Obama administration announced $4 billion in combined federal and private sector funds for investments in energy efficiency improvements over the next two years. This fund includes a $2 billion commitment to energy upgrades of federal buildings using long-term energy savings to pay for up-front costs, at no cost to taxpayers. In addition, 60 CEOs, mayors, university presidents and labor leaders have committed to invest nearly $2 billion of private capital into energy efficiency projects. They will upgrade energy performance in office, industrial, municipal, hospital, university, community colleges and school buildings.

As documented in this report, successful efficiency programs and incentives at the federal, state, and local level are already paying off. The Edge House in Boulder, Colo. was built with careful attention to energy use, by sealing up the home’s energy envelope. The house is LEED-Platinum certified and produces as much energy as it needs through a 10KW photovoltaic system.

“There are already thousands of super-efficient buildings all around the country,” concluded Abrams. “Since most buildings last for decades, investing in energy efficiency locks in savings for years to come and builds a strong foundation for the future of our environment and our economy.”