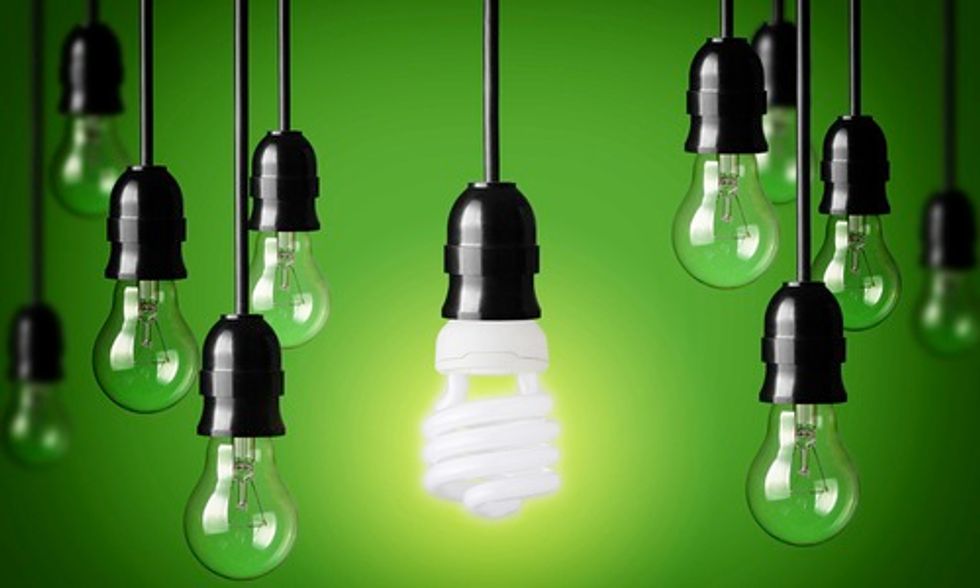 As we reflect on the accomplishments of our personal lives over the last year, let’s also revisit energy efficiency’s year, which, by the way, was pretty busy.

Enter ‘energy productivity.’  Technically, it has been around all along, but energy productivity rose to acclaim thanks to political advocacy by the Alliance and groups around the nation. We began to pay attention to the economic jump-starter that it can be—because who doesn’t want to get twice as much GDP for each national energy “dollar?”

It’s the foundation of Energy 2030, a set of landmark policy recommendations introduced this year by the Alliance Commission on National Energy Efficiency Policy that would double the nation’s energy productivity by 2030. And it also became a goal for the president when he challenged the country to “cut in half the energy wasted by our homes and businesses over the next 20 years” during the State of the Union, included doubling energy productivity as a key strategy in his Climate Action Plan, and when he announced the energy efficiency Race to the Top challenge for states in his 2014 budget (an Energy 2030 recommendation).

But it didn’t stop there.

Energy Efficiency Was Made a Game-Winning Strategy

The Administration embraced energy efficiency throughout the year by:

We also gained two staunch energy efficiency champions in the Administration, with the naming of Dr. Ernest Moniz as Secretary of Energy and Gina McCarthy as administrator of the U.S. Environmental Protection Agency (EPA).

The Department of Energy (DOE) kept busy, publishing methods for estimating energy efficiency savings, creating protocols that will offer consistency and increase the credibility of the reported savings from energy efficiency programs. And in his very first speech as Energy Secretary (which took place at the Alliance’s EE Global), Secretary Moniz pledged to address the backlog of delayed appliance and equipment standards. Most recently, the agency initiated the rulemaking process for establishing efficiency standards for electric motors. DOE estimates that the new rules, once implemented, will save up to $23 billion in avoided energy costs over 30 years.

Benchmarking Got Put in the Game

Cities across the country stepped up to the plate, putting in place rules that require large commercial buildings to benchmark and report on their energy use.

While we’re on the subject of buildings …

What do Atlantic City, Dallas, and California have in common? Building codes, that’s what!

“By dismissing efforts to roll back the historic 30 percent efficiency gains we won three years ago in the 2012 IECC, ICC governmental members avoided what would have been the single biggest step backward in energy efficiency ever adopted into the model energy code.”

Over the course of the year, a bevy of energy efficiency bills and amendments were offered in Congress.

Of acute importance is the bipartisan, comprehensive energy efficiency bill, the Energy Savings and Industrial Competitiveness Act (S.1392, and also known as the Shaheen-Portman energy efficiency bill) introduced by Sens. Jeanne Shaheen (D-N.H.) and Rob Portman (R-Ohio). In September, the Senate began consideration of Shaheen-Portman but the bill stalled on the floor due to the health care-related debate, government shutdown, and debt ceiling deadline. Reps. David McKinley (R-WV) and Peter Welch (D-VT) are sponsoring companion legislation(H.R. 1616) in the House.

This year also saw more than 40 pieces of energy efficiency legislation, many of which were introduced as potential amendments to Shaheen-Portman, including the:

However, because of a gridlocked Congress none of these bills or amendments were enacted into law. The Alliance will continue to work with the bill’s principals and other stakeholders to include the most effective amendments in next year’s iteration of the Shaheen-Portman bill.

This year energy efficiency made strides in a myriad sectors and levels of government, but I’m looking forward to a 2014 with even more action.