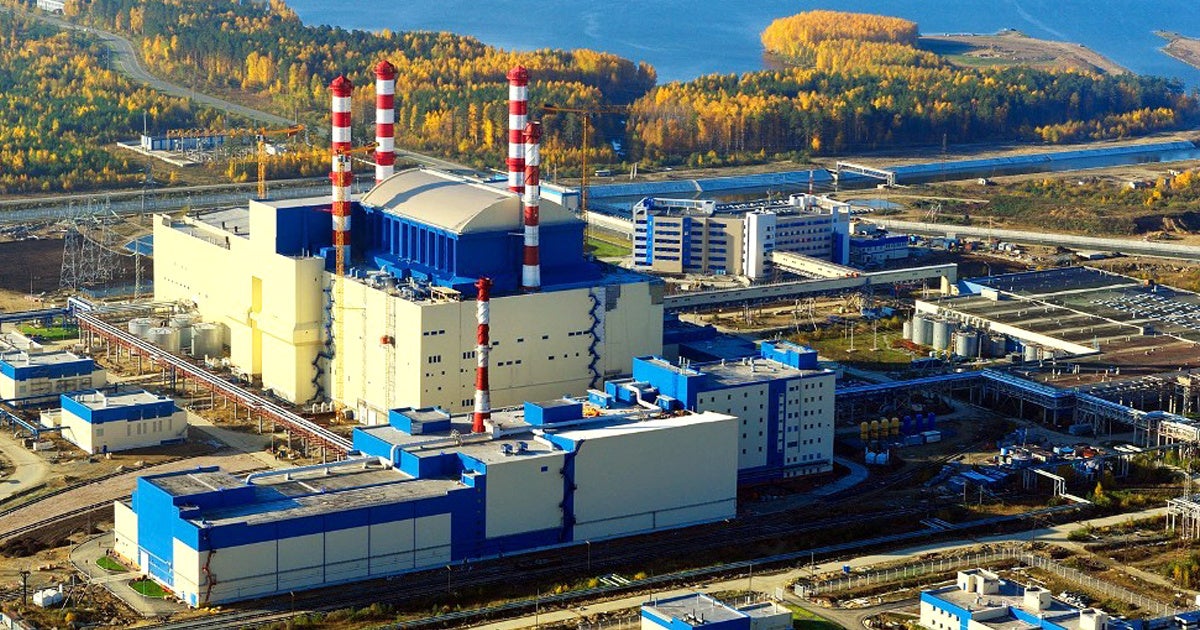 Edwin Lyman, a physicist at the Union of Concerned Scientists, was one of 30 U.S.-based scientists scheduled to speak at the quadrennial International Atomic Energy Agency (IAEA) conference on fast breeder nuclear reactors in Yekaterinburg, Russia, in late June. Lyman did not attend the previous two conferences, in Kyoto in 2009 and Paris in 2013, and was looking forward to rubbing shoulders with hundreds of scientists from around the world, including more than two dozen from U.S. Department of Energy (DOE) national laboratories.

Shortly after he arrived, however, Lyman learned that the 27 DOE lab scientists listed in the conference program were no-shows. One session featuring a panel of four DOE lab scientists talking about code development was cancelled outright, Lyman said, while a handful of other panel discussions, originally comprised of five to six speakers, soldiered on without U.S. participation. “On the first day, the DOE attaché at the U.S. embassy in Moscow gave a 20-minute talk about the U.S. fast reactor program and refused to take questions,” he said. “That was it for the Energy Department.” Three DOE scientists did attend the conference, according to the DOE, but none of them were part of the official program.

“Everyone was in shock that they didn’t show up,” Bogetic said. “It’s the most important conference for fast reactors, and it was a lost opportunity for U.S. scientists to share their work at a conference that takes place only every four years.”

Scientists planning to speak or present posters at the IAEA conference were asked to hand in their papers to conference organizers last December, five months before the event. The deadline was then extended into January, and at that point, the 27 DOE lab scientists were all on board to participate.

In early April, however, the DOE scientists received an email from Sal Golub, associate deputy assistant secretary for nuclear technology research and development at the DOE, indirectly telling them that the agency was not going to let them go.

“Yesterday,” Golub wrote, “we informally notified the IAEA conference organizers of the following: Representatives from the Department of Energy’s Office of Nuclear Energy and DOE/NE contractors at the National Labs are currently unable to travel to Russia, which means they will not be able to attend the IAEA’s Fast Reactor conference in June.” He also assured the scientists that the DOE was “working with the organizers to adjust the program to reflect our absence,” which obviously didn’t happen.

Golub gave no reason why DOE scientists were “unable” to travel to Russia, and, when I asked him for an explanation, he referred me to the DOE public relations office. Spokespeople at department headquarters in Washington, DC and the Argonne National Laboratory in Illinois—where 15 of the 27 missing DOE scientists are based—were equally unhelpful.

A DOE spokesperson in Washington, who declined to be identified, responded in an email: “We greatly value cooperation with the IAEA and plan to continue to do so whenever we can. The Department of Energy and the [U.S.] Embassy were represented at the event.”

Christopher Kramer, Argonne’s media relations manager, also avoided answering my question. “I can tell you that Argonne greatly values its relationship with the IAEA and plans to continue cooperation whenever we can,” he said in an email. “… From what I understand, Argonne did have two people in attendance at the conference in question.”

I emailed both PR officers back and again asked why the scientists weren’t at the conference. No response.

Finally, I called a random sample of the grounded scientists. It was another dead end.

“I wasn’t able to attend,” one said tersely. “I won’t talk about it.” Click. “We were told not to deal with outside media or organizations,” said another. Click. Two others were slightly more talkative, but neither could clear up the mystery. “I know very little about the decision” to cancel the trip, said one of the scheduled panelists. “It was above my pay grade. I basically followed orders from management.” The other scientist, a would-be poster session participant, was clearly perturbed. “The only reason I know is the [DOE] Office of Nuclear Energy wouldn’t let people go,” he said. “They didn’t give us a reason. I don’t know what their rationale is. Other U.S. government agencies are sending their people to Russia.”

Trump’s War on Science or a New Cold War?

So what’s the story behind the case of the missing DOE scientists?

It could come down to money. It’s certainly no secret that the Trump administration wants to slash DOE science spending. Just last month, for instance, the department closed its Office of International Climate and Technology, eliminating 11 staff positions. The office, which was established in 2010, provided technical advice to other countries on ways to reduce carbon emissions. The administration’s proposed federal budget, meanwhile, would cut the annual budget of the DOE Office of Science—the nation’s largest funder of the physical sciences—by 17 percent to $4.47 billion, its lowest level since 2008, not adjusting for inflation. Outlays for nuclear energy research would drop 28 percent. Even more drastic, the budget for the department’s Office of Energy Efficiency and Renewable Energy would plunge nearly 70 percent.

DOE spokespeople, however, didn’t cite financial constraints as a reason, and the cost of sending the scientists to Russia was presumably built into the fiscal year 2017 budget, which predated the Trump administration. In any case, Bogetic, the Berkeley grad student, told me that one of the scientists who wasn’t allowed to attend the conference asked the DOE if he could pay his own way. The answer was no.

It’s also tempting to chalk it up to the Trump administration’s war on science. Besides barring federal scientists from attending conferences, according to a new report by the Union of Concerned Scientists (UCS), the administration also has been preventing scientists from speaking publicly, dismissing key scientific advisors, denying public access to taxpayer-funded information, and ignoring scientific evidence to justify rolling back public health, environmental and workplace safeguards. No doubt, the administration’s hostility toward federal scientists may have been a factor.

The most likely explanation, however, is where the conference took place—Russia—and what it was about—nuclear energy.

U.S.-Russian relations, notwithstanding President Trump’s bromance with Russian President Vladimir Putin, have been deteriorating for quite some time. The White House is under investigation for colluding with Moscow to undermine Hillary Clinton’s presidential campaign, and Congress just passed tougher sanctions on Russia for meddling in the 2016 U.S. election, annexing Crimea, and supporting eastern Ukraine separatists.

Nuclear-related relations between the U.S. and Russia are also frayed. Last October, in response to U.S. sanctions, Putin suspended a U.S.-Russian agreement to dispose of excess weapons grade plutonium; an agreement to cooperate with the U.S. on nuclear energy-related research; and a pact between the DOE and Rosatom—the Russian state atomic energy corporation—to conduct feasibility studies on converting six Russian research reactors to safer, low-enriched uranium.

Putin’s actions didn’t get much media attention, but they should have. Writing in the Bulletin of Atomic Scientists last December, Siegfried Hecker, former director of the DOE’s Los Alamos National Laboratory, warned that “the Kremlin’s systematic termination of nuclear cooperation with the United States … sets the clock back, putting both countries at enormous risk and endangering global stability.”

Rosatom was the co-host of the June IAEA conference, which was held in Yekaterinburg mainly because the world’s largest operating fast reactor is only 35 miles away, at the Beloyarsk nuclear power plant. Conference participants were treated to a tour of the 880-megawatt BN-800 reactor, which began generating power last year, as well as its smaller predecessor, the BN-600, which has been running since 1980. There are only four other fast reactors currently in operation worldwide: one in China, two in India, and another one in Russia.

The IAEA conference, however, was not Russo-centric. Scientists from more than two dozen countries, including China, France, Germany, India, Japan, South Korea and Sweden, participated. And despite Russia’s suspension of nuclear cooperation with the U.S., U.S. scientists were welcome.

“Scientists shouldn’t be limited by political problems,” said Bogetic. “We are scientists. We need to communicate.”

Lyman, the UCS physicist who participated in a panel discussion at the conference, agrees. “With so many communication channels between the U.S. and Russia now cut off, it’s essential to preserve scientific cooperation in areas where there is common ground between the two countries,” he said. “Preventing DOE scientists from attending the IAEA conference—for whatever reason—was shortsighted and ultimately self-defeating.”