The UK Is Mired in an Energy Crisis, But Not on Energy-Efficient Goldsmith Street 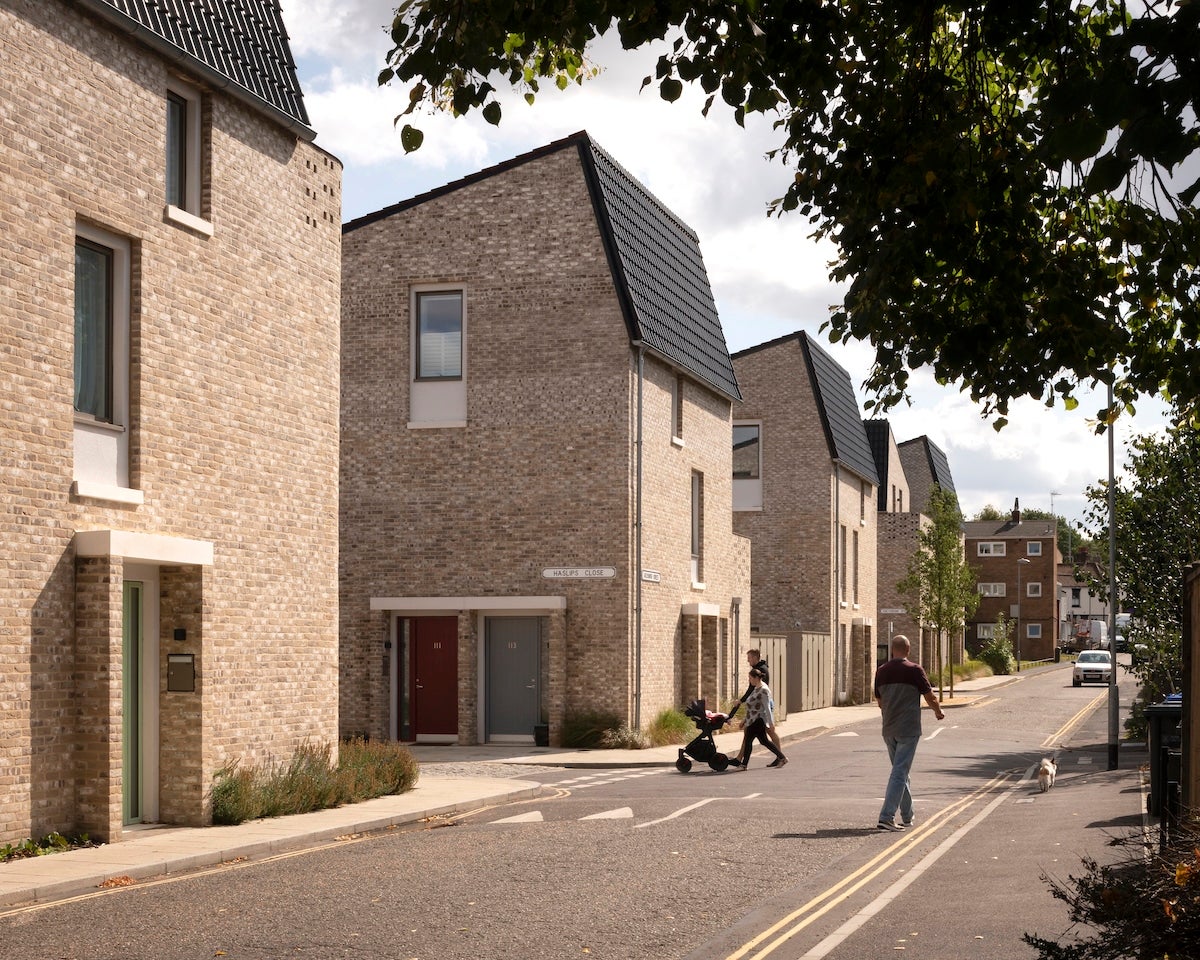 When the Goldsmith Street social housing development was completed in Norwich, UK, in 2019, it was the country’s largest residential complex built to energy efficient Passivhaus standards.

At the time, it was dubbed a “modest masterpiece” and won the Royal Institute of British Architects (RIBA) Stirling Prize. Now, as the UK braces for the first full winter of a cost-of-living crisis and the energy crisis prompted by Russia’s invasion of Ukraine, it is winning its residents something even more important: savings on their heating bills.

“We don’t have to put the heating on so it’s cheaper,” resident Jayed Abdas Samad told The Guardian. “We feel very lucky.”

Passivhaus standards were first developed in Germany and are the go-to standards for new construction there. Passive houses are built to maximize energy efficiency using the sun or internal sources for heating and shading for cooling, according to the Passive House Institute.

“Passive Houses allow for space heating and cooling related energy savings of up to 90% compared with typical building stock and over 75% compared to average new builds,” the website reads.

They are well-insulated with special windows and use a ventilation system that allows a constant flow of fresh air.

When architects Mikhail Riches and Cathy Hawley won a RIBA contest to design Goldsmith Street in 2008, they had not originally planned to build to Passivhaus standards, according to the Passivhaus Trust. But this changed based on inspiration from two other projects in Norfolk.

“Passivhaus is a good way of building because it both helps with fuel poverty and is aligned with our climate change agenda through carbon emissions reduction,” Norwich City Council senior housing development officer Andrew Turnbull said of the choice to embrace the standards.

Goldsmith Street consists of 93 homes across seven blocks. All of the homes face south, according to Riches’ website, and the architect estimated it would cost around £150 per year to heat them. For comparison, the average gas bill in the UK in 2021 was £575, according to Money Helper. This was before the energy crisis, however. Now, the UK government has capped the average combined gas and electric bills at around £2,500 per year for a regular household. The Passivhaus Trust,  however, estimates that the average bill in a Passivhaus home will be more than 62 percent cheaper at £947, according to The Guardian.

All of the tenants now living in Goldsmith Street qualify for social housing in Norwich, and, according to The Guardian, they are enjoying their new living arrangements. Samad said his home felt “like summer” despite a recent snowfall. Resident Peter Osborne said his household energy bill had only risen from £30 to £78 following an October price hike.

Osborne said moving to Goldsmith Street had allowed him to save money and pay back debts, but had also benefited his health.

“I’ve reduced some of my medications since coming here,” he told The Guardian. “Our previous flat had damp issues. It was depressing to be told by the landlord that it was our fault. Here we can dry clothes indoors in a day with no heating on.”