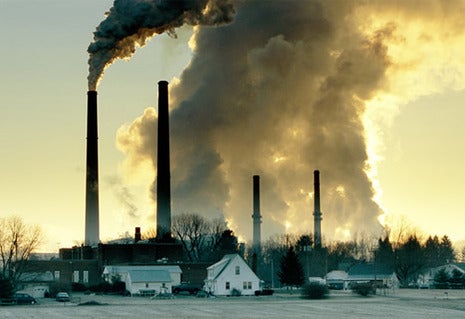 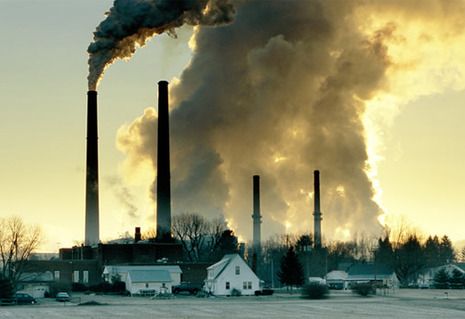 Earthjustice and the Environmental Integrity Project (EIP), on behalf of the Sierra Club, put Energy Futures Holdings Corp. and its subsidiary, Luminant Generation Company, LLC (formerly TXU) on notice Oct. 27 that the groups will sue the company for committing more than 38,000 alleged violations of the Clean Air Act.

The two notices of intent to sue are aimed at tens of thousands of ongoing air pollution violations at Luminant’s Big Brown and Monticello coal-fired power plants in Northeast Texas. Earthjustice’s notice targets the Monticello power plant located in Titus County and EIP’s notice targets the Big Brown power plant located in Freestone County. In September of 2010, the groups sued Luminant for similar violations at its Martin Lake power plant in Rusk County, Texas. That case is still pending. Earthjustice, EIP and the Sierra Club seek to compel Luminant to stop putting Texans’ health and lives at stake and bring its power plants into compliance with its air pollution permits.

“It’s high time for Luminant to act like a good neighbor and stop dumping harmful pollution on its neighbors within the state and outside the state,” said Earthjustice attorney Suma Peesapati.

In 2007, when TXU became Luminant through a highly leveraged buyout, the company promised to become a leader in environmental stewardship for Texas. However, three of Luminant’s coal plants—Big Brown, Monticello and Martin Lake—are the top three industrial polluters in Texas among nearly 2,000 industrial plants. These exceptionally dirty plants, combined, spew more than 25 percent of the state’s industrial air pollution and more than 46 percent of the state’s coal plant pollution, according to data Luminant filed in 2009 with the Texas Commission on Environmental Quality.

“Breathing excessive levels of harmful air pollution should not be a way of life for the people who live and work near Luminant’s plants,” said EIP attorney Erin Fonken. “Luminant must be held accountable for its thousands of violations and clean up its act.”

The formal notices of intent to sue filed Oct. 27 are a legal prerequisite to initiating a federal Clean Air Act citizen suit. The notices not only provide Luminant with the allegations of wrongdoing, but also provide a 60-day window for the federal Environmental Protection Agency to consider intervening in the suit.

“Luminant continues to avoid cleaning up these filthy plants even when their own emissions data show they are polluting at excessive levels, especially when compared to the rest of our industrial sources in Texas,” said Jen Powis of the Sierra Club. “The science is solid—air pollution harms people’s health, property and livelihoods and the emissions from these two giant coal plants are a big part of the problem.”

The notices target excessive levels of particulate matter, also referred to as soot. The company monitors the opacity of its smokestack emissions in order to meet safe soot levels. Luminant’s own data reveals that the Monticello power plant violated its allowed opacity limits nearly 18,000 times during the past five years. The company’s data reveals that the Big Brown power plant violated its opacity limits more than 20,000 times in the past five years and its particulate matter limits 370 times in the past three and a half years. Particulate matter emissions contribute to asthma, heart attacks, other serious illnesses and thousands of premature deaths every year.

Earlier this year, Sierra Club provided Luminant with reports based on the company’s own data demonstrating that Big Brown, Monticello, and Martin Lake also contributed to unsafe levels of sulfur dioxide near all three coal plants. The sulfur dioxide levels were demonstrated to be far higher than those deemed safe by the EPA in its national ambient air quality standards. For example, the data showed that, in a 5-mile radius surrounding the Big Brown plant, sulfur dioxide levels can reach nearly triple what is safe to breathe. EIP’s letter regarding the Big Brown power plant reminds Luminant that the plant’s sulfur dioxide emissions are causing pollution levels that harm the health of people living nearby and are prohibited by Texas air quality rules.

“Luminant operates some of the dirtiest coal-fired power units in the country,” said Dr. Neil Carman of the Sierra Club. “Collectively, the Monticello, Big Brown, and Martin Lake coal plants emit approximately 4,000 pounds per year of toxic mercury, over 185,000 tons per year of asthma-causing sulfur dioxide, and over 33,000 tons per year of smog-forming nitrogen oxides. Time is running out. Luminant must clean up these plants now.”