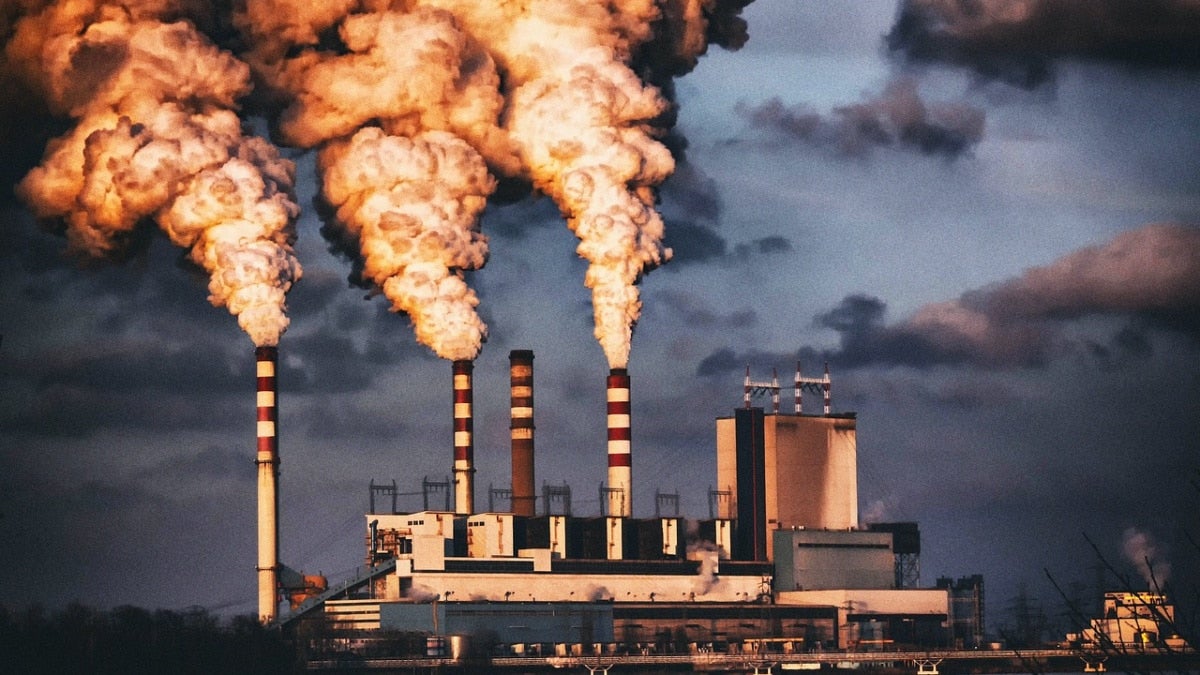 A new study finds only 10% of global energy utility companies are expanding their renewable energy capacity at a faster rate than their gas or coal-fired capacity. jwvein / Needpix

Only 10% of global energy utility companies are expanding their renewable energy capacity at a faster rate than their gas or coal-fired capacity. That is the main finding of a study by Galina Alova from the Smith School of Enterprise and the Environment at the University of Oxford.

The study, published in research journal Nature Energy, found that of the 3,000 utilities studied most remain predominantly invested in fossil fuels. And of those prioritizing renewable energy growth, 60% had not halted expansion of their fossil fuel portfolios.

The companies with the slowest transition tended to be larger and from outside Europe, Alova told DW. “The renewables-prioritizing cohort of utilities that I identified comprises companies that are overall larger and own a larger market share in the countries where they operate, compared to the other companies,” she said. “The key issue is that the majority of these companies continue in parallel to expand their fossil fuel-based capacity, although they do so at a slower rate.”

Her research highlights a gap between what is needed to tackle the climate crisis and “the actions being taken by the utility sector,” she added. These companies face the risk of carbon lock-in, given that a third of their fossil fuel capacity has been added in the last 10 years, so is here to stay for decades. “Unless it is retired early, it will render significant shares of their portfolios stranded,” Alova said.

“Although there have been a few high-profile examples of individual electric utilities investing in renewables, this study shows that overall, the sector is making the transition to clean energy slowly or not at all,” she said.

Alova believes inertia in the electricity industry is one key reason for the slow transition.

The Matter of Gas

The report found that 10% of utilities favored growth in gas-fired power plants, dominated by the US utilities exploiting the country’s shale gas reserves, followed by Russia and Germany.

“Renewables and natural gas often go hand in hand,” Alova said, adding that companies often choose both in parallel. “So, it might be just in media reports we are getting this image of investing in renewables, but less coverage on continued investment in gas.”

It might also be the case that gas is viewed as a transition fuel, relatively less carbon emitting and providing load-balancing services to intermittent renewables generation, Alova said.

Dave Jones, senior electricity analyst for independent climate think tank Ember, agrees with Alova that utilities have hindered the transition by “misunderstanding the future of gas.” Utilities have a mindset to build big centralized power plants, replacing a coal power plant with a gas power plant, he said. “Fortunately, most of the gas hype across the world is now dying down, as wind and solar now provide cheaper options for generating electricity,” Jones said.

Over a fifth of Europe’s energy was generated by solar panels and wind turbines in the first half of 2020, according to a report by Ember. Denmark came out on top, generating 64% of its energy from these renewable sources, followed by Ireland (49%) and Germany (42%).

In Ember’s half-year review released in July, renewables exceeded fossil fuel generation for the first time ever, producing 40% of the EU’s power, with fossil fuels contributing 34%. However, globally only a tenth of all energy was generated by these sources during the first half of 2020.

Last year saw the use of coal to generate electricity around the world fall by a record 3%. In part due to COVID-19, coal generation in the first half of 2020 again broke records with a drop of 8.3%. In the EU, the drop was higher, as coal energy generation fell by nearly a third. 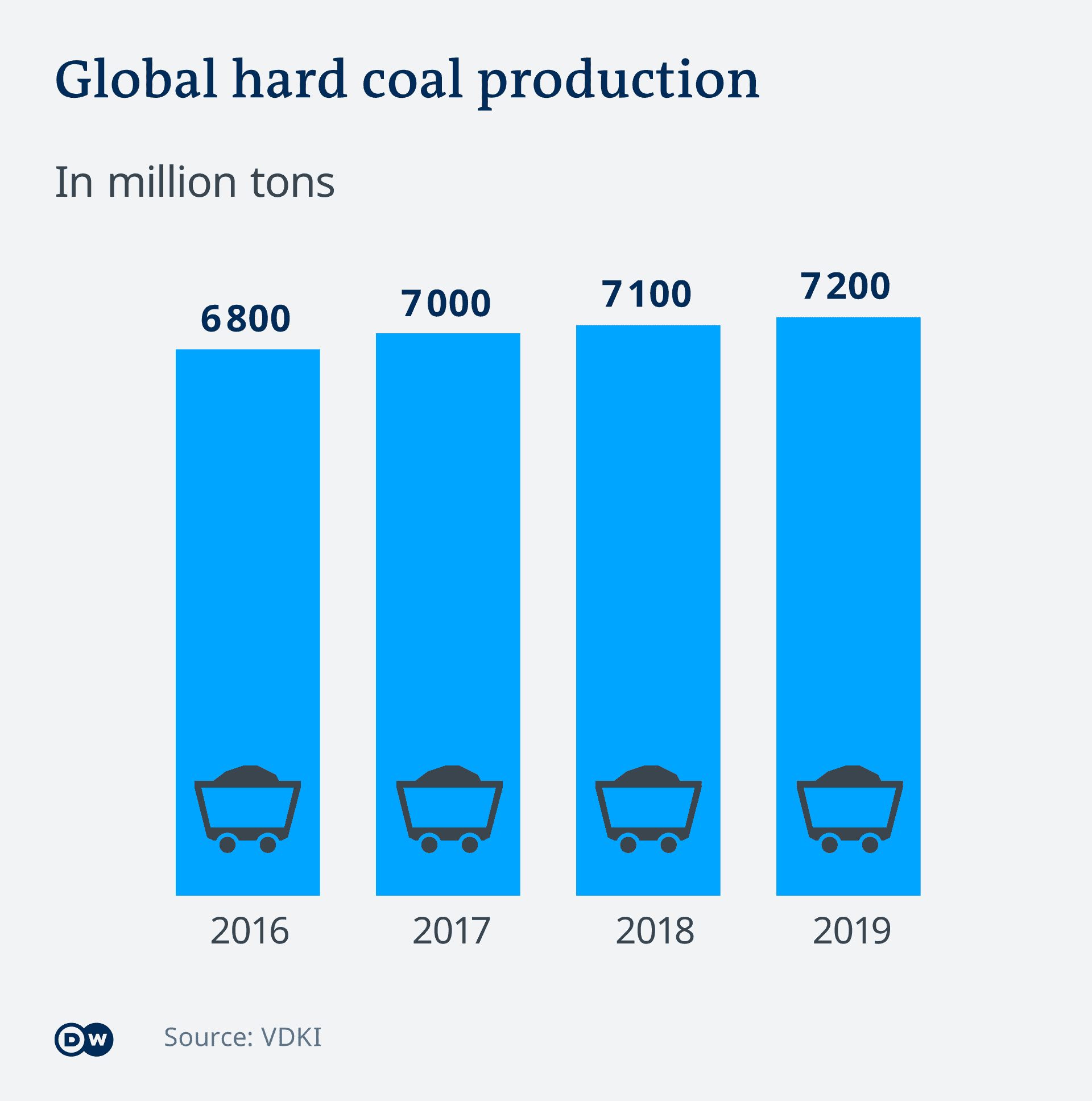 With many projects delayed by the pandemic, the global capacity to produce electricity from renewable sources is predicted to drop by up to 13% overall this year according to the International Energy Agency.

The world this year has generated one-tenth of its electricity from wind and solar, double from the 5% in 2015, and that increase has led to a fall in market share of coal generation, Jones added.

Valentina Kretzschmar from consultancy Wood Mackenzie says BP’s recently announced strategy has created a new industry benchmark. BP plans to increase investment in its low-emission businesses, including renewable energy, by tenfold in the next decade to billion (€4.5 billion) a year, while cutting back oil and gas production by 40%.

In July, Royal Dutch Shell won a deal to build a wind farm off the coast of the Netherlands, while France’s Total has agreed to make several large investments in solar power in Spain and a wind farm off Scotland. Total also bought an electric and natural gas utility in Spain. Shell has said it will delay offshore oil fields in the Gulf of Mexico and in the North Sea.

US giants like Exxon Mobil and Chevron, however, have been slower than their European counterparts to commit to climate goals.

“I have seen a substantial shift between companies in the fossil fuel clusters toward renewables,” Alova said. “This signals that the companies that have been growing fossil fuel portfolios in the earlier time periods might be switching to renewables more recently.”