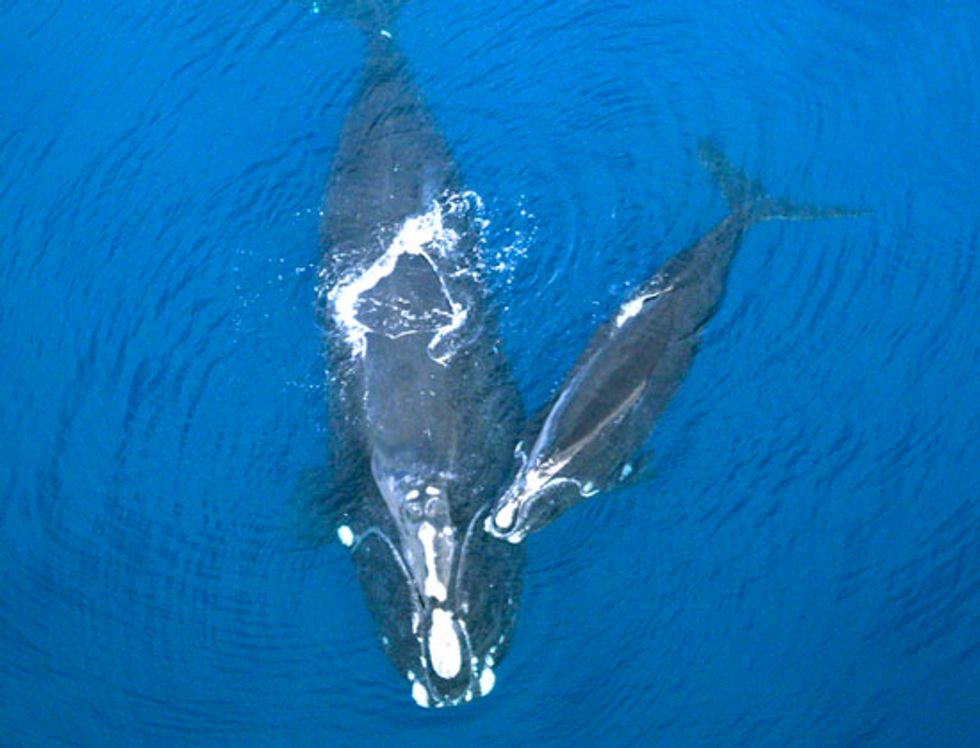 Each year, endangered whales become entangled in commercial fishing gear. Entanglement makes it harder for them to swim, feed and reproduce and it can cause a chronic infection or even drowning.

Already, 2011 has seen the death of two right whales from entanglement, as well as at least seven additional new entanglement reports for right whales. Since June alone, eight endangered humpback whales have been reported with first time entanglements.

“Every single right whale counts when it comes to ensuring the species’ survival, but the fisheries service continues to place whales at risk of injury and death,” said Sharon Young, marine issues field director for The Humane Society of the U.S. “Safeguarding the right whale from entanglements in fishing gear is a vital step towards moving this species out of the emergency room and onto the path to recovery.”

“In an increasingly busy ocean, the survival and recovery of the North Atlantic right whale depends on protecting each individual from entanglement-related injuries and deaths,” said Regina Asmutis-Silvia, senior biologist for Whale and Dolphin Conservation Society.

See what Defenders of Wildlife is doing to make waters safer for critically endangered right whale by clicking here.