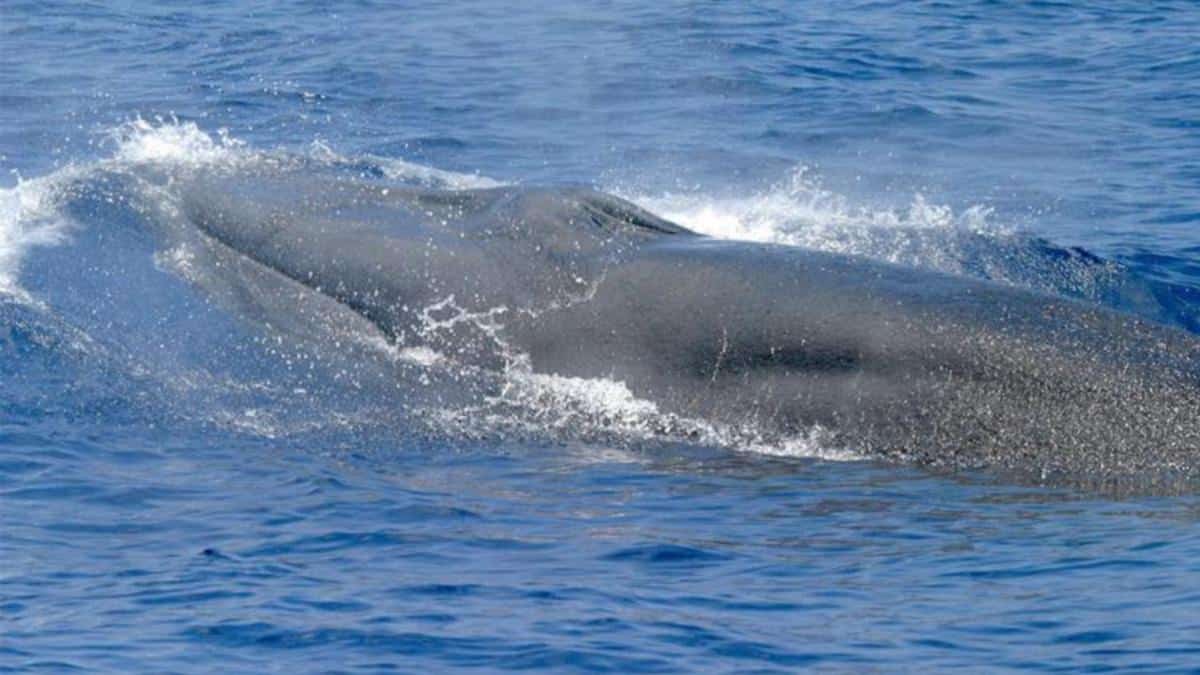 Until recently the critically endangered Rice's whale were classified as a subspecies of Bryde's whale. NOAA

Scientists have determined that a critically endangered group of whales in the Gulf of Mexico is actually a new species.

The small group of whales were previously classified as a subspecies of Bryde’s whale, but a paper published in Marine Mammal Science last month analyzed their DNA and skeletal shape to reveal a different story. The discovery highlights the importance of conserving this population, since around 33 remain.

“A very exciting paper!” Lori Schwacke, a chief scientist for conservation medicine at the National Marine Mammal Foundation, told The Associated Press. (Schwacke was not involved with the paper.) “It’s such a small population in the Gulf of Mexico that marine scientists and managers were already focused on conservation efforts for them, particularly after the Deepwater Horizon oil spill. But now confirming that these whales are indeed a previously unknown species really raises those stakes.”

Scientists first determined that the whales were living in the Gulf of Mexico year-round in the 1990s, NPR reported. At the time, scientists identified them as a species of Bryde’s whales, but there were signs that indicated otherwise. For one, Bryde’s whales tend to roam the world’s oceans, while the Gulf whales stayed close to home, The Times-Picayune / The New Orleans Advocate explained. Secondly, the Gulf whales caught fish by deep diving instead of eating fish closer to the surface.

In 2008, scientists with the National Oceanic and Atmospheric Administration (NOAA) examined genetic samples and learned that the Gulf whales’ were unique, NOAA reported. The clincher came in 2019, when one of the whales washed up dead in Florida. This allowed scientists to compare its skull to other whales and confirm the separate species.

“I was happy but also sad because we’d lost a whale from such a small population,” Patricia Rosel, study leader and NOAA scientist, told The Times Picayune. “But it allowed us to confirm it’s a different species. That’s such a great scientific step forward and could help with its conservation.”

The new species is called Rice’s whale for biologist Dale Rice, the first to identify a population of whales living in the Gulf of Mexico. They can grow to be 42 feet long and 60,000 pounds, five times the weight of an elephant, according to NOAA. Like Bryde’s, they are also a species of baleen whales. This means that instead of teeth, they have baleen plates that filter animals such as krill and small fish from sea water, Whale & Dolphin Conservation explained.

Rice’s whales are critically endangered, but retain the protections they had as a subspecies under both the Endangered Species Act and the Marine Mammal Protection Act, NOAA said. If the whales’ new name is accepted by the Society for Marine Mammalogy Committee on Taxonomy, then NOAA will update the listing.

The main threats to the whales are vessel strikes, underwater noise, fossil fuel exploration, oil spills and fishing gear entanglements. It doesn’t help that the whales congregate in DeSoto Canyon, one of the busiest shipping and drilling areas in the Gulf, The Times Picayune reported. The Deepwater Horizon oil spill in 2010 killed about 17 percent of the species and likely caused lasting health and reproduction problems. More recently, relaxed rules surrounding seismic blasts for oil and gas exploration further endangers the whales.

“This whale is part of what makes the Gulf unique,” Jasny said. “Hopefully naming this new species will help people recognize that there is a magnificent creature in the Gulf of Mexico, and it’s worth saving.”