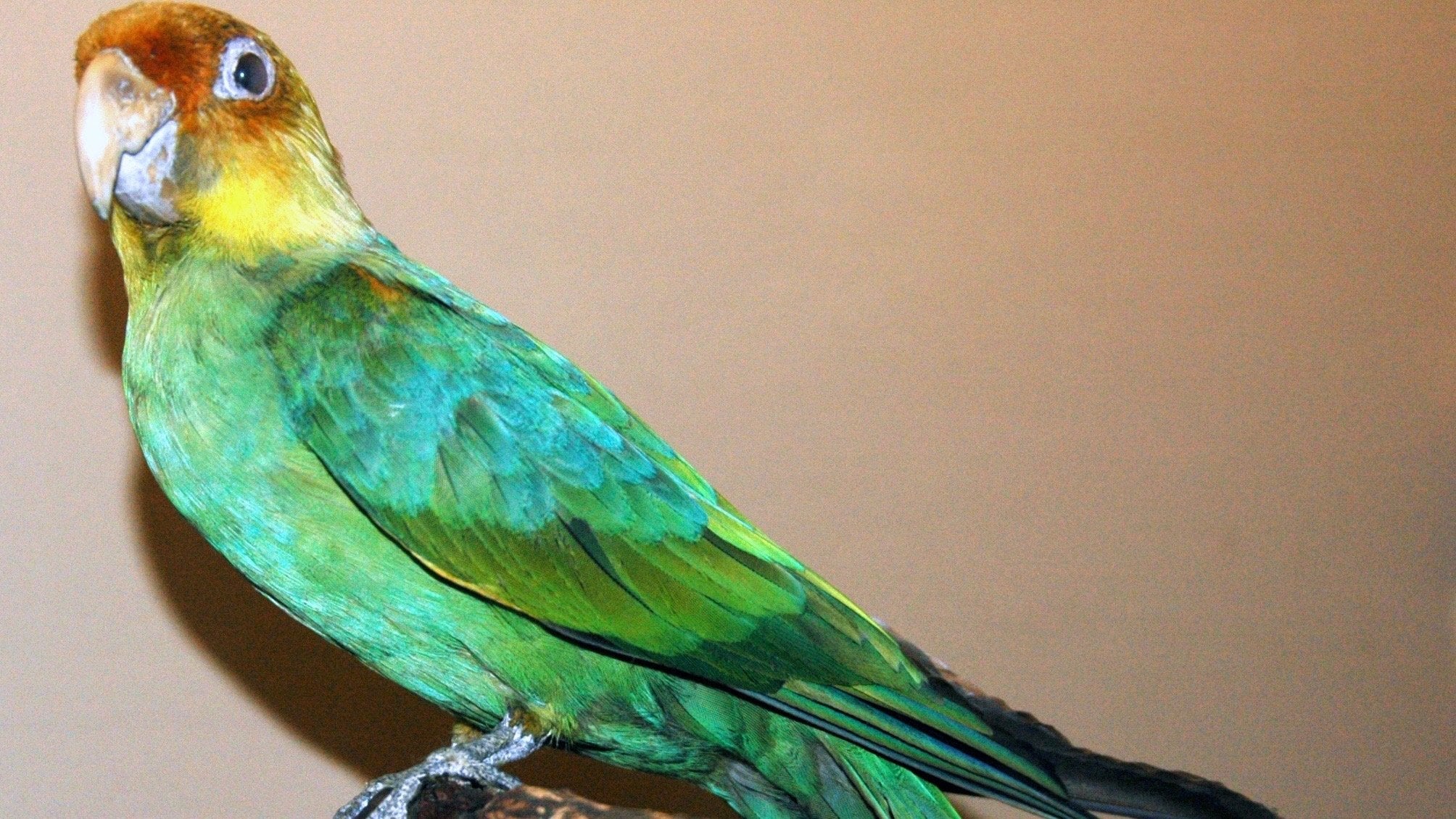 The Carolina parakeet, the only parrot species native to the U.S., went extinct in 1918 when the last bird died at the Cincinnati Zoo. Now, a little more than 100 years later, researchers have determined that humans were entirely to blame.

How? Researchers sequenced the bird’s genome and found none of the signs of inbreeding or population decline that usually mark an endangered species‘ slow road to extinction.

“As such, our results suggest its extinction was an abrupt process and thus likely solely attributable to human causes,” the study, published in Current Biology Thursday, concluded.

📕 Researchers from @IBE_Barcelona and #globeinstitute led by Carles Lalueza-Fox have reconstructed the complete genomic sequence of the extinct #Carolinaparakeet 🦜🦜, revealing that its extinction was driven by human causes. Image credit: Marc Durà. ➡️ https://t.co/TLwVV6KHgl pic.twitter.com/uZgPo9ceZh

The Carolina parakeet once ranged from New England in the North to Florida in the South to Colorado in the West, according to National Geographic. But the bright green, orange and yellow birds were killed by farmers as pests and by hunters for their feathers, which were popular in hats. They also tended to flock around dead comrades, making them more vulnerable to attack. Tree clearing for agriculture also threatened their survival. As early as 1832, American naturalist John James Audubon observed that their numbers were decreasing, BBC News explained.

But until now scientists were unsure that humans were entirely to blame for their extinction, National Geographic noted. They thought natural disasters could have divided populations from each other, or that diseases caught from poultry could have played a role.

Scientists put those suspicions to rest by sequencing the genome of a preserved parakeet found in a private collection in Ginora, Spain. To fill in the gaps, they first sequenced the genome of the South American sun parakeet, a close living relative.

Study co-author Carles Lalueza-Fox, from Barcelona’s Pompeu Fabra University (UPF), explained to BBC News why the results pointed to human-caused extinction. If a population shrinks and declines slowly, the chromosomes from the specimen’s mother and father will be very similar or identical. The chromosomes of the Carolina parakeet specimen were distinct, suggesting it belonged to a larger population.

“The inference is that this bird was not subjected to a very long demographic decline for thousands of years, it was something very quick,” Lalueza-Fox told BBC News.

Further, the scientists found no evidence of any poultry disease in the genome, National Geographic reported.

The study was the work of the Globe Institute at the University of Copenhagen and the Institute of Evolutionary Biology (IBE), which brings together UPF and the Spanish National Research Council (CSIC) in Barcelona, according to a UPF press release published by Phys.org.

The study was partly conducted because there is interest in seeing if it would be possible to bring the Carolina parakeet back from extinction, the IBE Twitter feed noted.

This project started in the catalan popular science programme @quequicom33, when @pererenom contacted #LaluezaFox, wondering if it would be possible to de-extinguish the parakeet from a naturalized specimen. pic.twitter.com/bNYpWtp2xx

But Lalueza-Fox said the results showed how hard this would be.

“Despite the Carolina parakeet appears in all de-extinction lists, we found hundreds of genetic changes predicted to be deleterious with the closest living relative, the sun parakeet, which indicates the enormous difficulties of undertaking such enterprises,” Lalueza-Fox said in the press release.

However, the research could help save endangered species today. Because the species went extinct during a period of rapid industrialization, understanding the process could help us save species threatened by contemporary urbanization.

“We need to get at which human activity was largely to blame and how we can prevent the same thing happening to others,” Cary Institute of Ecosystem Studies ecologist Kevin Burgio, who was not involved in the study, told National Geographic.