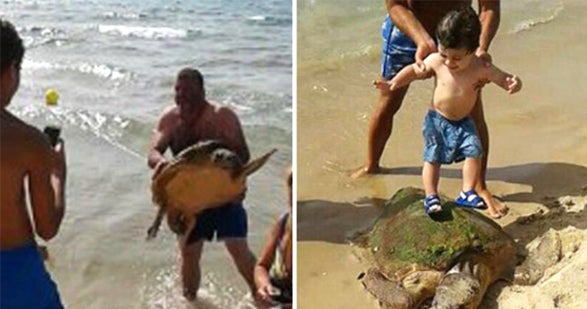 A loggerhead sea turtle is recovering from injuries sustained after being dragged from the ocean by beachgoers for a twisted photo-op, according to multiple reports.

At one point, adults photographed a crying child who appeared to be standing on top of the animal’s shell. It is also reported that after the photos were taken, members of the crowd began hitting the turtle with sticks.

Local groups were successful in rescuing the turtle from the beach in Beirut where the incident occurred but claimed that the animal would likely have died from the injuries had they not acted. X-rays showed that the blows broke through the top of the turtle’s head, allowing seawater to reach the sinus cavities. Not only was this horrible display of human behavior disgustingly callous and cruel, it was also illegal, according to a Lebanese agricultural law which prohibits poaching marine animals. Loggerhead sea turtles have been endangered since the 1970s.

How many more animals must suffer before this ends?

Selfie-obsessed mobs are tormenting—and killing—animals all over the world for “likes” on social media. Earlier this month, news broke of a similar incident in the Dominican Republic, where a shark was pulled from the ocean by a crowd of tourists and local hotel staff, who then smiled and took photos with the animal’s dead body.

Animals are not selfie props. If there’s any risk that your photo is going to hurt or stress an animal, it’s not worth it. 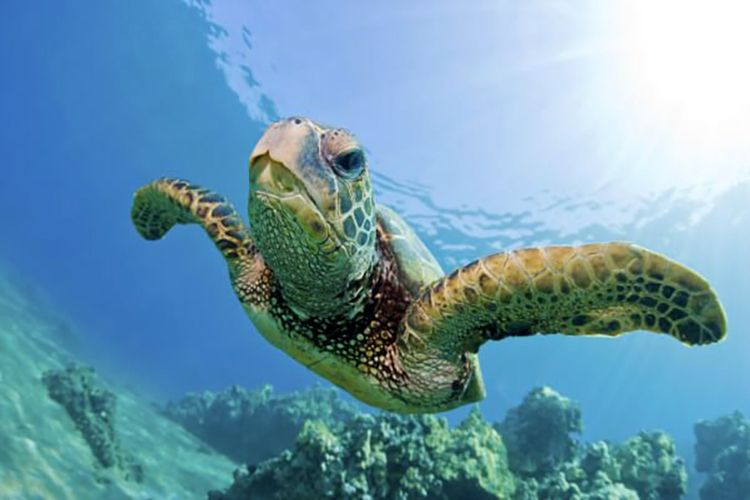 Help us battle this deadly trend by sharing this turtle’s story with your friends, family and social media followers. Let them know that animals’ lives are worth so much more than Instagram likes.