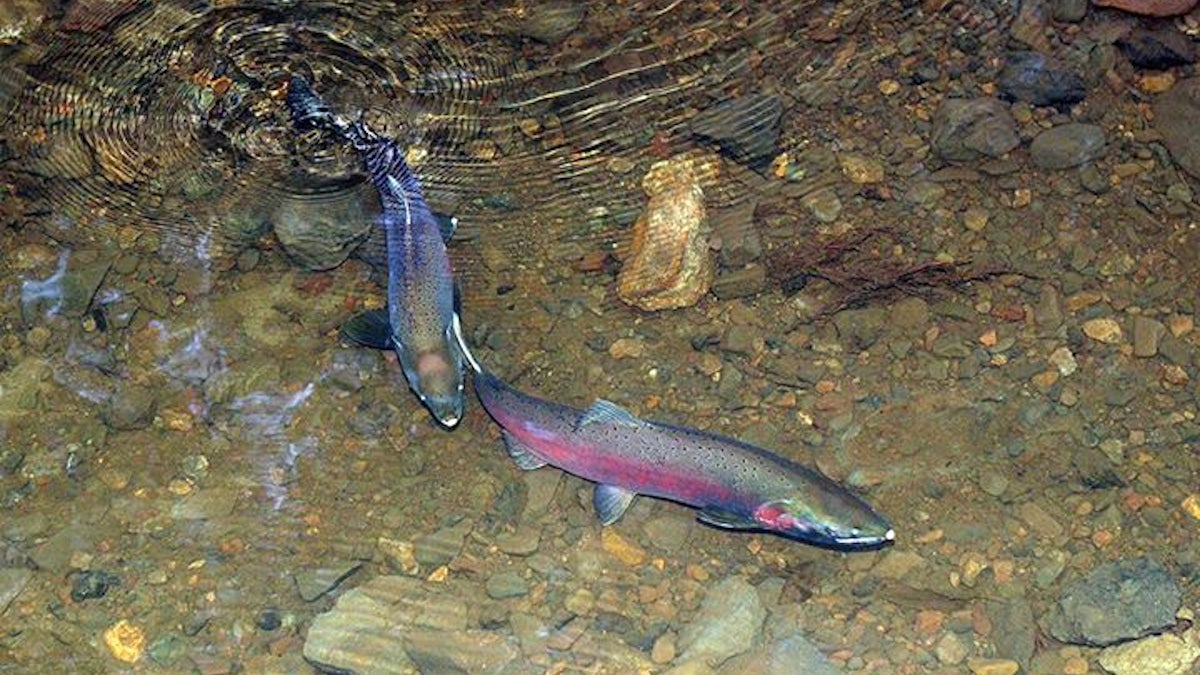 After an 18 year absence, endangered salmon have returned to a Bay Area stream.

“It is amazing to see these giant two-foot fish in the small creeks, some no wider than than six feet wide,” Ayano Hayes, the biologist behind the sightings, said in a SPAWN press release. “This is extremely exciting and is the result of big storms that have let coho salmon maneuver through culverts under roads that are a barrier to migration under lower flows.”

Coho salmon once flourished in waterways along the coast of central and northern California, according to the California Department of Fish and Wildlife. However, their numbers have fallen rapidly since the middle of the twentieth century because of habitat loss, interaction with hatchery fish, overfishing and climate change. This decline is especially evident in the Bay Area.

“In the southern part of their range, Coho Salmon are now absent from all tributaries of San Francisco Bay and many streams south of the Bay,” the California Department of Fish and Wildlife noted. “This is likely associated with adverse effects from increased urbanization and other human developments on watersheds and fish habitat.”

SPAWN regularly spotted salmon in San Geronimo creeks during the 1990s, but they had all but disappeared until this year, when heavy rains allowed them to overcome road culverts that normally block their passage. SPAWN also succeeded in removing a dam on the former San Geronimo Valley golf course last year.

“This spawning season demonstrates the importance of the San Geronimo Valley and its tributaries to the recovery of coho salmon and steelhead trout in Marin,” SPAWN founder and executive director Todd Steiner said in the press release. “We need to protect creekside habitat, limit construction of new impervious surfaces, and continue to remove all barriers to fish migration by replacing our old culverts, many decades old and in need of repair with fish-friendly culverts.”

Heavy rains and dam removal have also eased the passage of the even larger Chinook salmon, which were spotted in Woodacre Creek for the first time ever. Record-high rainfall in October coincided with the Chinook salmon’s fall migration to freshwater, allowing them to reach several Bay Area tributaries, the California Department of Fish and Wildlife fisheries staff said, as CBS SF reported.

“Chinook salmon stray for a lot of reasons, including natural repopulation strategies, lack of attraction flows coming from natal streams, release location and large attraction flows at the right time of year,” state wildlife officials said in a statement reported by CBS SF.

The return of the salmon is a welcome sight for local residents.

“For the first time I have seen in my lifetime, salmon are spawning as far up the watershed as the end of Oak Grove Avenue,” Woodacre resident Brian Staley said in the press release. “Big healthy animals are a fantastic thing to see!”