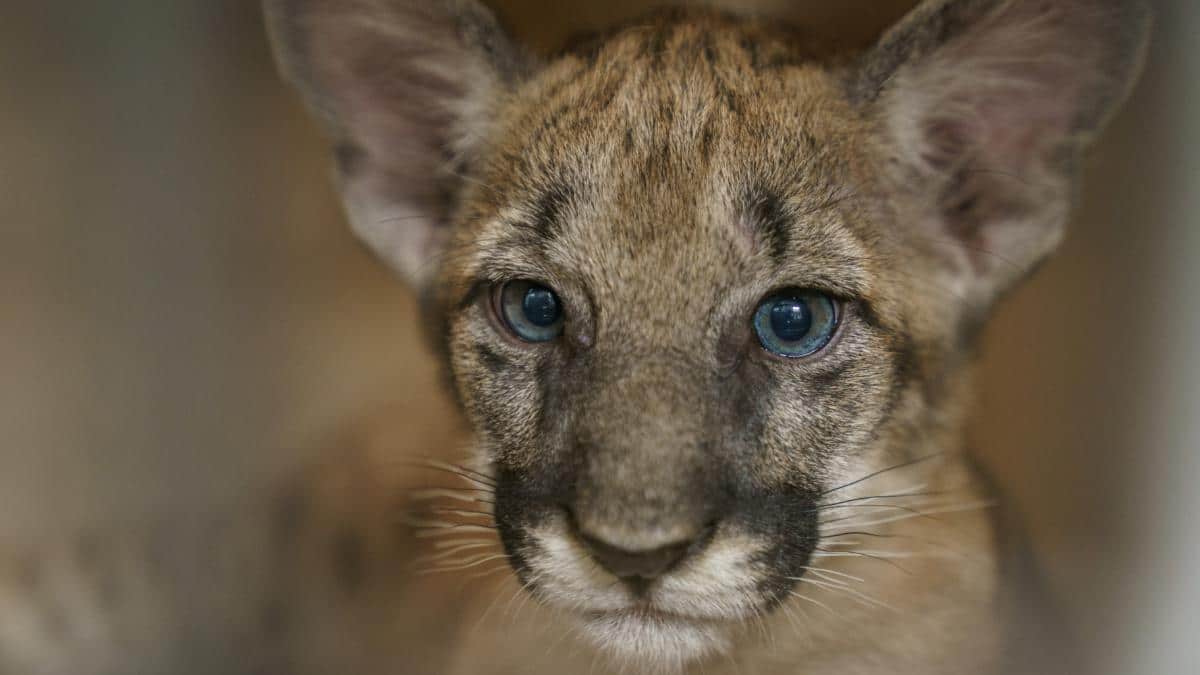 The presence of Florida panther kittens is a hopeful sign for species recovery. Carlton Ward Jr.

“How America’s most endangered cat could help save Florida.”

As its headline promises, National Geographic’s latest feature on the endangered Florida panther explores the unspoken, symbiotic relationship between the big cats and the humans they must coexist with. The article also showcases intimate, rare photographs of the panthers, which took five years to capture.

According to the National Wildlife Federation (NWF), Florida panthers are actually a subspecies of mountain lion — the only one remaining in the Eastern U.S. They’re also known as pumas and cougars. The subspecies’ historic range once extended from Florida to Louisiana throughout the Gulf Coast states, and even Arkansas, NWF reported. Today, wild Florida panthers can only be found in southwestern Florida.

Hunting decimated the population, and the species was among the first to be added to the U.S. endangered species list in 1973, with fewer than 30 individuals remaining, according to the National Geographic article. Habitat loss compounded the issue. With such a small population, inbreeding, which could lead to diseases and genetic malfunctions, was of particular concern. Journalist Douglas Main wrote the feature story, and he shared in a twitter thread how many people feared that Florida’s panther had gone, or would soon go extinct, during that decade.

A massive conservation effort ensued, including bringing in eight Texas mountain lions to breed with the native Florida population in order to inject fresh genetic diversity into the population, Main said.

However, the subspecies is still so critically endangered that it remains vulnerable to “just about every major threat,” NWF reported. Habitat loss is the biggest obstacle.

According to the U.S. Fish and Wildlife Service (FWS), Florida panthers require large, contiguous areas of suitable land to live on. They are solitary and roam widely in order to meet their social, reproductive and energetic needs, FWS reported. Unfortunately, they are still restricted to less than five percent of their historical range, the report noted.

As more people move to Florida, continued development threatens the little remaining open land and panther habitat. For panthers, this is a huge challenge to recovery, and has increased cat-on-cat territorial spats and car collisions — the leading causes of death, National Geographic reported. About 25 Florida panthers are killed annually by vehicles, a devastating blow to a tiny population and “a reflection of how development and road construction threaten the species at a time when roughly 900 people are moving to Florida every day,” the story detailed.

The conservation efforts worked to save the panther from the brink of extinction, but they’re still very much at risk, said National Geographic Explorer Carlton Ward Jr. Ward is an eighth-generation Floridian and habitat protection advocate, as well as the photographer who spent five years capturing the panther images for the feature. 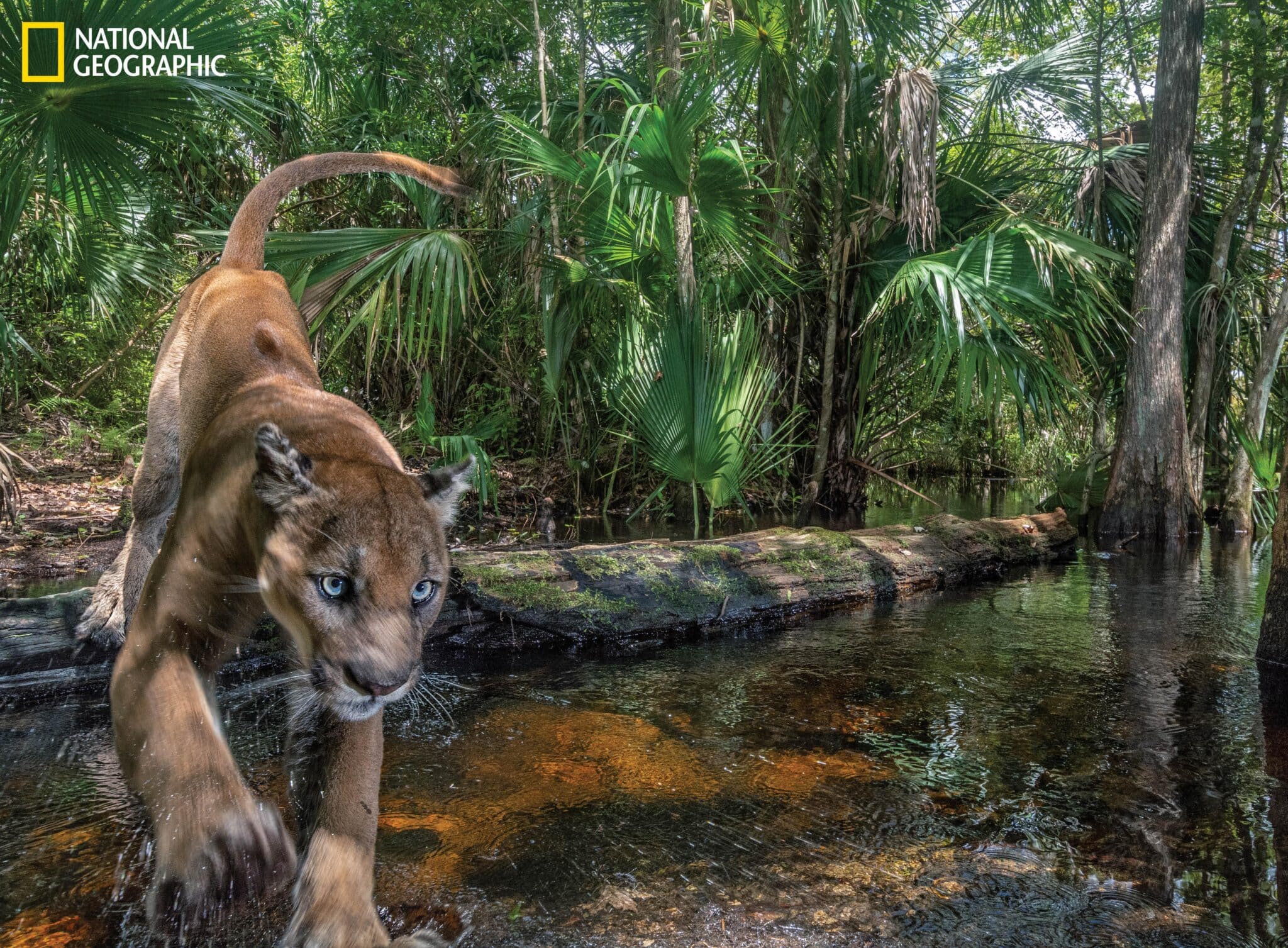 A male panther leaps over a creek at Florida Panther National Wildlife Refuge in southwestern Florida. The rarely seen cats, which number only around 200, are reclaiming territory north of the Everglades, but their habitat is threatened by encroaching suburban sprawl. Carlton Ward, Jr.

For Ward, it became an obsession to document the elusive, endangered cats, and the pictures reflect that. “The lead image for the story, a panther jumping across a log around a flooded section of swamp, that picture took two years to capture,” he admitted.

For five years, Ward set up state-of-the-art camera traps throughout the Florida woods and swamps. He shared with EcoWatch what he learned about the need to continue balancing Florida’s tremendous population growth with conserving the iconic species.

“We need to cultivate a culture of coexistence,” Ward said. “If the panther goes extinct, I will be worried about all the other wildlife and people in Florida, because it means we will have missed the opportunity we have now to conserve enough land to ensure balance between wildlife and people.”

Today, the panther population has grown to roughly 200, and Ward’s photos show that the cats are moving northward to reclaim old territories. This is critical, because northward expansion is the only path for long-term survival, Main wrote in National Geographic.

“The southern tip of Florida is not enough land to sustain a genetically viable, resilient population of panthers,” Ward told EcoWatch. “The cats can only continue moving north if the Florida Wildlife Corridor, a patchwork of public and private lands that run through the state, is preserved. The Florida Wildlife Corridor is the lifeline and path of recovery for panthers.”

Yet this requires the participation of landowners and ranchers, who need more conservation funding to prevent their open spaces from becoming subdivisions, parking lots and roads, Main explained in the story. Conservation easements use up development rights while allowing the owners to continue farming and ranching, Main said.

“The land is still there. We have a moment right now where we can choose to conserve,” Ward told EcoWatch. “Hundreds of landowners are open to conservation as an alternative to development. They’re waiting for conservation easements or to sell their land for national parks. We need to meet this opportunity.” 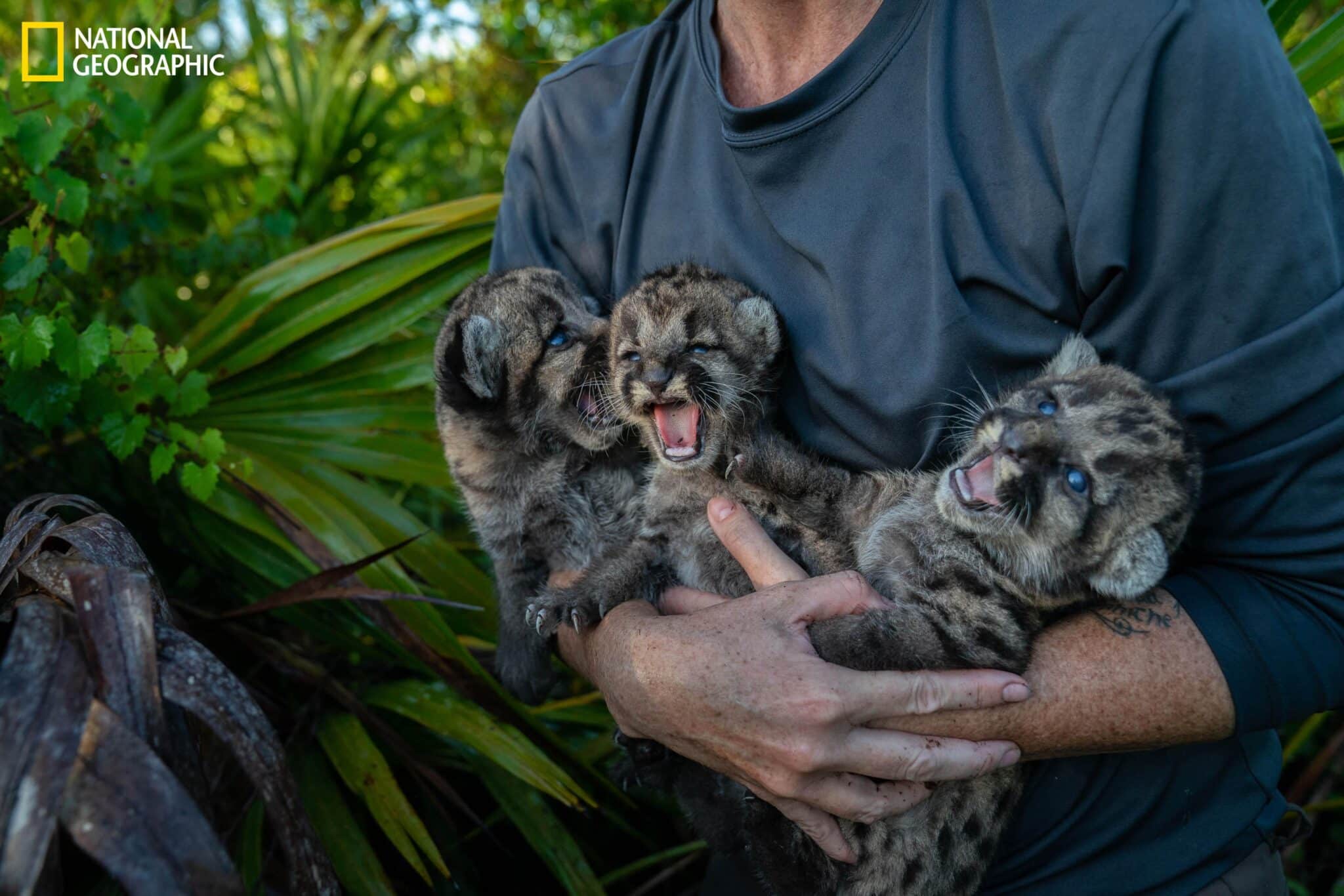 Wildlife veterinarian Lara Cusack handles more kittens belonging to FP224. These young cats were measured and given immunity boosters while their mother was hunting away from the den. When panthers have space and protected habitats, their populations can grow. Only about one in three Florida panther kittens survives to adulthood. Carlton Ward Jr. / National Geographic Society

Landowners and ranchers, who were traditionally pitted against panthers when their cattle were eaten, will also benefit from increased protections for the cats. “On the Endangered Species Act, do you see ‘cowboy’ or ‘rancher’ written on it? No, but we benefit from the protections afforded the panther,” Main quoted Florida rancher Elton Langford. “Both share a common enemy: Development,” Main wrote.

People with multi-generational connections to the land share something in common with a species that’s lived there for 20,000 years, Ward said. Both need the land to remain intact and open.

“There is common ground and common threat and common opportunity,” Ward concluded. “That’s where I feel the most hope — in how much common ground there is in saving a species, helping sustain a way of life and in sustaining the headwaters of the Everglades and the water supply. The panther is a great icon for everyone to conserve all of this.” 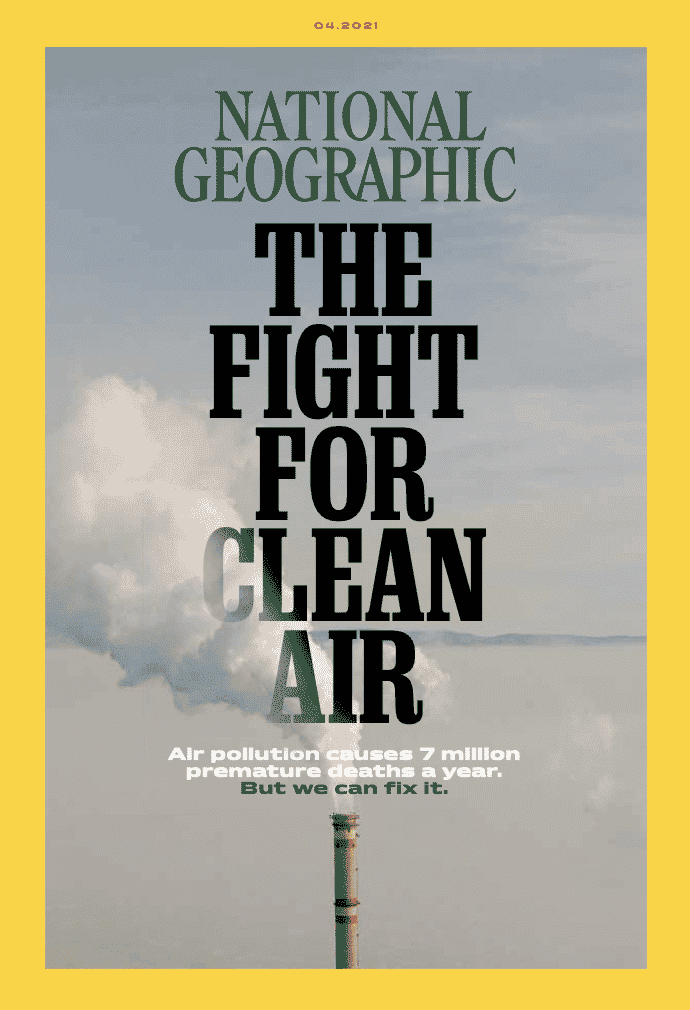