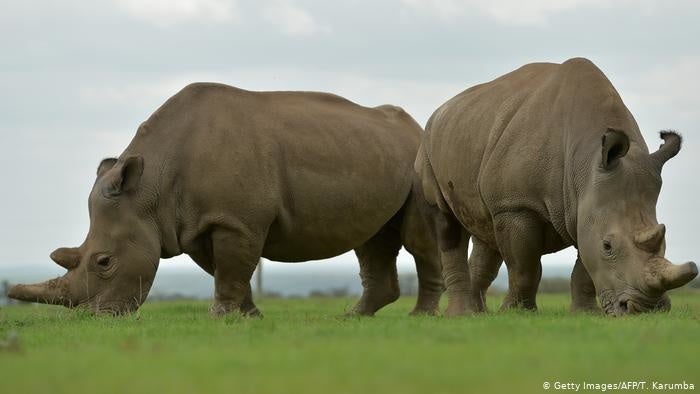 Scientists are hoping to impregnate the closely-related southern white rhino — the most abundant rhino sub-species in the world — using harvested eggs from the last two northern white rhino cows and frozen sperm collected from four rhino bulls before their deaths, an international science consortium said on Wednesday. 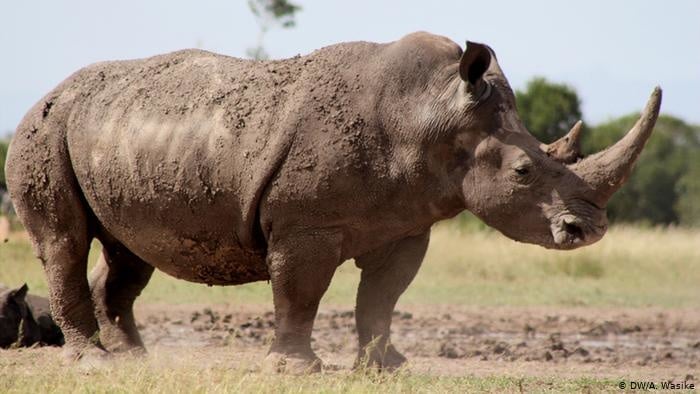 “These are early embryos that have a very high potential to develop into a baby. [They] have now been put in liquid nitrogen. We have achieved a new life, a new hope for this species,” Thomas Hildebrandt, project head at the Leibnitz Institute for Zoo and Wildlife Research, a consortium partner in the project, told DW.

Researchers from Kenya, Italy, the Czech Republic, and Germany are still fine-tuning the implantation procedure before the embryos are transferred into a surrogate mother, but are hopeful a northern white rhino calf can be born via surrogacy within the next three years. 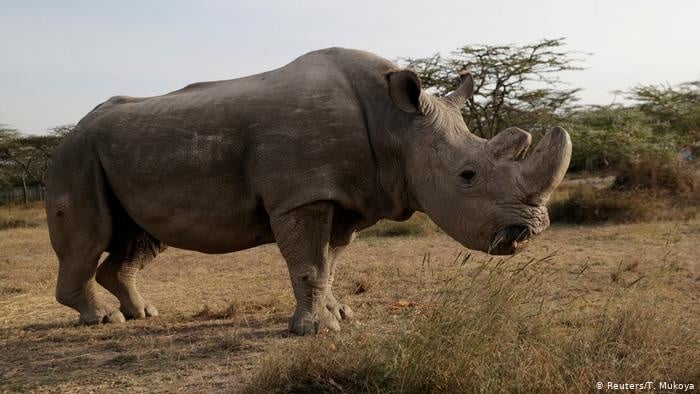 While Najin and Fatu might not be able to carry the baby, the offspring would still be reliant on them “to pass on their knowledge of how a northern white rhino behaves with their offspring,” Hildebrandt added.