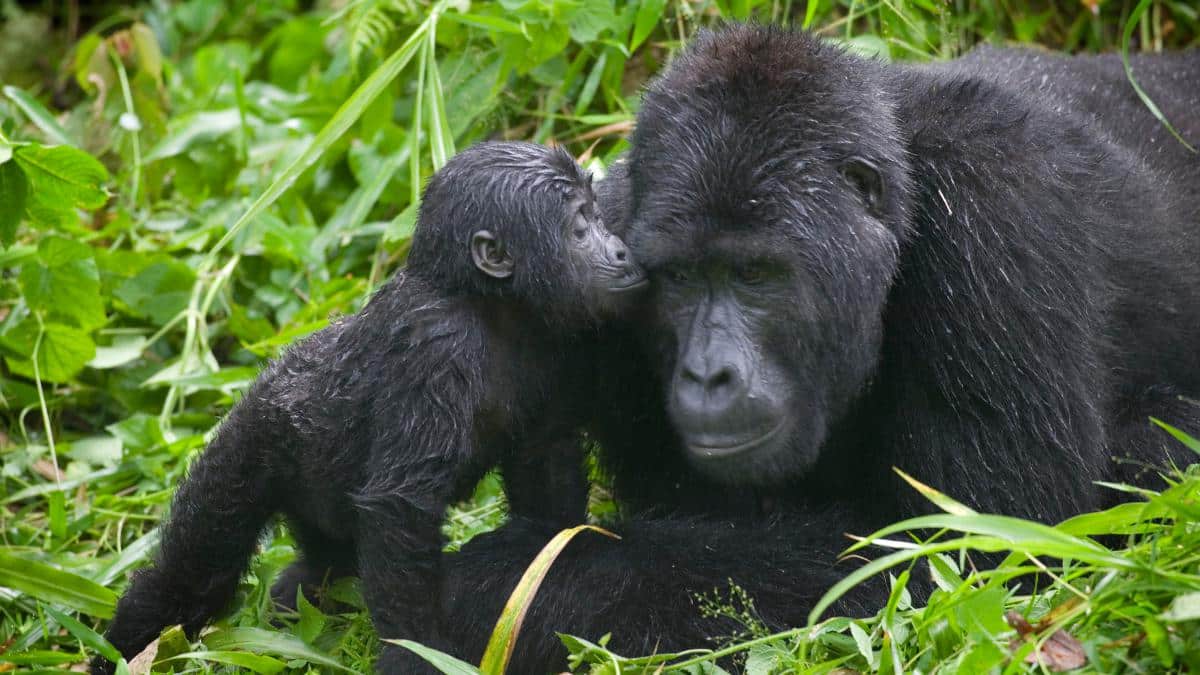 Mountain gorillas are still listed as an endangered species, but conservation efforts in Central Africa have been hugely successful in helping dwindling populations bounce back.

All mountain gorilla troops live in protected national parks in Rwanda, Uganda and the Democratic Republic of the Congo. But these protected areas are surrounded by human communities that severely limit gorillas’ opportunities to spread out and habitat other safe plots of land. The result of these protected areas is that endangered gorilla populations are growing in numbers — a very good thing. But since space is limited, their populations are dense within protected areas, increasing their susceptibility to infectious diseases both from humans and each other, and fostering a hotbed for violent conflict.

In a study published on May 25, 2020 in Scientific Reports, researchers recorded a type of parasitic worm called helminths, which causes gastrointestinal disease in wild gorillas, in protected populations in both the Virunga National Park in northeastern DRC and the Bwindi Impenetrable Forest National Park in Uganda. The scientists worry that infections like those caused by helminths will spread more easily among areas densely populated with gorillas, presenting a consequence of conservation success.

Because gorilla DNA is so close to humans’, the tourists that fund gorilla conservation also accidentally spread disease to protected gorilla populations, everything from COVID-19 to E. coli, Giardia, pneumonia and scabies, National Geographic reports.

However, the spread of infectious disease isn’t the only issue caused by crowded troops.

Another study, published in November 2020, also documented a sharp increase in infanticide and violent encounters between gorilla populations in conservation areas that were becoming overcrowded, causing troops to overlap.

“Before 2007, we would talk about intergroup encounters for months because they were so rare,” Winnie Eckardt, co-lead author of the study and research manager at the Fossey Fund, said in a press release. “After that, they began to happen with such frequency that we could hardly keep up with documenting them.”

Both studies highlight potential new challenges emerging as a side effect of successful conservation over the past few decades.

“Unraveling the patterns of parasite infections in both gorilla populations, evaluating host exposure to infective parasite stages, and studying susceptibility to infection and its consequences on host health will be an important next step for the continued success and survival of this and other endangered animal species with small, isolated populations,” a press release on the new study stated.