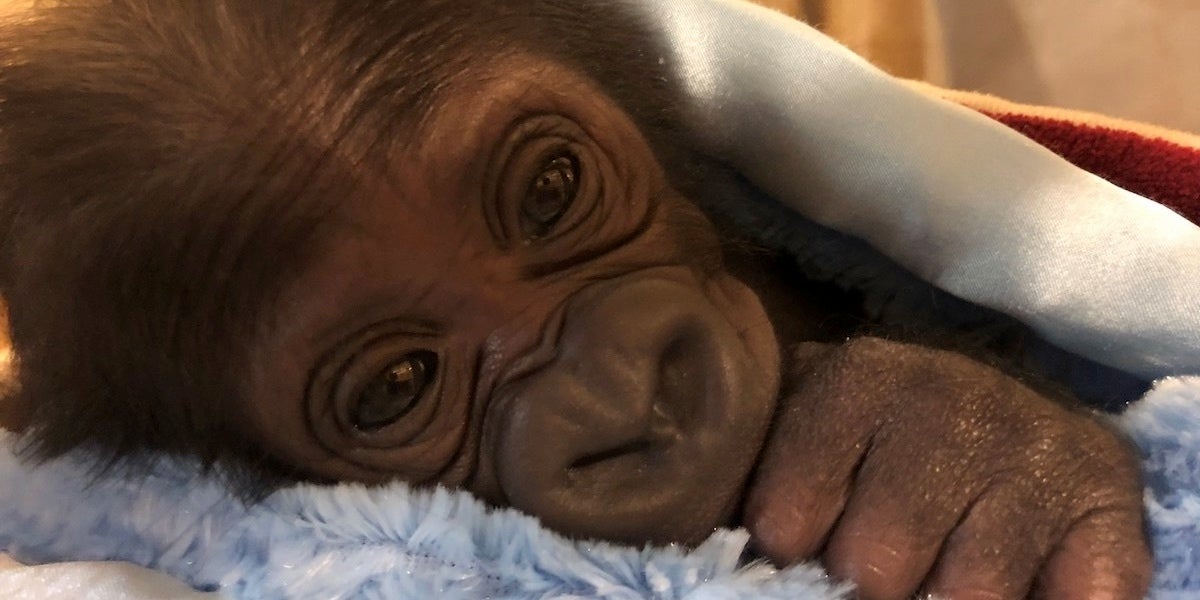 A healthy baby western lowland was born on Friday in Florida. Jacksonville Zoo and Gardens

Jacksonville Zoo and Gardens in Florida announced on Wednesday the arrival of a healthy baby western lowland
gorilla, a critically endangered species.

The 4.8-pound female was born last Friday and has not yet been given a name, according to the zoo’s press release.

The zoo said that the baby’s mother, a 22-year-old named Kumbuka, initially displayed normal maternal behavior toward her baby. However, she was improperly cradling and carrying the little gorilla, similar to how she behaved when she lost two previous offspring at another zoo.

Because Kumbuka is hearing impaired, it is believed that her disability may prevent her from detecting when her youngsters are in distress, the zoo said.

“Faced with a life-threatening situation, the extremely difficult decision was made to remove Kumbuka’s baby for short-term assisted rearing by gorilla care staff,” the zoo said, adding that the decision was supported by the Association of Zoos and Aquariums’
Gorilla Species Survival Plan (SSP). 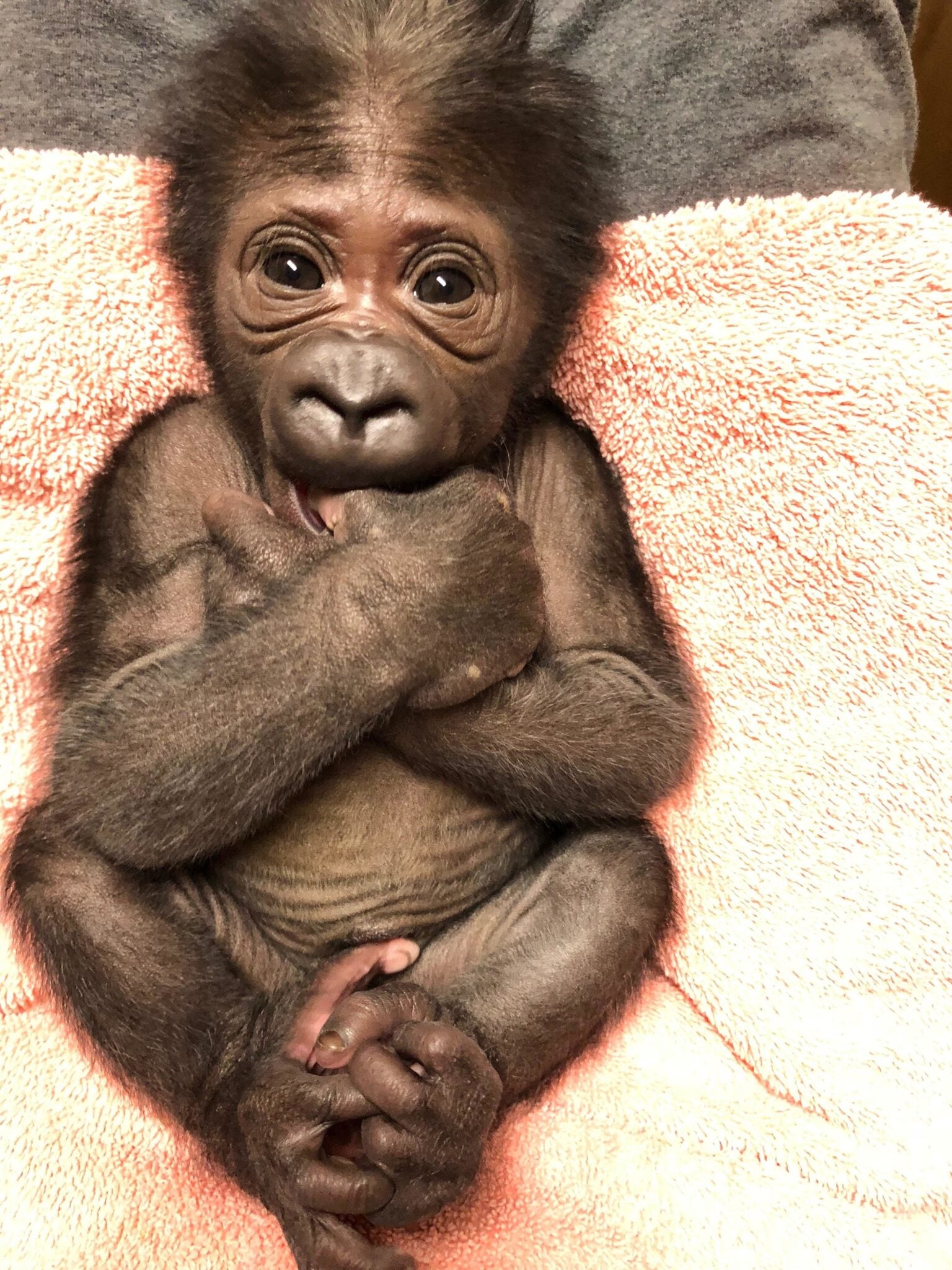 The Gorilla SSP recommended that Kumbuka join the Jacksonville Zoo troop to learn maternal behavior from the other mother gorillas. Zoo keepers will also show Kumbuka how to properly hold and carry her youngster.

The new mom can see and smell her daughter, who is being given around-the-clock care by keepers next door, the zoo said. Keepers will care for the young gorilla for the next four months and allow mom to maintain a close connection, which is essential for a successful reintroduction.

“Welcoming the newest member of our zoo family is always exciting, and this little gorilla’s arrival is both special and challenging,” said Dan Maloney, JZG Deputy Director of Animal Care and Conservation in the press release. “I’m so proud of the animal care and health teams who are working so hard on behalf of Kumbuka and her baby.”

Wild western lowland gorillas can be found in Cameroon, the Central African Republic, the Democratic Republic of Congo and Equatorial Guinea, Gabon and the Republic of Congo, according to the International Union for Conservation of Nature (IUCN).

Their population is estimated in the order of a few hundred thousand. However, despite their abundance and wide geographic range, the gorillas are listed as “critically endangered” because their population has reduced more than 80 percent in roughly six decades due to ongoing poaching, disease, habitat loss and climate change, the IUCN says. 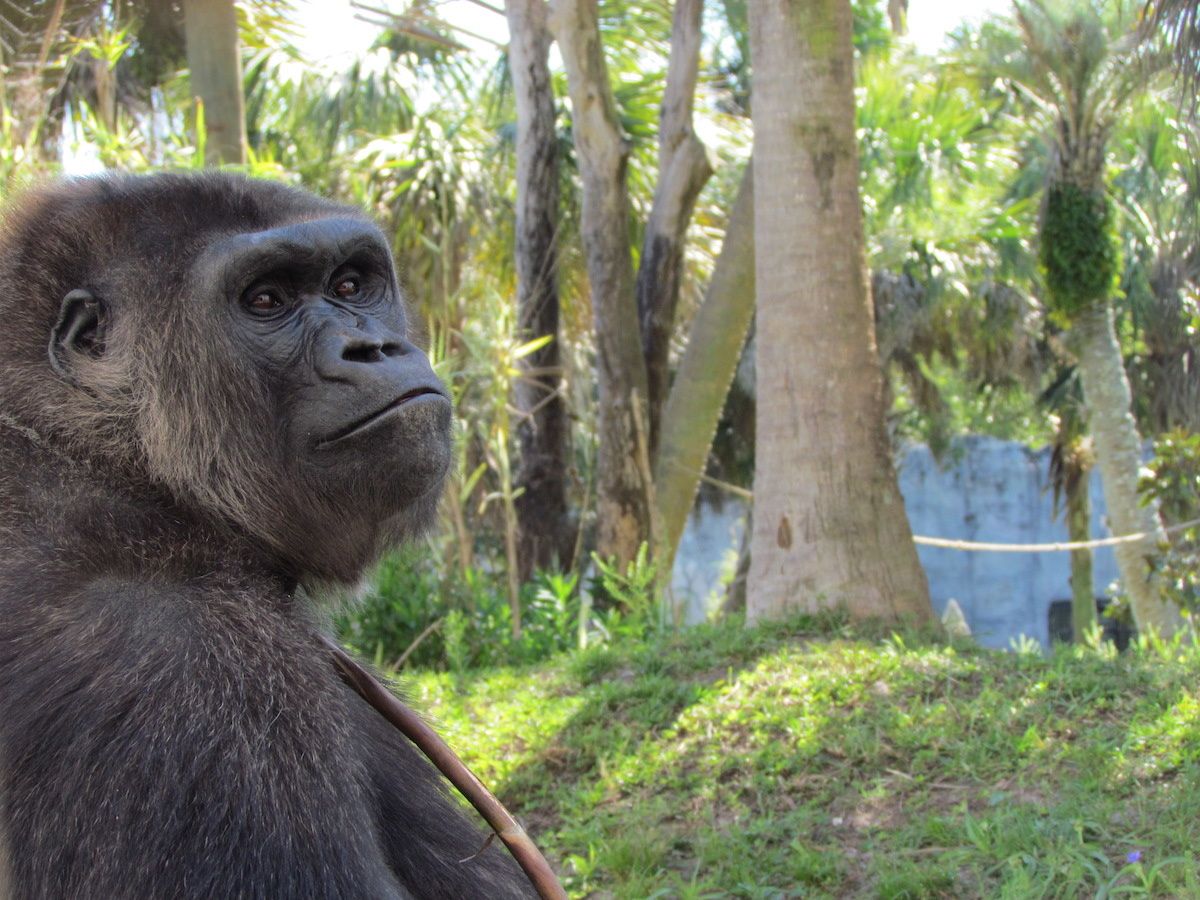