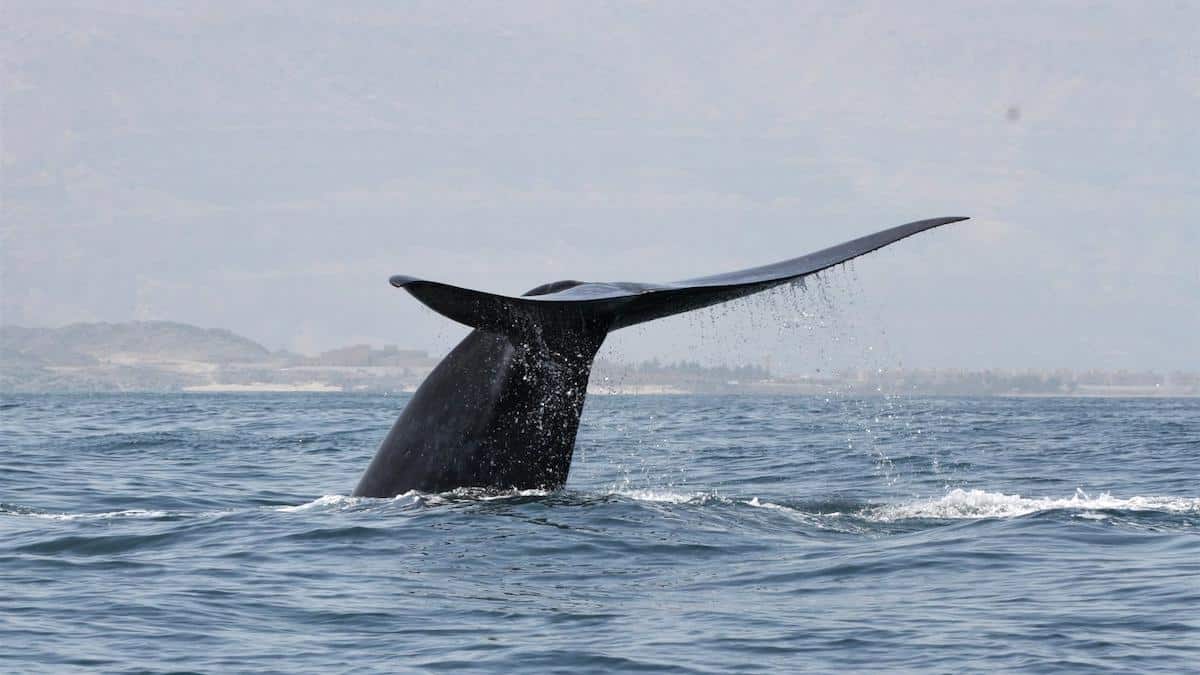 A Northwest Indian Ocean blue whale fluke breaks the surface before a dive off the Arabian Sea coast of Oman. Robert Baldwin / Environment Society of Oman

A new population of endangered blue whales has been hiding in the western Indian Ocean. According to NOAA, these gentle giants weigh up to 330,000 pounds and grow up to 110 feet long. The largest creature to have ever lived on Earth would seem hard to miss, but this group has been unknown to researchers – until now.

All blue whales sing in loud, low-pitched, recognizable songs, New England Aquarium (NEAQ) reported. Distinct populations have distinct songs. According to the study, which was published in the journal Endangered Species Research, there are currently two or three known subspecies of blue whales in the Indian Ocean, believed to constitute four populations, each with a specific, diagnostic song-type.

“It’s like hearing different songs within a genre – Stevie Ray Vaughan versus B. B. King,” Salvatore Cerchio, a marine mammal biologist at the African Aquatic Conservation Fund in Massachusetts and the study’s lead author, told The New York Times. “It’s all blues, but you know the different styles.”

Scientists discovered the new population on accident when they overheard their song, a slow, bellowing ballad that could serve as a mating call, the Times reported. Despite extensive study of blue whale songs, it was unlike any other whale song ever recorded. According to Smithsonian Magazine and the study, while the team lacks genetic data to support its findings, because blue whale melodies are unique population to population, the new song suggests an undetected population or one that was previously conflated with another population.

Recordings of the new song from three sites around the Indian Ocean, each separated by hundreds or thousands of miles, matched, and scientists began to piece together the routes of the previously-unknown pod of whales “moseying about in the Indian Ocean’s northwest and perhaps beyond,” singing their unique song, the Times reported.

The new song is now one of only a dozen or so other blue whale songs ever documented, each the “calling card” of a unique population of whales, the report continued. The latest melody has been labeled the “Northwest Indian Ocean” song-type and is the only blue whale song identified in the western Arabian Sea, the study reported.

“It was quite remarkable to find a whale song in your data that was completely unique, never before reported, and recognize it as a blue whale,” Cerchio told NEAQ.

Each discovery of a new blue whale population brings renewed hope for the species’ continued recovery. According to Smithsonian Magazine, intense whaling in the 19th and 20th centuries culled hundreds of thousands from the world’s population and left them on the brink of extinction. The 1967 International Whaling Commission ban on hunting helped stop the slaughter, the report added. Forbes estimated that blue whale populations plummeted from 350,000 at the turn of the 20th century to between 10,000 to 25,000 today. The species remains critically endangered.

The study authors suggested that the new population off the coast of Oman could be survivors recovering from historic whaling. In the 1960s, intense illegal Soviet Union whaling in the region took 1,294 blue whales in total, “suggesting” that the fleet likely targeted this population and that “if there is a northern Indian Ocean subspecies … it is likely this population.”

The authors concluded that because the population remained undetected for so long, the new group is likely small and “in critical need of status assessment and conservation action.” The whale group’s identification also highlights how much of the ocean remains unexplored and how many other potential discoveries remain. 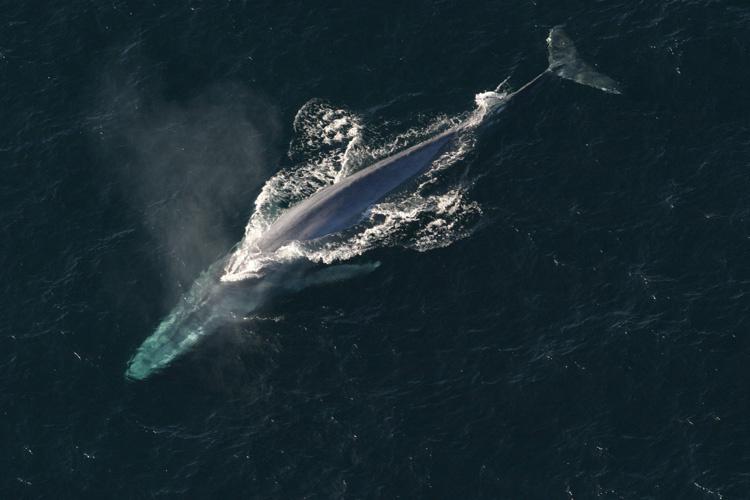 Blue whales are the largest animals ever to live on our planet. NOAA