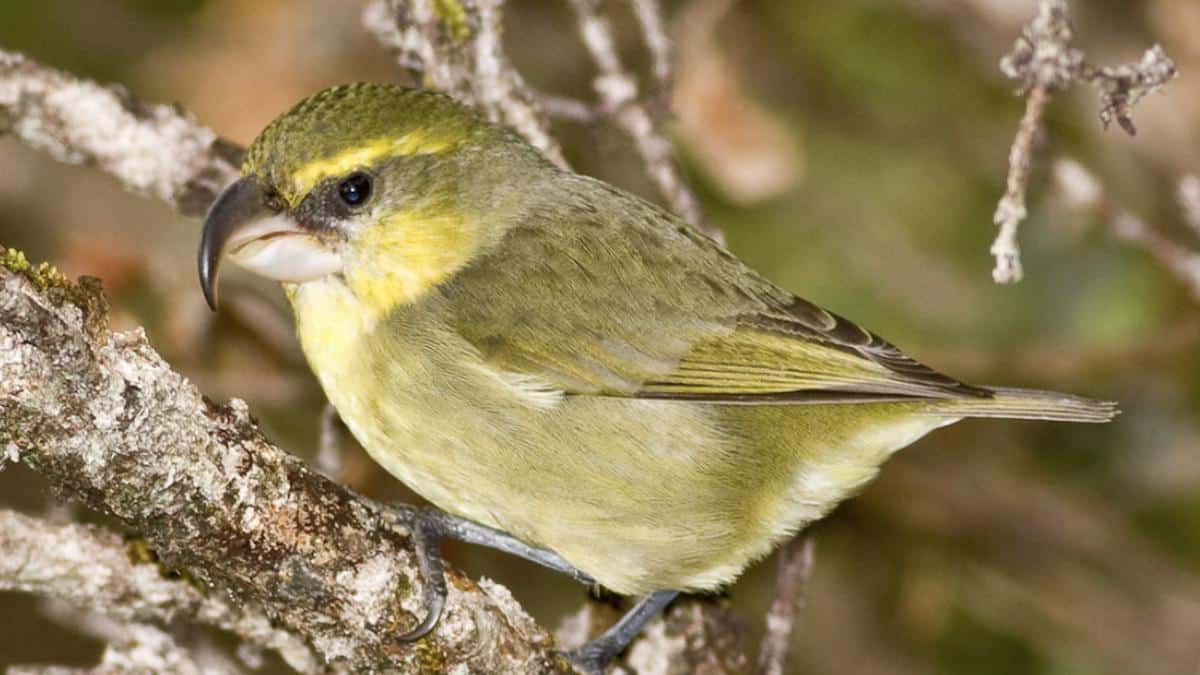 The kiwikiu, or Maui parrotbill, is an endangered species and is endemic to the island. Maui Forest Bird Recovery Project

A golden, thick-billed bird thought to have died more than 1.5 years ago was seen alive on the slopes of a Maui volcano last Wednesday. The discovery is giving researchers hope for the critically endangered species, Newsweek said.

The kiwikiu, or Maui parrotbill, is recognized as an endangered species by the U.S. Fish and Wildlife Services and is endemic to the island. According to the Maui Forest Bird Recovery Project, the small, olive-green-and-yellow bird once inhabited all of Maui and the neighboring island of Moloka’i. But humans, feral pigs, wildcats and mosquito-induced disease have dwindled the birds’ numbers to around 150.

“It then sang about ten times across a gulch in some koa trees. It dropped down into some kolea trees where it spent the next twenty minutes calling and actively foraging through the berries, bark, and leaves. I walked down into the gulch to get a closer look,” Pezzillo said in a statement published by Newsweek.

In a Facebook post published Friday, the department said the re-discovery of this individual bird is “remarkable” and “provides a glimmer of hope for saving a species.”

According to the San Francisco Gate, seven kiwikiu were taken to Maui’s Nakula Natural Area Reserve in October 2019, five of which were killed by avian malaria that was transmitted to the birds by non-native mosquitoes. The remaining two were thought to be dead — until the discovery last Wednesday. He was identified as wild #1 from the 2019 translocation by a band on his leg.

“This bird has been exposed to disease, as the others were, and has somehow persevered,” Dr. Hanna Moucne of the Maui Forest Bird Recovery Project told the SF Gate. “This is an amazing sign of hope for the species as we still may have time to save them. This is a hopeful sign that a population of kiwikiu and other native forest birds could survive in restored landscapes in the future, especially without mosquitoes and disease.”