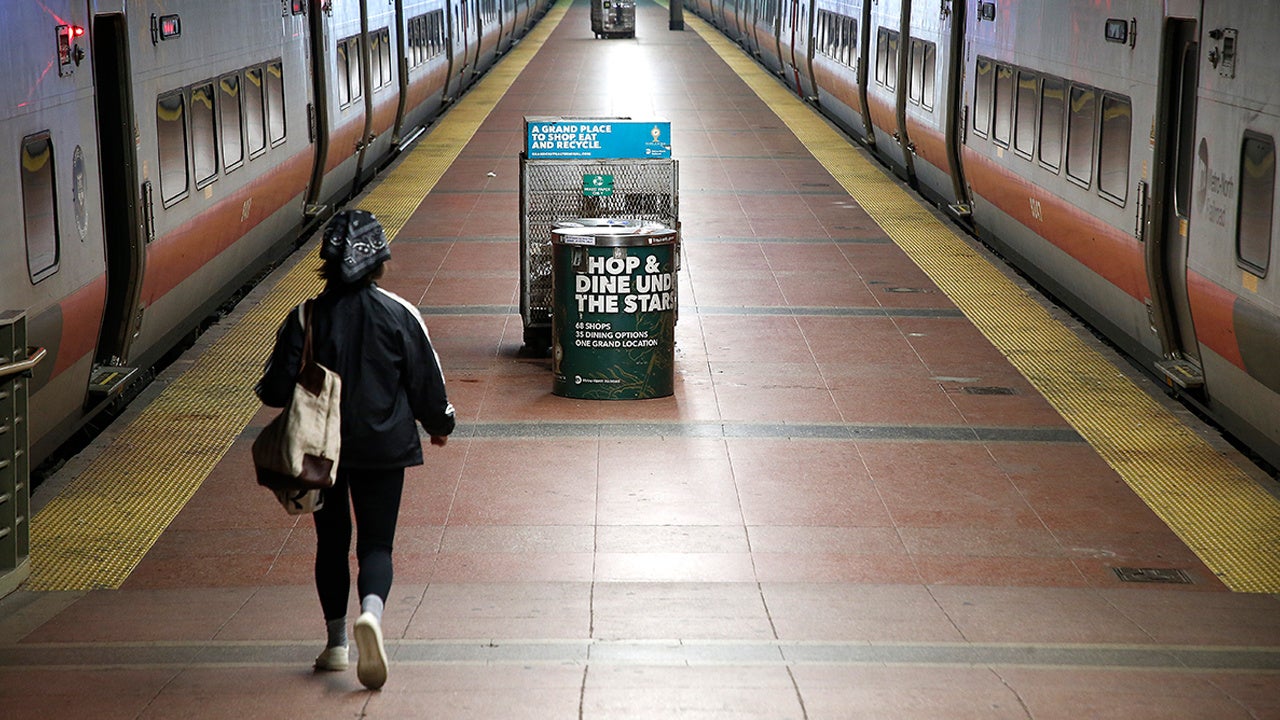 A woman walks to her train in Grand Central Terminal as New York City attempts to slow down the spread of coronavirus through social distancing on March 27. John Lamparski / Getty Images

A council representing more than 800,000 doctors across the U.S. signed a letter Friday imploring President Donald Trump to reverse his call for businesses to reopen by April 12, warning that the president’s flouting of the guidance of public health experts could jeopardize the health of millions of Americans and throw hospitals into even more chaos as they fight the coronavirus pandemic.

The Council of Medical Specialty Societies — a coalition comprised of such physicians’ groups as the American College of Emergency Physicians, the Society of Critical Care Medicine, and the American College of Preventive Medicine — called for the president’s leadership in encouraging Americans to continue practicing social distancing to slow the spread of the coronavirus, officially known as COVID-19.

This statement from 800,000 physicians asks Trump to not lift social distancing restrictions until public health and medical experts properly assess because it would "gravely jeopardize the health of all Americans and extend the devastation of the COVID-19 pandemic." pic.twitter.com/j3GifOvSou

“Significant COVID-19 transmission continues across the United States, and we need your leadership in supporting science-based recommendations on social distancing that can slow the virus,” the council wrote. “Statewide efforts alone will not sufficiently control this public health crisis.”

While governors and mayors across the country have issued shelter-in-place orders to the public and warned their communities that it could take several weeks of vigilance — with restaurants and schools closed and many people leaving home only for essentials — in order to “flatten the curve” and slow the spread of the virus, Trump said Monday he wants businesses across the country to reopen by Easter.

“You’ll have packed churches all over our country. I think it would be a beautiful time,” Trump said this week about his target of Easter, interpreted by some as a nod to evangelical Christian voters. Last weekend the president also suggested that the “cure” of temporarily shutting down businesses would be “worse than the disease,” which has killed more than 1,500 Americans so far and has sickened nearly 100,000.

Following the president’s statements, Alabama Gov. Kay Ivey, a right-wing Republican, suggested social distancing measures are a matter of partisanship and represent a cultural divide between conservatives and liberals.

“Y’all, we are not California, we’re not New York,” Ivey told reporters about her decision to keep Alabama’s economy running.

This coming Tuesday Trump is expected to give more details about his plans to reopen the economy after just 15 days of social distancing implemented by the White House.

In its letter the council wrote that rather than treating the pandemic as a partisan issue, Trump must follow the guidance of public health experts and encourage all Americans to do the same.

“A strong nationwide plan that supports and enforces social distancing — and recognizes that our health and our economy are inextricably linked — should remain in place until public health and medical experts indicate it can be lifted,” the letter reads.

“Federal, state, and local governments should only set a date for lifting nationwide social distancing restrictions consistent with assessments by public health and medical experts,” it continued. “Lifting restrictions sooner will gravely jeopardize the health of all Americans and extend the devastation of the COVID-19 pandemic.”