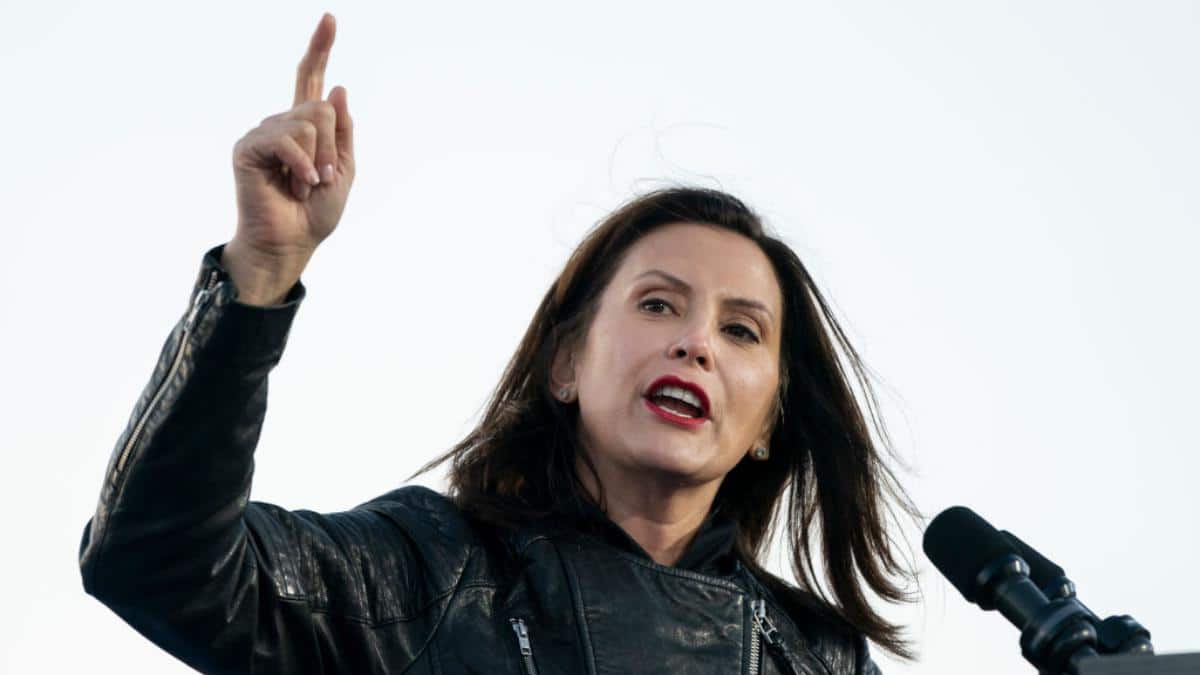 Indigenous rights and climate action groups are set to hold an “Evict Enbridge” celebration on Wednesday and Thursday to mark Michigan Gov. Gretchen Whitmer’s deadline for Canadian oil and gas company Enbridge to shut down its Line 5 pipeline.

Ahead of Wednesday’s deadline, which Whitmer set last November, the Democratic governor called Enbridge’s continued use of the Straits of Mackinac — under which Line 5 has carried more than half of Ontario’s oil supply since 1953 — a “ticking time bomb.”

“Their continued presence violates the public trust and poses a grave threat to Michigan’s environment and economy,” Whitmer said in a statement this week.

Whitmer, who campaigned on shutting down Line 5, announced last November that she was revoking an easement granted by the state of Michigan nearly 70 years ago, saying Enbridge has violated safety requirements.

Although no oil or gas leaks from Line 5 — which carries 540,000 barrels of oil per day — have been reported, the pipeline has been struck by boat anchors and other equipment in recent years. Last year, the line was shut down temporarily after an anchor support sustained damage.

Whitmer said last year that Enbridge violated a rule prohibiting unsupported gaps beneath the pipeline, and another pipeline run by the company spilled more than 845,000 gallons of oil in 2010, affecting the Kalamazoo River.

According to a 2017 National Wildlife Federation report, more than two dozen spills from other sections of Enbridge’s pipelines exceeded one million gallons.

A 2018 poll of Michigan residents found that 54% of the state wants Line 5 shut down and 87% are concerned about the pipeline spilling into the Straits of Mackinac.

At the Evict Enbridge event in Mackinaw City this week, environmental justice advocate Winona LaDuke will be among the speakers.

“Will Enbridge shut [Line 5] down or will the public do it for them?” said Honor the Earth, LaDuke’s organization, on social media Monday.

Line 5 D-Day: May 12—Will Enbridge shut it down or will the public do it for them? https://t.co/EsixXoORbp via @WCMCooperative

Enbridge has “imposed on the people of Michigan an unacceptable risk of a catastrophic oil spill in the Great Lakes that could devastate our economy and way of life,” Whitmer said when announcing the easement, which was granted despite the fact that the federal government generally regulates oil pipelines.

In February, a federal court ordered state officials and Enbridge to enter mediation, and the company has vowed to continue running Line 5 while the dispute is resolved. Canadian Resources Minister Seamus O’Regan said last month that the continued operation of the pipeline is “non-negotiable.”

Michigan Attorney General Dana Nessel denounced the company and the Canadian government for putting the state “in a position where Canada stands to gain nearly all the benefit and the state of Michigan bears all the risks.”

We shouldn't be in a position where Canada stands to gain nearly all the benefit and the state of Michigan bears all the risks.

According to the Michigan Advance, state officials will need a court order to shut down the pipeline on Wednesday, as Enbridge says it will not comply with Whitmer and Canadian officials have lined up behind the company.

“Our Great Lakes are more important than Canadian fossil fuel profit using the Straits of Mackinac as a shortcut,” said Michigan group Clean Water Action. “Enbridge had a 50 year easement — it’s been nearly 68 years now. Michigan has given them more than enough time.”