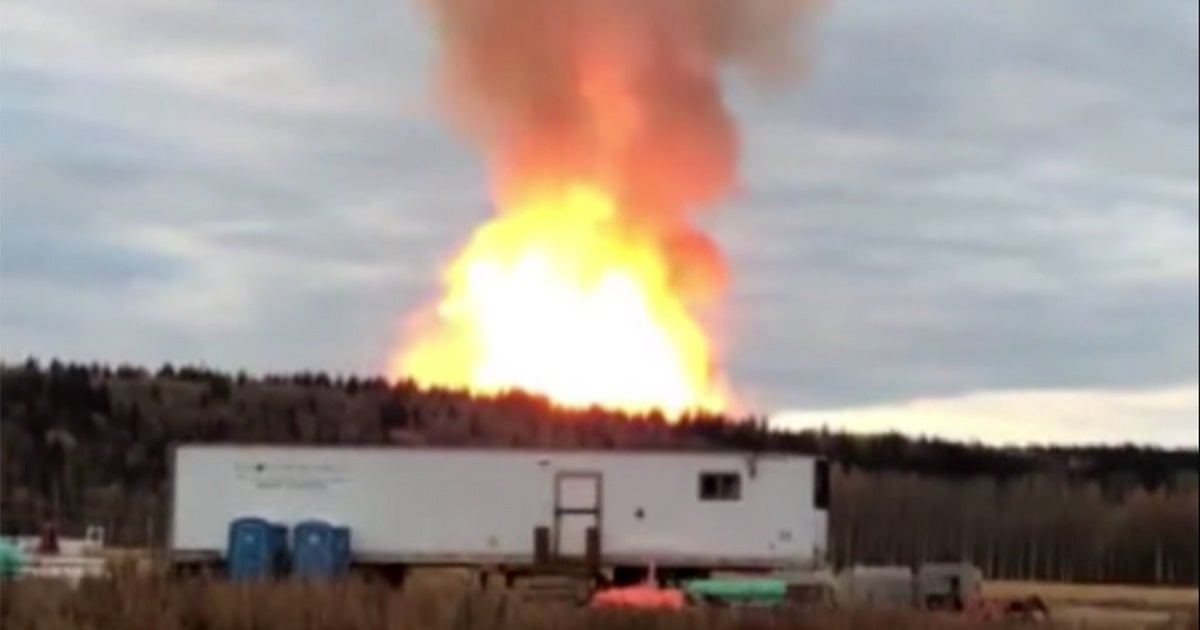 The blast forced 100 people to evacuate from the nearby Lheidli T’enneh First Nation as a precaution, Enbridge said.

“I was able to see it very clearly from the hill,” Prince George resident Dhruv Desai commented to the
Canadian Press. “It was huge even from this distance.”

There are no reports of injuries as a result of the blast and most residents have been allowed to return home. The line has been shut down and an investigation has been launched to determine the cause of the incident, the company said.

Chief Dominic Frederick of Lheidli T’enneh First Nation, who posted video footage of the explosion onto Facebook, told CBC News that the explosion happened only about 2 kilometers (1.2 miles) from the reserve.

“We sort of trained for it … because of the wildfires,” Frederick added about the speedy evacuation. “Everything was just left behind.”

Frederick told the
Associated Press that Enbridge contacted him soon after the explosion.

“They had told me there was gas building up in the underground. For some reason or another the gas had stopped flowing and it built up and it just exploded,” he said.

The blast may lead to a natural gas shortage to homes in British Columbia as well as bordering American states. According to the Associated Press, the damaged Enbridge pipeline connects to the Northwest Pipeline system, which feeds Puget Sound Energy in Washington State and Northwest Natural Gas in Portland.

On Wednesday, Enbridge said in a media release that it received the National Energy Board’s approval to restart its 30-inch line located in the same right of way as the impacted 36-inch line.

“This restart approval follows a comprehensive integrity assessment that evaluated a number of potential impacts,” the company said. “Enbridge looked for evidence of damage to the pipe, geotechnical and ground disturbance, and other potential integrity issues on the 30-inch line.”

Enbridge will gradually bring the line’s pressure up to approximately 80 percent of normal operating capacity.

“Once this process is safely completed, some much-need capacity will be restored for our customers,” it added.