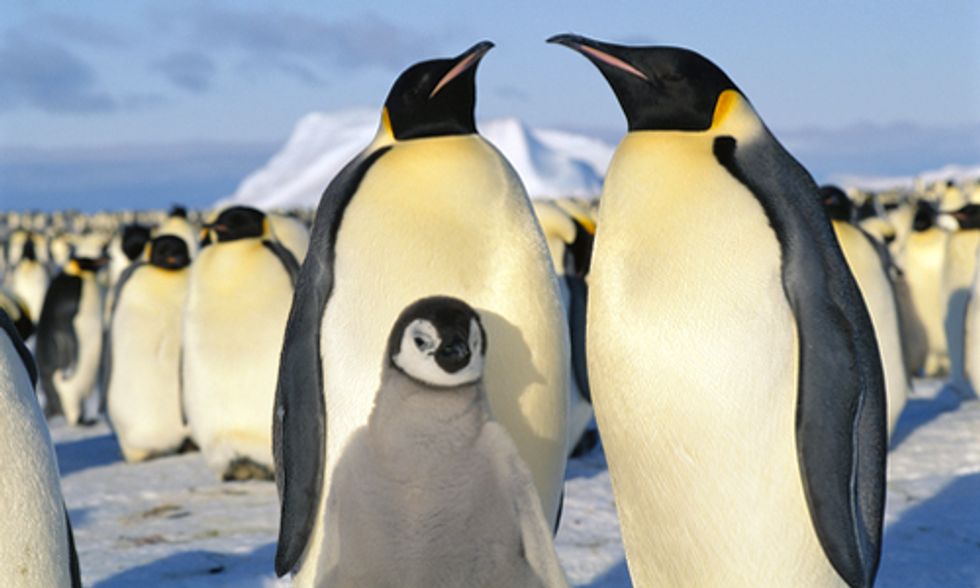 Confronted with the loss of sea ice in some parts of Antarctica, four colonies of emperor penguins have come up with an innovative breeding strategy to adapt to their changing environment.

Emperor penguins are the largest penguin species on Earth and are found only in Antarctica.
Photo courtesy of Shutterstock

Using satellite images, an international team of scientists tracked the four colonies from 2008 to 2012. In the first three years, the emperor penguins hatched and incubated eggs in their customary fashion—atop the sea ice that freezes during the Antarctic winter and spring. But in 2011 and 2012, sea ice did not form until a month after the breeding season began.

As a result, the emperor penguins—the largest penguin species on Earth—did something never before witnessed by scientists: they climbed up the nearly sheer walls of large, floating ice shelves—huge structures, often hundreds of square miles in extent, that flow from land-based glaciers into the sea.

In the region of the four colonies, the ice shelf walls reach as high as 100 feet, researchers say. The scientists say the altered breeding behavior could demonstrate how ice-dependent emperor penguins may adapt to life in a warming world.