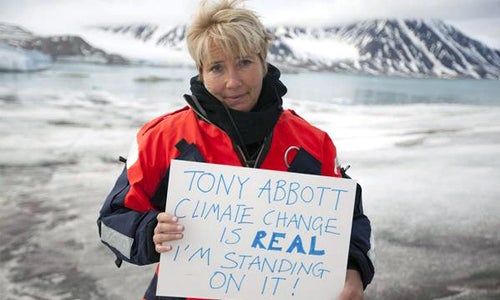 Oscar-winning actress Emma Thompson has long been known for her activism related to AIDS, refugees and poverty. She’s also a dedicated environmental activist who is currently in the Arctic Ocean with a Greenpeace Save the Arctic expedition.

Thompson was interviewed from the Arctic by Thom Hartman about the work she and her fellow travelers are doing there, such as cleaning up plastic from beaches, how she became an environmental activist and what people can do to assist in Greenpeace’s efforts.

“I don’t think I realized until I came here and everything that’s going wrong with the environment ends up here,” she told Hartman. “Once we got onto the beach the amount of plastic we found was enough to fill up a large skid and none of these plastics are produced or used by local communities.  We found some very strange things like plastic dinky toys.”