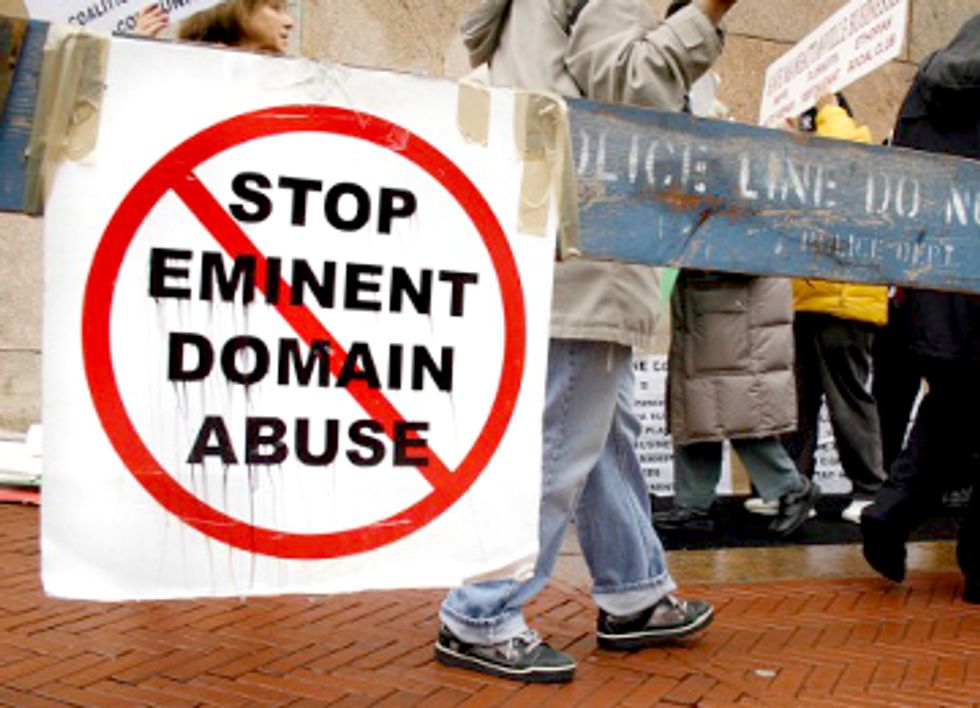 According to the U.S. Department of Housing and Urban Development (HUD), eminent domain is an exercise of power of the government or quasi-government agencies to take private property for "public use."

The oil and gas industry's right to claim land has been supported by the expansion of the "Takings Clause" in the Fifth Amendment of the U.S. Constitution. In a 2005 case, Kelo vs. City of New London, the Supreme Court ruled in favor of the city's right to take private property to give to another private entity for "economic development,"—effectively rendering industry profits as public benefits—at the expense of the landowners.

The Food & Water Watch report, Eminent Domain: Laws and Loopholes that Benefit Fracking and Pipeline Companies, cites the rapid expansion of hydraulic fracturing (fracking) and the business of transporting crude oil and tar sands through cross country pipelines as exacerbating the problem. These companies use their legal advantages—such as eminent domain—to hurt landowners and the public.

On September 27, three Nebraska residents will finally see their day in court in a historic eminent domain case. The lawsuit challenges the constitutionality of LB 1161, the law used by the state legislature and Gov. Heineman (R-NE) for approving eminent domain and the Keystone XL pipeline, which will claim the land of the three residents. The outcome will have significant implications on the broader national debate on the permit process for TransCanada’s Keystone XL tar sands pipeline.

“This lawsuit has given hope to scores of landowners who have refused to negotiate easements with TransCanada,” said Susan Dunavan, one of the landowner plaintiffs. “Landowner’s rights have been taken from us by delegating eminent domain authority to the Governor.”