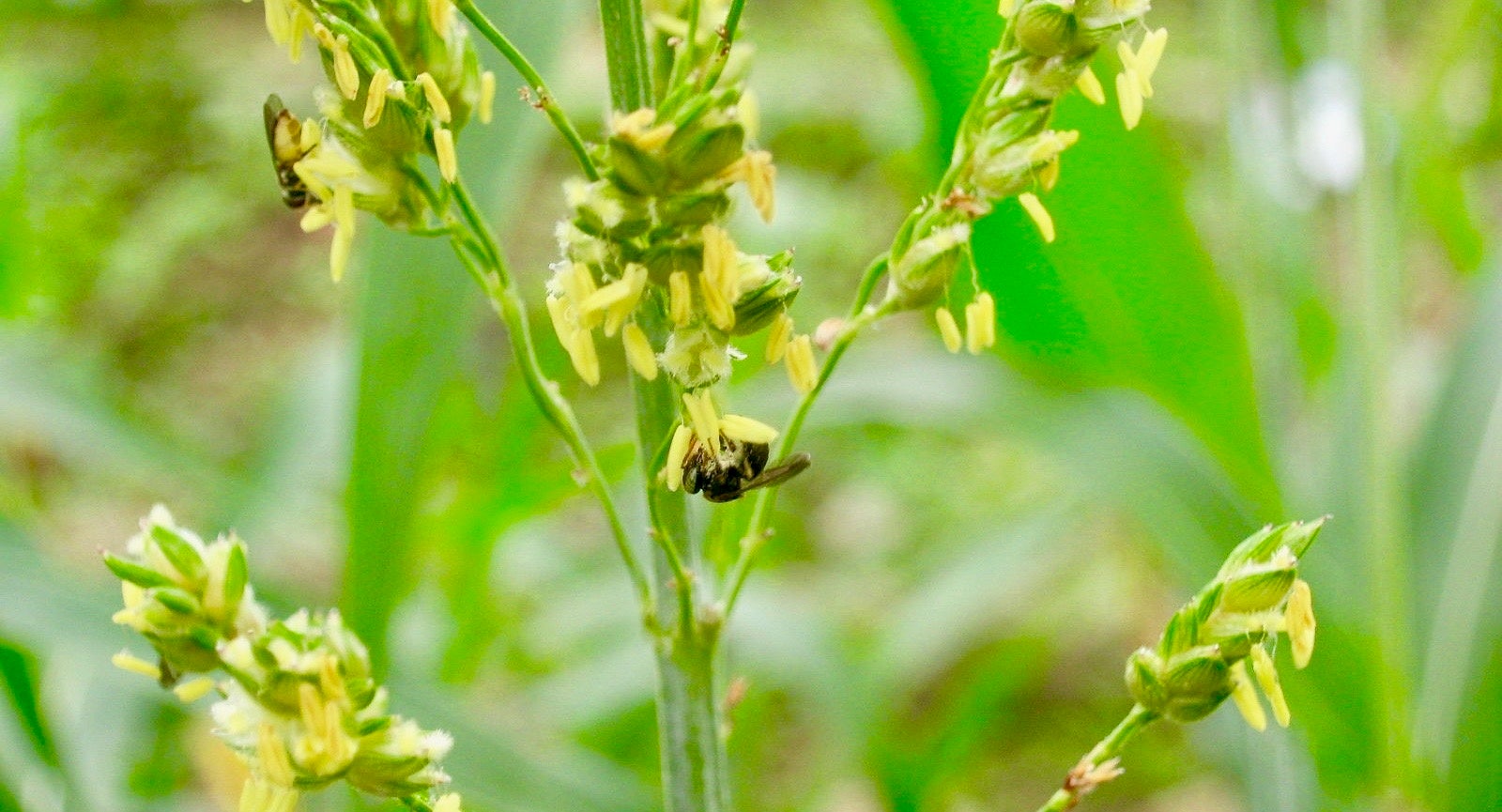 Bees pollinating sorghum. The EPA has not approved the lethal insecticide sulfoxaflor to be used on sorghum because it is known to attract bees. Sahaquiel9102 / Wikimedia

More than 40 percent of insects could go extinct globally in the next few decades. So why did the U.S. Environmental Protection Agency (EPA) last week OK the ’emergency’ use of the bee-killing pesticide sulfoxaflor on 13.9 million acres?

EcoWatch teamed up with Center for Biological Diversity via EcoWatch Live on Facebook to find out why. Environmental Health Director and Senior Attorney Lori Ann Burd explained how there is a loophole in the The Federal Insecticide, Fungicide, and Rodenticide Act under section 18, “that allows for entities and states to request emergency exemptions to spraying pesticides where they otherwise wouldn’t be allowed to spray.”

In a press release sent to EcoWatch, the Center for Biological Diversity stated:

The approval includes 2019 crops of cotton and sorghum in Alabama, Arkansas, California, Georgia, Kansas, Louisiana, Missouri, Mississippi, Tennessee, Texas and Virginia. Ten of the 11 states have been granted the approvals for at least four consecutive years for the same “emergency.” Five have been given approvals for at least six consecutive years.

If an occurrence is happening six years in a row, does that justify an emergency?

“This administration has been grossly abusing this exemption to allow the use of this one pesticide called sulfoxaflor on a vast acreage year after year,” said Burd.

Our biodiversity is at serious risk. For example, in Texas — where 5.8 million acres got emergency exemption to spray — more than 800 native bee species and eight species of bumblebees reside. It is also an important migration route for monarch butterflies.

“Monarch butterflies and eight species of bumblebees do overlap with Texas counties where there is sulfoxaflor spraying,” said Burd. “Even at subacute, very low doses, sufoxaflor will have a very dramatic effect on bumblebee reproduction.” The purpose of sulfoxaflor is to kill insects.

Farmers have only gotten away with spraying sulfoxaflor because they were granted emergency. The EPA has not approved the lethal insecticide sulfoxaflor to be used on sorghum because it is known to attract bees. At one point the EPA did allow the use of sulfoxaflor on cotton, however the U.S. Court of Appeals for the Ninth Circuit vacated the approval — the result of a lawsuit brought to them by beekeepers.

In a summary following the vacated approval in 2015, The U.S. Court of Appeals for the Ninth Circuit published conclusions:

Criticism has been raised by the fact-checking resource Snopes on the grounds that it is misleading to imply that Trump is the only one who’s approved emergency exemptions for sulfoxaflor. EcoWatch asked the Center for Biological diversity to respond.

“This is not a new problem,” said Burd. “This has been going on for six consecutive years and we have not been in the Trump administration for six consecutive years.” So, yes, Trump’s EPA did this, but “this is by no means a new problem. Our pesticide registration and approval process is fundamentally broken. EPA’s pesticide office is captured by industry and they are not doing their jobs protecting human health and the environment from these pesticides,” said Burd.

EcoWatch asked Burd if there anything the public can do to stop these emergency approvals and prevent the use of toxic pesticides.

Burd suggested EcoWatchers consider signing a petition “demanding that Trump’s EPA stop rubber-stamping ’emergency’ uses of pesticides that wreak havoc on our environment.” EcoWatchers can also help by getting involved with various groups working to protect the environment, choosing organic, refusing the use of pesticides at home, talking about not using them at work or at a homeowners association, supporting local ordinances going after pesticide issues, voting often or early and planting pollinator friendly gardens in rural and urban environments.

Correction: A previous version of this article used the above photo of agricultural spraying as headline image. Headline image has been updated for clarity.