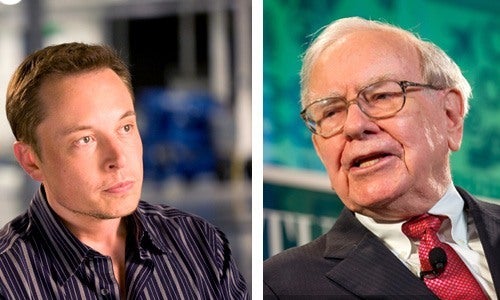 SolarCity, co-founded by Musk a decade ago, has become America’s largest manufacturer and leaser of solar panels, operating in nearly two dozen states and generating about $350 million in annual revenue.

SolarCity has done particularly well in Nevada since entering the market there in 2014. Thanks to economic incentives and Nevada’s solar abundance, SolarCity quickly became the state’s leading installer of rooftop panels as Nevada amassed the highest percentage of solar energy of any state in the union.

But SolarCity and solar energy in general are threatened in Nevada. Part of SolarCity’s success hinges on the fact that the state (like more than 40 other U.S. states) requires utilities to buy excess energy generated by homeowners’ solar panels. This is known as net metering, which allows homeowners to offset the cost of their panels by selling any electricity they don’t use back to the grid. But NV Energy is fighting these policies tooth and nail.

According to Bloomberg Business:

First, NV Energy deployed its lobbyists to limit the total amount of energy homeowners and small businesses were allowed to generate to 3 percent of peak capacity for all utilities. Then it expertly argued its case before regulators, who rewrote the rules for net-metering customers.

In December it scored a major win: Nevada’s Public Utilities Commission imposed rules that not only make it more expensive to go solar, but also make it uneconomical for those who’ve already signed up. Similar regulatory skirmishes are playing out in dozens of other states, but no other has gone as far as Nevada to undermine homeowners who’ve already installed solar arrays.

Clearly Nevada residents are not at all pleased and solar energy advocates worry that Nevada’s policies could have a ripple effect in other states. However, clean energy scored two victories last week. On Monday, NV Energy announced a “grandfathering proposal,” allowing the old rate structure for existing customers. And on Thursday, California’s Public Utilities Commission narrowly voted to uphold net metering. Still, battles continue across the country as utilities continue to wage war against distributed generation solar.

For more on Nevada’s solar fight, watch this video from Bloomberg Business: