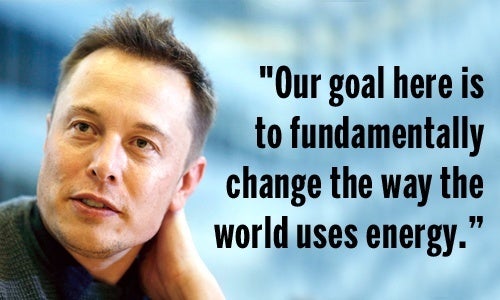 Renewable energy sources like solar and wind have always been limited by their intermittency, but now Tesla CEO Elon Musk has unveiled a suite of batteries to store electricity for homes, businesses and utilities, saying a greener grid furthers the company’s mission to provide pollution-free energy, reports Bloomberg.

For the future to be good, we need electric transport, solar power and (of course) … pic.twitter.com/8mwVWukQDL

“We’ve obviously been working on building a world-class battery, a super-efficient and affordable way to store energy,” Khobi Brooklyn, a Tesla spokeswoman, told The New York Times. “It’s just that we’ve been putting that battery in cars most of the time.”

The Tesla P85D just won the 2015 AAA Best Green Car Award, marking the second year in a row an all electric Tesla Model S has taken top honors from AAA. But Tesla has been disrupting more than just the auto industry for a while now. In February, Musk announced a partnership with SolarCity to use rooftop solar panels fitted with Tesla’s batteries to allow customers to keep that energy in-house. It’s all part of Tesla’s plans to revolutionize the energy grid.

“Our goal here is to fundamentally change the way the world uses energy,” Musk told Bloomberg. “We’re talking at the terawatt scale. The goal is complete transformation of the entire energy infrastructure of the world.”

Tesla’s home battery, the “Powerwall,” is a rechargeable lithium-ion battery that mounts on the wall and comes in 7 kilowatt-hour or 10 kilowatt-hour versions, the company said in a statement. A larger product, the “Powerpack,” can store more energy to power businesses. Deliveries will begin in late summer at prices starting at $3,000. 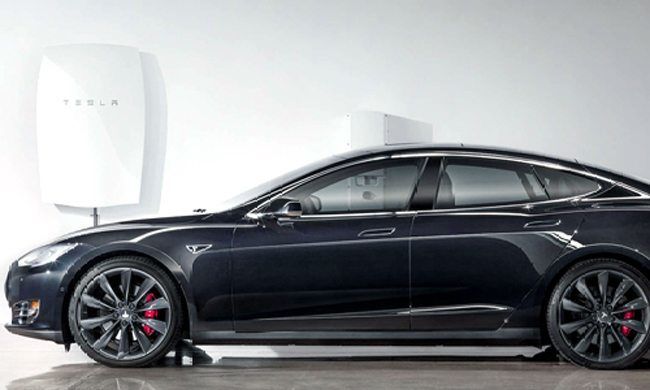 “Our goal here is to fundamentally change the way the world uses energy,” says Elon Musk.

Battery storage for renewable power is finally coming of age. “The battery is designed to enable so-called ‘load-shifting’ by charging during times when electricity prices are lower due to less demand, and discharging when demand and prices are high,” says Bloomberg. It can also store solar power generated during daytime and release it at night, and serve as backup during outages, Tesla says.

Tesla hopes that its $5 billion “gigafactory” under construction near Reno, Nevada will drive down the cost of the batteries for both cars and energy-storage products through mass production. More such factories will be needed to help make the transition from fossil fuels to renewable energy, Musk said.

Tesla’s batteries are already being used by companies such as Wal-Mart, Cargill and Jackson Family Wines, and Green Mountain Power plans to sell its home batteries to customers. Tesla has also partnered with Southern California Edison to install batteries for utilities, while Amazon and Target will pilot the batteries.