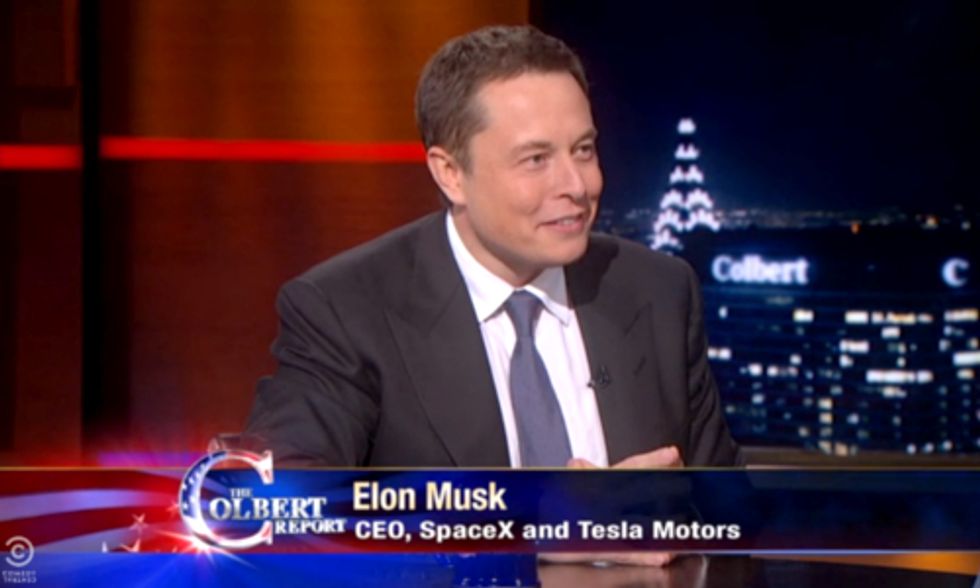 Elon Musk received his widest TV exposure earlier this year on 60 Minutes, providing insight into his multiple technologies in response to a serious line of questioning. Obviously, things were different Thursday night when Comedy Central's audience saw him sitting on the set of the Colbert Report.

The interview, broken into two videos, features a bit of Stephen Colbert rightfully marveling at Musk's innovations before asking him to explain why he allowed other automakers access to the electric vehicle patents his company, Tesla, uses to advance the market.

"You saw the future as a kid and said, 'let's make that happen,'" Colbert hypothesized. Musk didn't deny it.

The videos also include Colbert asking Musk what he'll do next to "blow my mind with" and test-flight footage for a reusable SpaceX rocket that Colbert could only describe as "the most badass thing I've ever seen in my life."