What Is an Elimination Diet? 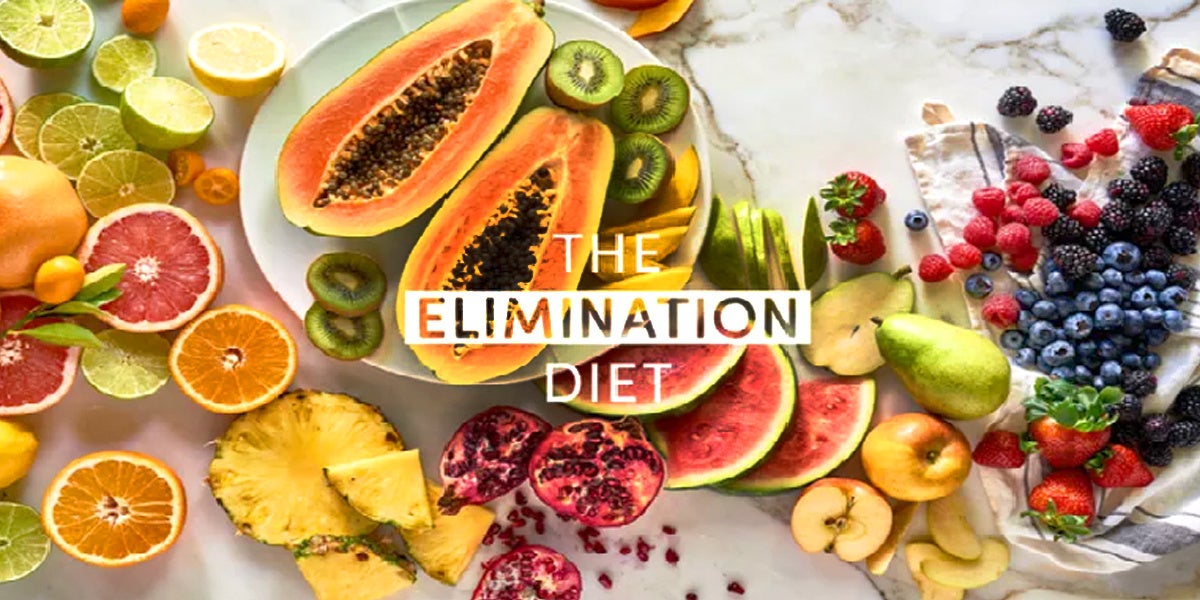 Food intolerances and sensitivities are extremely common. In fact, it’s estimated that between 2–20 percent of people worldwide may suffer from a food intolerance (1).

Elimination diets are the gold standard for identifying food intolerances, sensitivities and allergies through diet.

They remove certain foods known to cause uncomfortable symptoms and reintroduce them at a later time while testing for symptoms.

Allergists and registered dietitians have been using elimination diets for decades to help people rule out foods that are not tolerated well.

What Is an Elimination Diet?

An elimination diet involves removing foods from your diet that you suspect your body can’t tolerate well. The foods are later reintroduced, one at a time, while you look for symptoms that show a reaction.

It only lasts 5–6 weeks and is used to help those with a sensitive gut, food intolerance or food allergy identify which foods are contributing to their symptoms (2, 3).

In that way, an elimination diet may alleviate symptoms like bloating, gas, diarrhea, constipation and nausea.

Once you have successfully identified a food your body can’t tolerate well, you can remove it from your diet to prevent any uncomfortable symptoms in the future.

There are many types of elimination diets, which all involve eating or removing certain types of foods.

However, if you have a known or suspected food allergy, then you should only try an elimination diet under the supervision of a medical professional. Reintroducing a food allergen may trigger a dangerous condition called anaphylaxis (4, 5).

If you suspect you have a food allergy, check with your doctor before starting an elimination diet. Symptoms of an allergy include rashes, hives, swelling and difficulty breathing (6).

Summary: An elimination diet is a short-term diet that helps identify foods your body can’t tolerate well and removes them from your diet.

How Does It Work?

The elimination phase involves removing foods you suspect trigger your symptoms for a short period of time, typically 2–3 weeks.

Eliminate foods that you think your body can’t tolerate, as well as foods that are notorious for causing uncomfortable symptoms.

During this phase, you can determine if your symptoms are due to foods or something else. If your symptoms still remain after removing the foods for 2–3 weeks, it is best to notify your doctor.

The next phase is the reintroduction phase, in which you slowly bring eliminated foods back into your diet.

Each food group should be introduced individually, over 2–3 days, while looking for symptoms. Some symptoms to watch for include:

If you experience no symptoms during the period where you reintroduce a food group, you can assume that it is fine to eat and move on to the next food group.

However, if you experience negative symptoms like those mentioned above, then you have successfully identified a trigger food and should remove it from your diet.

Summary: An elimination diet works by removing foods you think cause discomfort. It then reintroduces them individually to check for symptoms.

What Can’t You Eat on an Elimination Diet?

The best elimination diets are the most restricting.

The more foods you remove during the elimination phase, the more likely it is that you will discover which foods trigger uncomfortable symptoms.

Foods that are commonly removed during the elimination phase include:

If you suspect that other foods not on this list make you feel uncomfortable, it is highly recommended to remove them as well.

Summary: A good elimination diet is very restricting, which helps you identify as many trigger foods as possible.

What Can You Eat on an Elimination Diet?

Although an elimination diet is very restricting, there is still enough variety to make healthy and delicious meals.

Some foods you can eat include:

To stay motivated during this restrictive phase, try designing new recipes and experimenting with herbs and spices to add delicious flavor to your dishes.

Summary: Although elimination diets are restricting, there are still plenty of food options to make healthy and delicious meals.

Other Types of Elimination Diets

Here are a few different types of elimination diets:

Summary: There are many different types of elimination diets, including the low-FODMAPs diet, the few foods diet, the rare foods diet, fasting and more.

Benefits of an Elimination Diet

Elimination diets help you discover which foods cause uncomfortable symptoms so you can remove them from your diet.

However, an elimination diet has many other benefits, including:

1. It May Reduce Symptoms of Irritable Bowel Syndrome

Many people find that an elimination diet improves IBS symptoms like bloating, stomach cramps and gas.

2. It May Help People With Eosinophilic Esophagitis

Eosinophilic esophagitis (EE) is a chronic condition where allergies trigger inflammation of the esophagus, the tube that delivers food from mouth to stomach.

People with EE have difficulty swallowing foods that are dry and dense, increasing their risk of choking.

Many studies have shown that elimination diets are effective for improving symptoms of EE (10, 11, 12).

In one study of 146 patients with EE, more than 75 percent of all patients experienced significantly fewer symptoms and less inflammation through an elimination diet (12).

3. It May Reduce Symptoms of ADHD

ADHD (attention-deficit/hyperactivity disorder) is a behavioral disorder that affects 3–5 percent of all children and adults.

Studies have shown elimination diets may reduce symptoms of ADHD (13, 14, 15).

One analysis looked at 20 studies that restricted certain foods to improve ADHD symptoms. Researchers found that elimination diets helped reduce ADHD symptoms among children who were sensitive to foods (15).

However, children should not follow an elimination diet unless supervised by a medical professional.

Elimination diets restrict many essential nutrients that are important for growing children, and long-term restriction could stunt their growth.

Eczema is a group of skin conditions that appear as red, itchy, cracked and inflamed skin.

There are many different causes of eczema, but many people find that eating certain foods can worsen their symptoms.

Several studies have found that elimination diets may reduce symptoms of eczema (16, 17, 18).

In one study of 15 participants with eczema, 14 found that an elimination diet reduced their symptoms and helped identify their trigger foods (18).

5. It May Reduce Chronic Migraines

Roughly 2–3 million people in the US alone suffer from chronic migraines (19).

The causes of migraines are still unclear, but studies have shown that inflammation could be a trigger (20).

An elimination diet removes foods that cause inflammation and has been shown to reduce chronic migraines (21, 22).

In one study, 28 women and two men with frequent migraines followed an elimination diet for six weeks, which helped reduce the number of headache attacks during that time from nine to six (22).

Risks of an Elimination Diet

Although elimination diets are a great way to discover which foods cause you problems, they also come with a few risks.

For starters, elimination diets should only be followed for a short period of time, or between four and eight weeks.

Following an elimination diet for longer is not recommended, as it could cause nutrient deficiencies as a result of eliminating certain food groups.

Additionally, children and people with known or suspected allergies should only do an elimination diet under the supervision of a doctor.

Because elimination diets are restricting, taking away certain food groups for even a short period of time could stunt a child’s growth (23).

Children are also more prone to severe reactions, like anaphylaxis, when reintroducing a food group. This is because their bodies can become extra sensitive to foods after avoiding them (24).

Summary: Elimination diets can reduce the intake of important nutrients if followed for too long. Children and people with known or suspected allergies should not follow an elimination diet unless supervised by their doctor.

Elimination diets can help you determine which foods your body can’t tolerate well.

If you’re experiencing symptoms that you think may be related to your diet, then an elimination diet could help you discover which foods are causing them.

Likewise, people with known or suspected allergies should only try an elimination diet the under the supervision of a doctor.

Finally, it’s important to note that elimination diets should only be done short-term, as long-term restrictions may cause nutritional deficiencies.