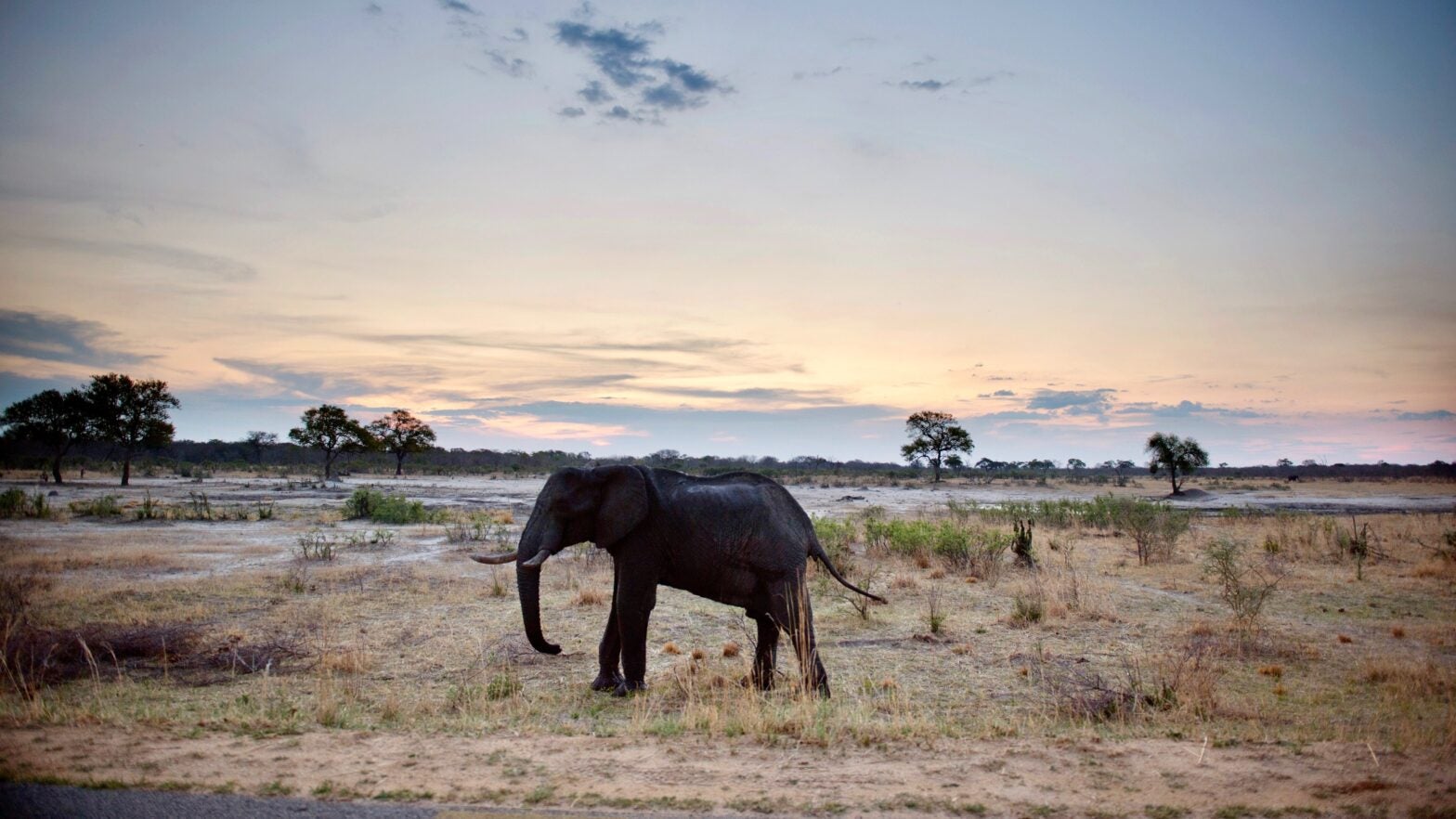 The unprecedented drought that has caused a water crisis in Zimbabwe has now claimed the life of at least 55 elephants since September, according to a wildlife spokesman, as CNN reported.

The deaths occurred in Zimbabwe’s largest national park, Hwange National Park, a game park. Some died while searching for water, others by residents of nearby communities where the elephants strayed in search of food, said Tinashe Farawo, spokesman for Zimbabwe’s Parks and Wild Life Management Authority said, as CNN reported.

The game reserve has the country’s largest population of elephants with nearly 50,000. Investigations showed that at least 55 died from food and water shortages in the park, according to Reuters. Several of the deceased elephants were found within 50 meters of water pans, which suggests that traveled long distances and died just before reaching the water, according to the BBC.

“The problem is real, the situation is dire,” said Farawo, as the AP reported.

Farawo said that the park, which does not receive funding from the government, has been trying to drill watering holes, but it has run out of money to continue, as the BBC reported.

The BBC also reported that the water shortage is not the only problem. The park has too many elephants, which has caused fierce competition for limited resources, massive destruction to the park’s vegetation and forced many elephants to stray into nearby communities. Officials say that elephants have killed more than 200 people in the last five years and 22 local villagers this year.

Hwange’s overpopulation problem stands in stark contrast to the rest of Africa where the ivory trade has decimated the number of elephants on the continent. Africa’s elephant numbers have fallen from near 415,000 to 111,000 in just the past decade, according to according to the International Union for Conservation of Nature (IUCN), as the AFP reported.

Farawo said an elephant mauled a man to death after the villager tried to chase the animal, which stepped into his garden to drink water.

“That’s why we are saying allow us to trade in these animals, and we can raise funds for their security and food. But the so-called conservationists condemn us,” said Farawo as CNN reported.

However, that often shadowy practice, received criticism from wildlife experts who say young elephants have been torn from their families, traumatized and sent to unsuitable Chinese zoos, as the BBC reported.

Critics have blamed the government for exacerbating the water crisis in the park.

“The government has over the years been allowing mines to develop in Hwange and that’s reducing grazing land, and those operations have impact on water. Even polluting the water. So the government is squarely to blame for all this,” said Lenin Chisaira, director of Advocates4Earth, which challenges selling elephants to Asian countries, to CNN.

It’s not just Hwange that needs water. The area around the park desperately needs rain. The AFP reported that the UN has warned that more than five million rural Zimbabweans — nearly a third of the population — are at risk of food shortages before the next harvest in 2020. That is in a addition to the two million people in Harare, the nation’s capital, which is facing a crisis of clean water that may lead to disease outbreak, as EcoWatch reported.