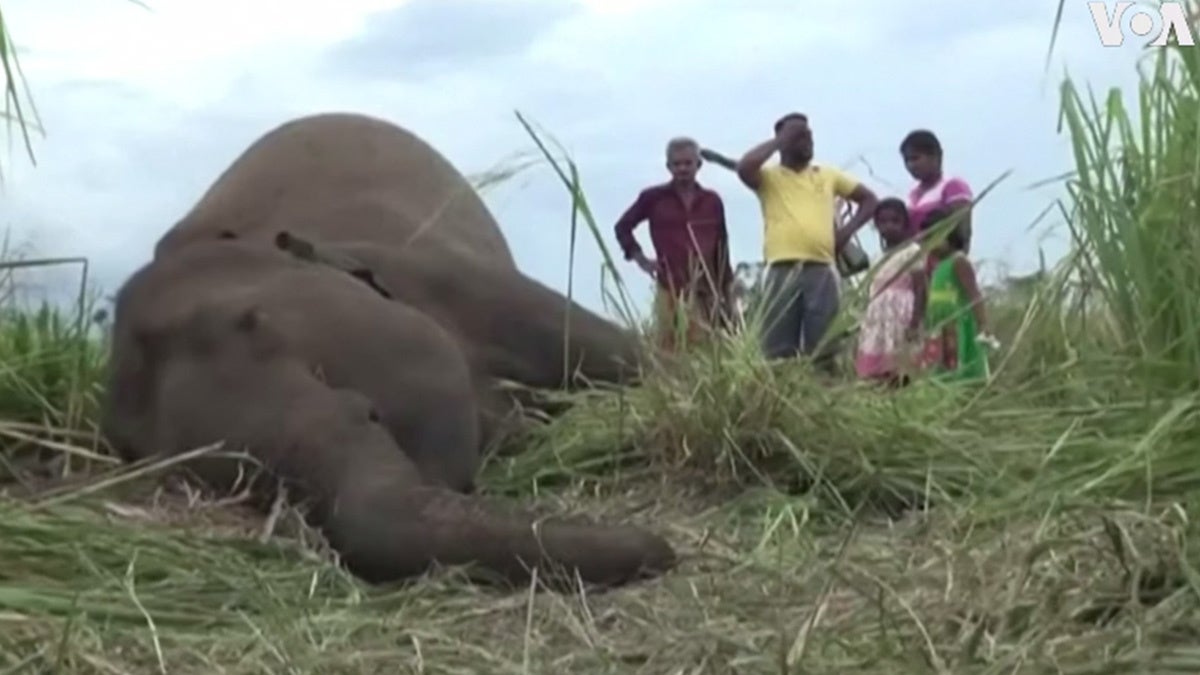 Seven elephants have been reported dead of suspected poisoning near a protected habitat refuge in Sri Lanka.

“Since Friday, we have found the remains of seven cow elephants, including a tusker,” police spokesman Ruwan Gunasekera told the Agence-France Presse (AFP). The elephants were discovered at Sinharaja Forest Reserve, a UNESCO World Heritage site encompassing the “last extensive patch of primary lowland forest” in the nation. The region is afforded the highest level of legal protection under national laws

Four carcasses were discovered on Friday, including a pregnant female, and another three the following day. It is believed that all seven elephants belong to the same herd, the BBC reports. The publication adds that another elephant was found dead on Monday from a gunshot wound, but it is not yet clear whether the deaths are related.

Every year, the AFP reports that nearly 200 elephants are killed, many by farmers protecting their crops. On the other hand, elephants kill roughly 50 people annually when they come into growing villages encroaching near their habitat. As food and water become scarce, the animals will often feed on agricultural products, leading to conflict between the humans and elephants. In the last ten years, it is believed that more than 1,300 elephants have been killed as a result of crop-raiding but that does not come without a human cost; estimates suggest that more than 500 humans have also been killed in that same timeframe, according to the conservation organization EleAid.

“As a result of forest clearing, human-elephant conflicts have also increased and led to the destruction of property and death of both humans and elephants,” wrote the World Wildlife Fund (WWF). “The problem is compounded by the elephant’s preference for crops such as sugar cane, bananas, and other fruits frequently grown in the regions.”

The Sri Lankan elephant (Elephas maximus maximus) is the largest of four Asian elephant subspecies. Though data on wild elephant populations is difficult to come by and verify, it is estimated that at last count there were no more than 4,000 wild elephants left in the country compared to more than 19,000 just a century ago, notes EleAid. Current estimates suggest that about 6 percent of the wild animals are dying each year, according to the WWF. The International Union for Conservation of Nature considers Asian elephants endangered due to their decreasing population numbers, namely from conflict that arrive through agricultural production and resource extraction like hunting and logging.

Wildlife experts and veterinarians will reportedly conduct necropsies in order to determine the cause of death of the seven elephants.