Elephants and Monkeys Are Working to Protect You From Climate Change 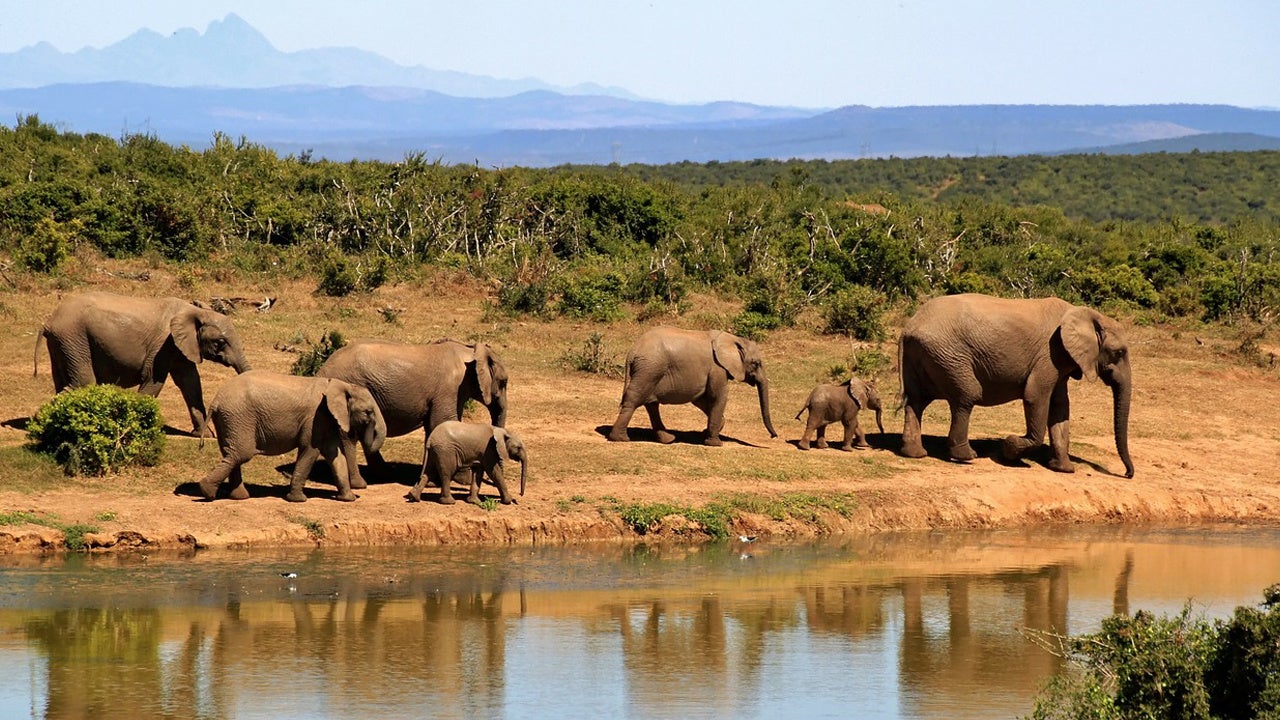 A herd of elephants. Pixabay

Mother Nature has it figured out. She’s designed a master scheme that connects plants and animals, all working in concert to keep every living thing in balance. Imagine a stack of dominoes — knock down one of them, and the rest will tumble. The same can happen in nature.

This is especially evident in places like central Africa and in South American tropical rainforests where certain animals — from the world’s largest to its smallest — help keep trees safe and healthy, which is critical as trees absorb vast amounts of planet-warming carbon pollution.

Recent research warns that losing the creatures that nurture trees puts forests in danger. This, by extension, is helping to accelerate dangerous climate change.

In central Africa, for example, elephants eat fast-growing trees, making room for those that grow more slowly. The slow-growing trees — with their very dense wood — store more carbon than their thinner, faster-developing counterparts. Without elephants, more carbon would accumulate in the atmosphere, worsening climate change, according to a new study that used computer models to project what could happen if elephant populations continue to dwindle or become extinct. 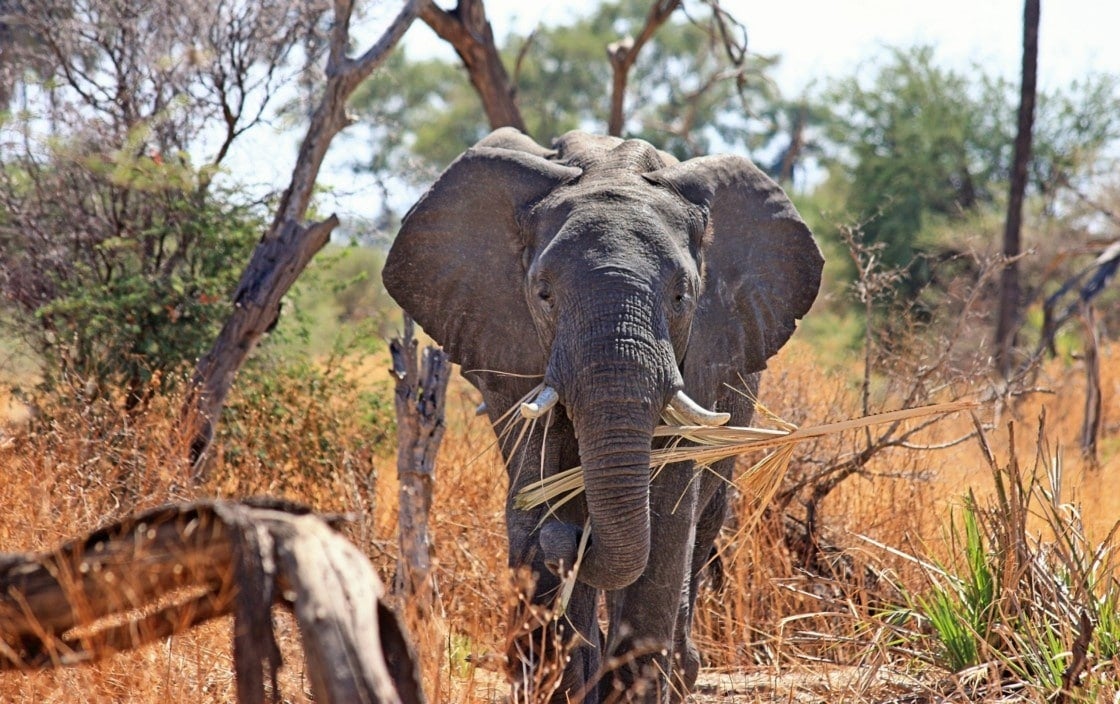 An elephant fuels up.

“Africa may once have contained 10 million elephants from the Mediterranean to the Cape, in every habitat except extreme desert. In 1970, there may have been a million left. By the end of the 1980s, there were half that number, mostly killed for the ivory trade,” said Stephen Blake, assistant professor of biology at St. Louis University, and author of the study, which appears in the journal Nature Geoscience.

Despite an international agreement created to protect them, they face extinction as hunters persist in illegally killing them for ivory. Blake said that the price of ivory is so high that poachers will kill elephants of any size for their tusks, and go to gruesome lengths to remove them.

“How many cuddly [elephant] toys will be purchased this Christmas around the world?” Blake said. “Children everywhere will take them to bed, play with them, love them and be enchanted with the notion of these massive, gentle, humbled, wrinkled old animals… How many hearts touched?… Yet, as we do all these things, we live at a time when the last members of a once global and diverse lineage of these huge animals are being slaughtered.” 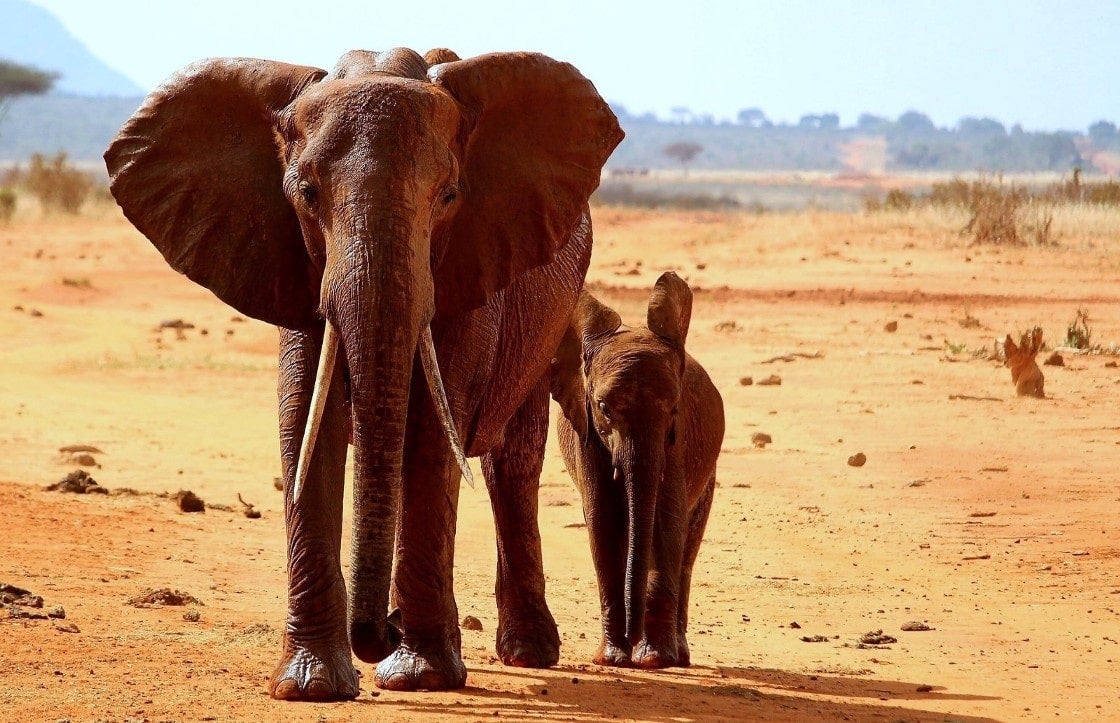 By killing elephants, poachers rob slow-growing trees of their guardian. They also slow the growth of new trees. Elephants blaze trails and disperse seeds as they forage. “Elephants are basically the gardeners of the forest,” Blake said. “They disperse over 100 species of seeds, and disperse more of them over longer distances that other dispersers.”

“Without the restorative powers of the elephants, the forest becomes a broken shadow of its former glory,” he added.

Similarly, some of the world’s littlest creatures also help replenish forests, although they don’t face the grave risks that elephants encounter. Tiny tamarins that live in Peruvian rainforests eat fruits from trees, then poop out the undigested seeds in degraded former pastures — land cleared by humans for grazing water buffalo — effectively planting trees. 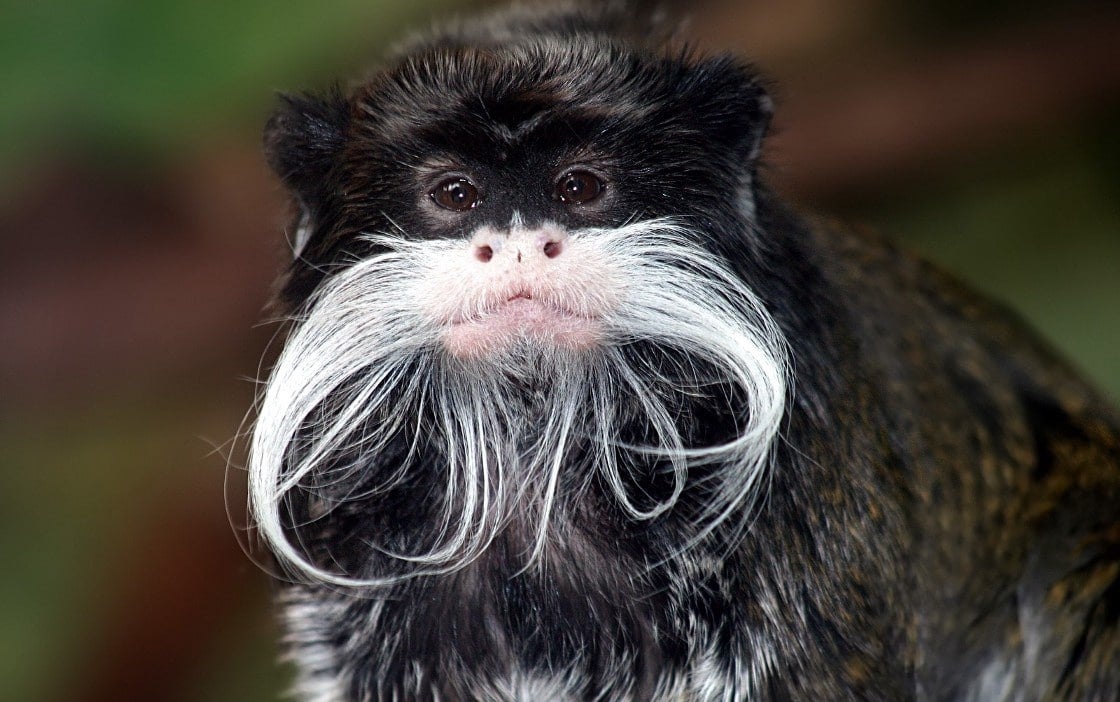 Scientists showed that two types of these squirrel-sized monkeys — moustached and black-fronted tamarins — are seeding new forests. This is vital because — like the forests of central Africa — tropical rainforests also store carbon, and are home to a vast number of plants and animals.

The scientists tracked seeds from the animals’ feces deposited in the new forest and identified eight different plant species found in the main rainforest. “Tamarins can play a role for the natural regeneration of disturbed areas,” said Eckhard W. Heymann, a scientist at the German Primate Center, who reported his findings in the journal Scientific Reports.

However, their contribution, while important, usually isn’t enough to regenerate large tracts. “So it is better to protect the forests — which also protects the animals living there — than to rely on the services [of tamarins].” Moreover, climate change may be altering the plants that tamarins eat, changing when they produce leaves, flowers and fruits. This could limit tamarins’ ability to seed new forests. 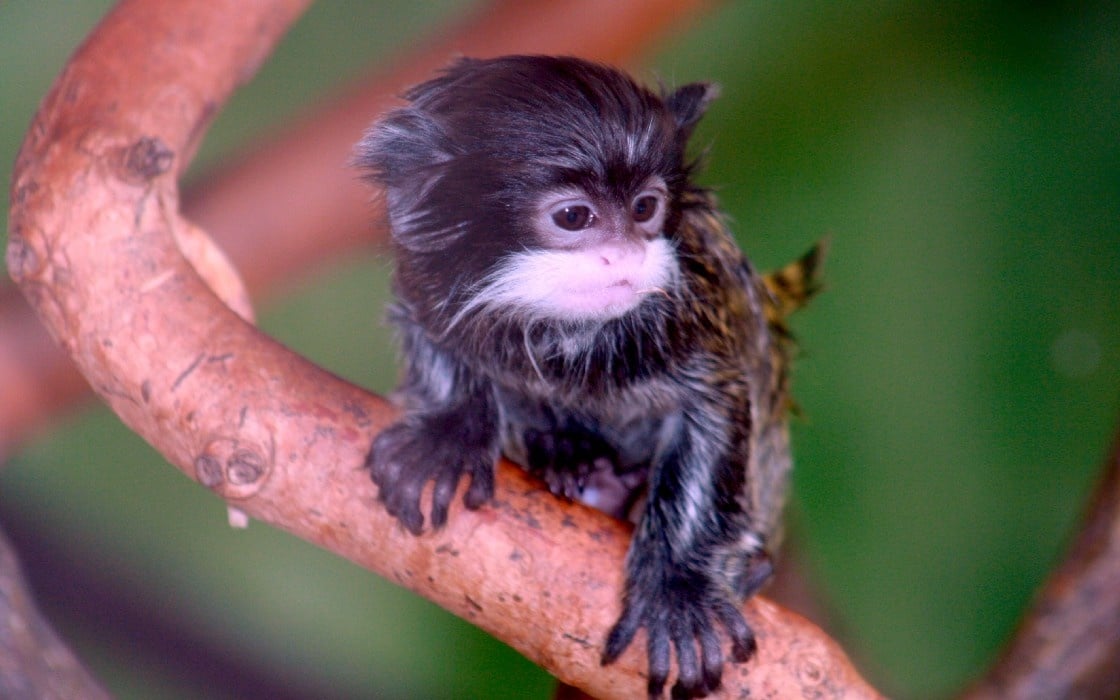 Tamarins do not face extinction, like elephants, but are not without their own risks. While hunters usually reject them because they are too small to provide meat, “they are sporadically hunted or captured to obtain infants as pets,” Heymann said. There is also the fact that forests are shrinking, meaning tamarins could lose their home. “The more serious threat at the moment comes from increasing deforestation,” he added.

Blake, who has spent nearly 20 years in Africa working in elephant research and conservation, laments their fate, describing them as “a complex society of intelligent, caring, emotional animals who respect their grandmothers and mourn their dead,” and condemns those who neglect their duty to save them.

“We will go to Mars — there is no doubt — humans are too smart not to,” he said. “Yet we do not have the wisdom to protect elephants and their forest environment that do so much for our physical, spiritual and emotional well-being.”