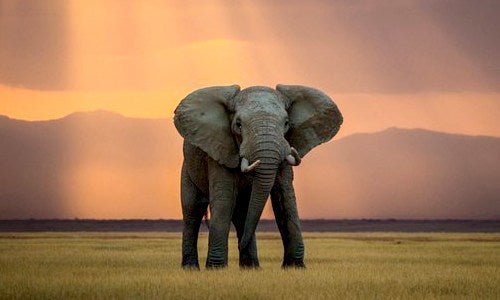 Despite a decrease in poaching, the overall African elephant population has fallen for the fourth year in a row, according to new data released by the United Nations to mark World Wildlife Day.

Years of unprecedented elephant poaching for ivory have threatened the survival of these gentle giants. As The Guardian reported, elephant poaching peaked in 2011, when it accounted for about 75 percent of all deaths.

The new UN report said that 60 percent of elephant deaths are at the hands of poachers, meaning that the overall elephant pollution is likely falling. At least 20,000 elephants were killed for ivory in 2015.

Roughly 100 African elephants are killed each day, according to 96 Elephants, a campaign ran by the Wildlife Conservation Society. Poachers seeking ivory, meat and body parts, have decimated elephant populations, leaving only 400,000 remaining compared to 1,200,000 in the 1980s.

“African elephant populations continue to face an immediate threat to their survival, especially in central and west Africa where high levels of poaching are still evident,” secretary general of the Convention on the Trade in Endangered Species (CITES), John Scanlon, told The Guardian 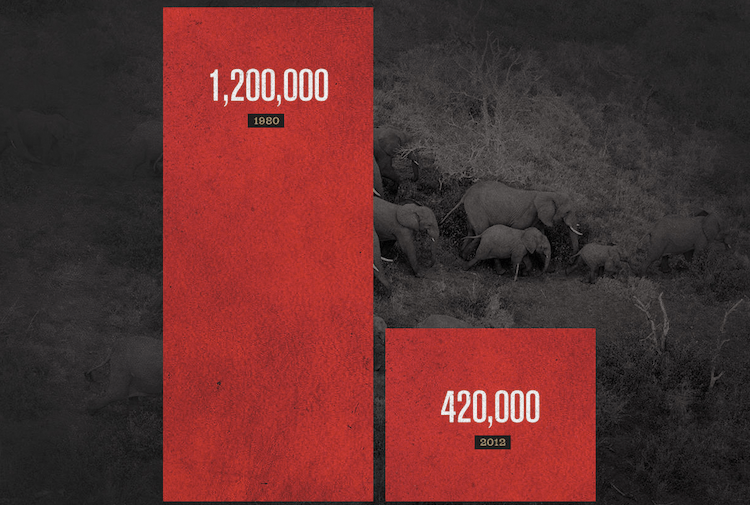 According to The Guardian, the new UN report revealed a “troubling” upward trend in elephant poaching in the Kruger national park in South Africa for the first time in 2015. The proportion of elephants killed by poaching jumped from 17 percent in 2014 to 41 percent last year.

“While [this] is still below the sustainability threshold, the substantial increase in what had been one of the most secure sites for elephants in Africa is a cause for concern,” the report said.

In the video below, Scanlon points out that the current wildlife crisis is not a natural phenomenon. Unlike a drought, a flood or a cyclone, wildlife trafficking is a direct result of people’s actions.

“People are the cause of this serious threat to wildlife and people must be the solution, which also requires us to tackle human greed, ignorance and indifference,” he says.