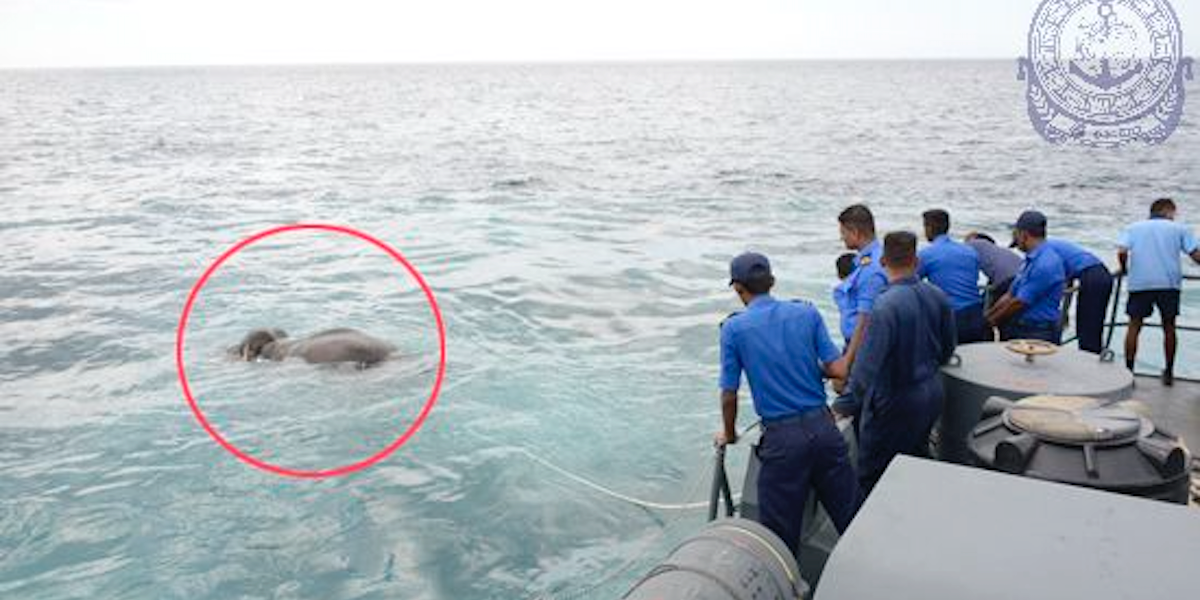 Sri Lanken Navy divers and wildlife officials saved an elephant that was swept about eight nautical miles (roughly 10 miles) off the coast of Kokkuthuduwai, Kokilai on Tuesday.

The rescue team was able to carefully direct the animal towards the coast with ropes after a 12-hour effort.

Dramatic footage of the rescue shows the elephant fully submerged in the waters and using its trunk as a snorkel.

Sri Lankan navy officials told AFP that the elephant might have been pulled out to sea while trying to cross the Kokkilai lagoon, a large stretch of water that lies between two areas of jungle.

“They usually wade through shallow waters or even swim across to take a short cut,” spokesman Chaminda Walakuluge commented. “It is a miraculous escape for the elephant.”

The animal has since been released into the care of wildlife officials.