Elephant Poaching Is on the Rise in Botswana, Study Confirms 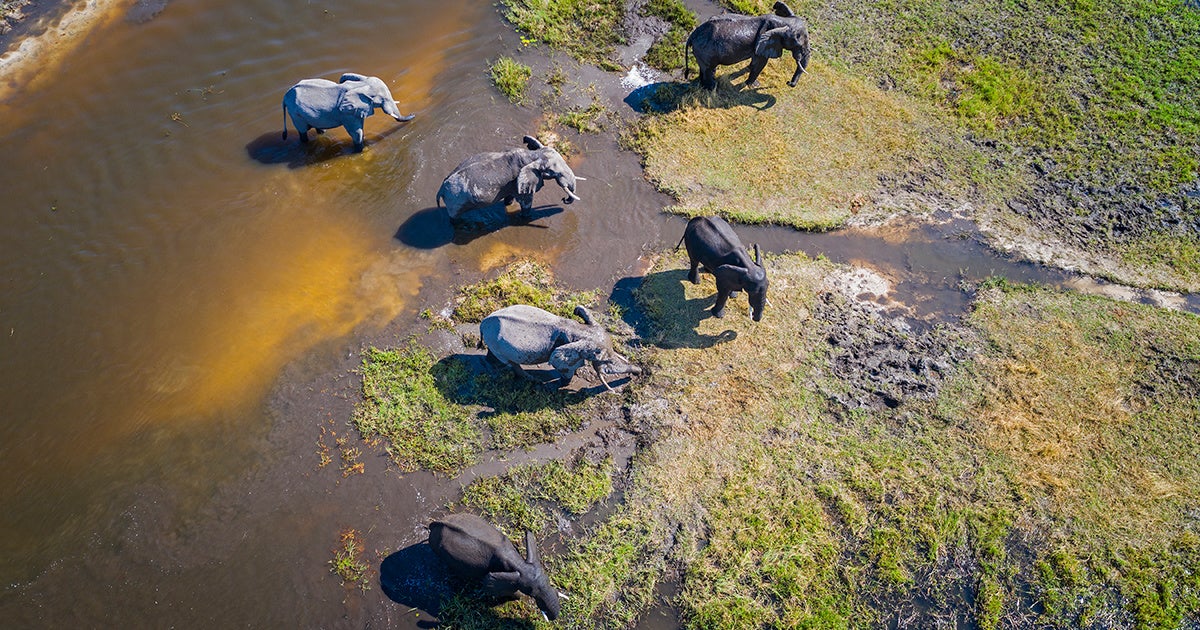 Less than two months after Botswana lifted its ban on elephant hunting, a new study has confirmed that poaching is on the rise in the country that around one-third of Africa’s savanna elephants call home.

The study, published in Current Biology, used aerial surveys to conclude that the number of fresh elephant carcasses had increased by 593 percent between 2014 and 2018 in northern Botswana. The report authors confirmed that 156 elephants had been poached for ivory in 2018 based on skull damage, and estimated that at least 385 were poached between 2017 and 2018.

“Increases in numbers of carcasses are worrisome because they can portend future increases in poaching and declines in elephant populations,” report authors Scott Schlossberg, Michael Chase and Robert Sutcliff of Elephants Without Borders wrote.

Elephant lover Ellen DeGeneres, who also spoke out against the lifting of the hunting ban, immediately responded to the study on social media.

While the uptick in poaching has not reduced the population of Botswana elephants overall, their population has fallen by 16 percent in five poaching “hotspots” while increasing by 10 percent in surrounding areas. The report authors warned that the population stability could change rapidly:

In Zimbabwe’s Sebungwe ecosystem, numbers of carcasses increased in the early 2000s while elephant populations generally remained stable. This stable period, however, was followed by a population collapse, with 2014 numbers down by 76% from the early 2000s. Likewise, in Mozambique’s Niassa National Reserve, increases in carcass ratios beginning in 2009 preceded a 78% decrease in elephant populations in just 5 years. In Kenya’s Tsavo ecosystem,
an increase in carcass ratios to 10% preceded a population
crash in the 1970s. In our hotspots, carcass ratios increased
from 5% to 16% between 2014 and 2018 (Figure 1). This change
may be a warning sign that Botswana’s elephant population
could be at greater risk in the near future.

Elephants Without Borders was also responsible for reporting at least 87 poached elephants near Botswana’s Okavango Delta wildlife sanctuary in September of 2018 while conducting aerial surveys.

That number was disputed by Botswana’s government, which called the conservation non-profit’s data “false and misleading.” It claimed the group had only reported 53 dead elephants in July and August, and that the majority had not been poached, but had died of natural causes or in conflicts with humans.

The rigor of the Current Biology paper, however, reinforces the finding that poaching has dramatically increased in the country long considered a refuge for elephants.

“Those scientists and colleagues who cast doubt on our initial findings I hope now find that the science and evidence that we describe in our paper is indeed convincing,” Chase told The New York Times.

Other scientists spoke out in support of the new paper.

“The work was exceptional in every way,” University of Washington conservation biologist Samuel Wasser told The New York Times. “There were so many features they carefully and meticulously documented. And they also looked at alternative hypotheses, and none were supported by data.”

"Such careful documentation of poaching is sorely needed across Africa. This is an example of how to do it right, and hopefully others will learn from it.” Samuel Wasser, a conservation biologist at… https://t.co/1Z75ayfdgL

Director of Research at Botswana’s Department of Wildlife and National Parks Cyril Taolo told The New York Times by phone that his department was “still interrogating this paper and coming up with a response.”