Just One Elephant Remains in the Knysna Forest 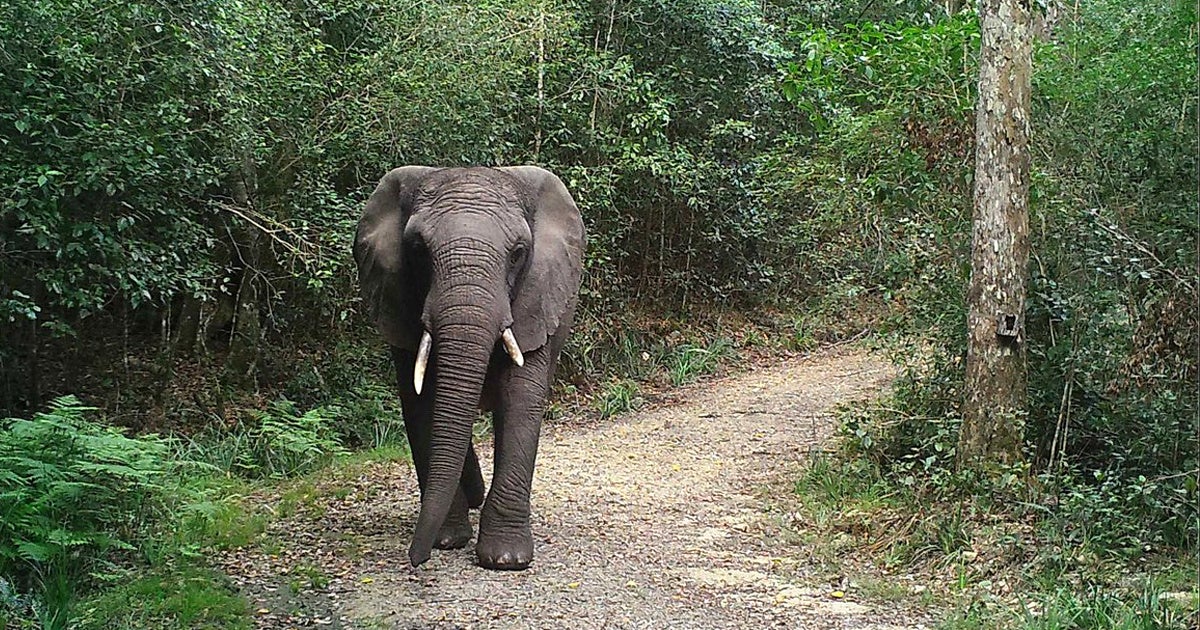 A sobering 15-month study on the declining population of the southernmost herd of African elephants has determined only one elephant, a mature female, is free-roaming in the Knysna forest in South Africa.

The analysis—titled And Then There Was One—was recently published in the African Journal of Wildlife Research.

Research conducted by SANParks scientists has confirmed the presence of a female elephant roaming the Knysna forest: https://t.co/9SJO52F5ew pic.twitter.com/AugU9o0xRL

For the study, researchers set up camera trap across the whole elephant range from July 2016 to October 2017 and concluded upon analysis that the female elephant, estimated at 45 years old, was by herself.

“Because elephants move along defined elephant pathways, we placed our cameras on these paths and covered the elephant range evenly, with spaces between camera traps no larger than the smallest range recorded for elephants,” one of the study’s authors Lizette Moolman, a South African National Parks scientist, explained in an article posted to the park’s website.

“In other words, an elephant would not reside in a gap area, between camera trap locations, for the duration of the survey. The cameras were all active for 15 months, and during this time the same female elephant was identified in 140 capture events, always by herself. No other elephants were photographically captured.”

Fellow researchers behind the study were shocked to find only one elephant left in Knysna, as the gentle giants historically roamed the area in the thousands.

“The brutal reality is there is no longer a population of Knysna elephants,” study co-author Graham Kerley of the of Centre for African Conservation Ecology at Nelson Mandela University, told Business Day. “All the mystique of the Knysna elephant is reduced to a single elephant left in rather tragic circumstances.”

Their numbers have declined dramatically over the past three centuries due to hunting as well as human encroachment that has forced the elephants from their natural habitats and squeezed them into smaller and smaller areas. The Knysna forest was previously a site for rampant timber exploitation.

While the solitary elephant appears in relatively good shape, Kerley explained to Business Day that she has swollen temporal glands with excessive temporal streaming, suggesting she might be stressed from being alone.

According to the National Elephant Center, female African elephants are social creatures and usually roam in herds with a number of related female adults and male and female offspring.

The maximum lifespan for females is more than 65 years, so the lone Knysna elephant could be by herself for two more decades.

As for capturing her and moving her to other elephant populations, Kerley noted that “would be dangerous for her and we don’t know if it would even be of any value to her as she knows the forest and she might not be able to settle into another area with other elephants.”

Images of her show that her breasts are undeveloped and her mammary glands are shriveled, meaning she has likely never been pregnant or has not given birth in a long time, according to Business Day. Artificially inseminating her would be too risky to attempt, Kerley said.

“Considering all these factors, the debate about how we have allowed this population to go functionally extinct and how to manage the last elephant is very emotional and very serious as she is a symbol of how we are treating biodiversity as a whole,” Kerley told the publication.