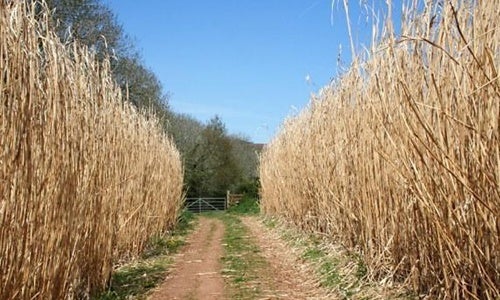 In tomorrow’s world, it won’t be just the corn on the great American plains that is as high as an elephant’s eye. It will be the elephant grass as well.

To deliver on U.S. promises to reduce fossil fuel use, American motorists in future will drive on miscanthus—as elephant grass is also known—and prairie switchgrass. 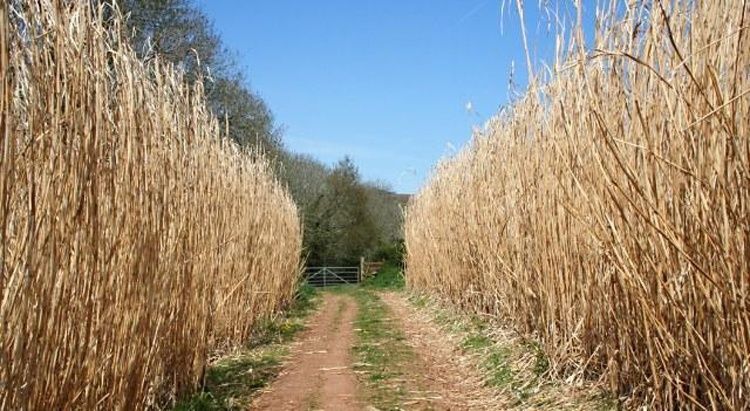 Elephant grass has a high biomass yield and grows rapidly to over three metres tall.

Researchers led by Evan DeLucia, professor of biology at the University of Illinois, report in a new journal, Nature Energy, that to exploit biofuels—which recycle carbon already in the atmosphere, and are therefore technically “carbon-neutral”—Americans will have to think again about how they manage the change away from fossil fuels.

Right now, the U.S. Environmental Protection Agency’s Renewable Fuel Standards foresee that by 2022 American motorists will start up their cars with 15 billion gallons (57 billion liters) of ethanol from corn. But this could be augmented by 16 billion gallons (60 billion litres) of biofuel derived from perennial grasses.

The switch to the prairie’s native switchgrass (Panicum virgatum) and Eurasian elephant grass (Miscanthus giganteus) will be necessary because there are problems with corn as a source of energy.

One is that, in an increasingly hungry world, it reduces the overall levels of food available. The second is that corn requires annual planting, fertilising and harvesting. Perennial grasses simply grow, and can be mown once a year.

So by turning over surplus land to swift-growing grasses, and at the same time reducing the levels of carbon dioxide released from cultivation, the U.S. could meet its target of a 7 percent reduction in its annual transportation emissions by 2022. If farmers went on gradually to switch from corn to the grasses, the reduction could get as high as 12 percent.

Professor DeLucia said: “Greenhouse gas savings from bioenergy have come under varying levels of attack, and this paper goes a long way to showing that, contrary to what some are saying, these savings can be potentially large if cellulosic biofuels from dedicated energy crops meet a large share of the mandate.

“This is a viable path forward to energy security, reducing greenhouse gases and providing a diversified crop portfolio for farmers in the U.S.”

The researchers used a climate model to test what would happen if land now being used to grow corn (Zea mays) for ethanol—currently, 40 percent of the corn harvest is used for biofuel—was switched to the two candidate grasses.

“Our results were staggering,” Professor DeLucia said. “Since both of those plants are perennial, you don’t till every year. The grasses also require less fertilizer, which is a source of nitrous oxide, and they store more carbon in the ground than corn.”

The switch could turn the U.S. Midwest from a net source of greenhouse gas emissions to a “sink” absorbing them. The study assumed that, rather than the most productive soil, the low-yielding land would be converted to grasses for biofuel.

It also factored in some of the other consequences: if the extra billions of gallons of fuel led to a fall in fuel prices, would Americans drive more, and eliminate the carbon savings? Even if that did happen, such a change has the potential to reduce U.S. emissions overall.

But growers have to be sure that energy policies will be consistent, according to the paper’s co-author, Madhu Khanna, professor in the Department of Agricultural and Consumer Economics at the University of Illinois.

“The moral of this whole story is that we need to find a way to expand the production of second generation biofuel crops and maybe even displace corn ethanol,” she said.