What Is Electricity Deregulation? [2022 Guide]

Energy is one of the most important aspects of running a home — and understanding a deregulated energy market can be challenging for everyday consumers. Most homeowners probably don’t even know what a deregulated electricity market is.

If you’re moving to an area with deregulated electricity or already live in one and thinking of switching to a new provider, you should know your options. With dozens of suppliers, hundreds of plans and fine print galore, it’s essential to know the basics. Let us walk you through them. 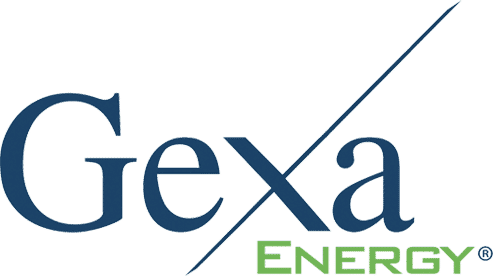 What Is Deregulated Electricity?

Electricity deregulation allows consumers to choose the company that supplies their energy. When you switch suppliers, how electricity is delivered to your home won’t change. Choosing a new electric supplier and/or plan gives you the ability to choose the best rates, energy sources and contract terms for your needs.

You can compare it to selecting an internet service provider — only certain providers are available in a given region, but you’ll likely have a choice between competitors, and each competitor will offer multiple plans to suit different needs and preferences.

Deregulated electricity markets allow competitors to enter (and exit) the market to buy and sell electricity by buying power plants and transmission lines. The aim of deregulation is to prevent monopolies, keep prices competitive and give consumers the power to choose plans suited to them.

Deregulation is intended to benefit everyday consumers — you can keep your rates low, support green energy and choose the term length and contracts best for you. But in a market with companies hungry for your business, consumers have to proceed with caution and make sure they understand all the terms of the plans they’re signing on to.

If you’re interested in choosing a new energy plan, here are a few providers we recommend that may be available in your area:

How Does Energy Deregulation Work?

In deregulated markets, companies offer a range of energy plans with competitive prices, energy source choices and terms. The intent is for competition between businesses to incentivize efficiency — if a company operates with lower overhead, it can offer lower rates and attract more business.

Let’s define the difference between a utility and an electricity supplier.

Utilities can be either private, investor-owned companies (investor-owned utilities or IOUs) or can be operated by government entities. Either way, they are regulated by state public utility commissions (PUCs). An example of a government-operated utility is Seattle City Light, which is operated by the City of Seattle. ConEd (Consolidated Edison) is an IOU that operates in New York. Some communities, usually rural or remote ones, are served by cooperatives owned by the community.

If you live in a deregulated energy state and can choose your supplier, you can likely do so without even requiring a visit from the company to your home or business.

Check out this video for some of the basics of deregulation.

The Quick Background on Electricity Deregulation

Electricity deregulation is not a new concept. The original energy markets of the late 1800s and early 1900s were deregulated for the most part, and individual electric companies competed for business.1 At the time, though, the aggregate electricity supply in the U.S. was quite small. It wasn’t until the electricity infrastructure experienced growing pains that the need for regulation and restructuring became an issue — the sheer scale of the power grid’s expansion required the oversight of a national entity to prevent blackouts, create energy efficiency and provide reliable electric power. Here’s a brief timeline:

By the early 2000s, several states — most notably Texas, Pennsylvania and New York — had adopted at least partially deregulated electricity markets. In these states, power providers purchase electricity from power producers then set the tariff at which they sell that electricity to the public. As of 2022, 15 states have some form of electricity deregulation. A number of others have also deregulated natural gas.

Simply put, consumers don’t get to choose an electricity supplier in regulated markets. In deregulated markets, consumers can usually choose between a selection of suppliers in their area or in some cases, stay with the default plan from their utility company. There are a few more nuances to it though.

A regulated electricity market means that many, but not all, local utilities own and operate all aspects of electricity supply, including:

In regulated markets, electric utilities are overseen by PUCs, which set the rates, fees and other services within the power industry.

State PUCs regulate electricity suppliers to some extent, but it varies by region. Utilities and distribution are still fully regulated by PUCs.

There are currently 15 states that offer some form of electricity deregulation. Deregulated energy structures don’t look exactly the same state by state, however. In some states, we found that only small regions offered multiple choices for electricity. In others, electricity markets are technically deregulated, but have struggled to gain a foothold in the state. Other states have legislation surrounding deregulation that is still in flux.

The green-shaded states in the map below offer some form of deregulation in their electricity markets. 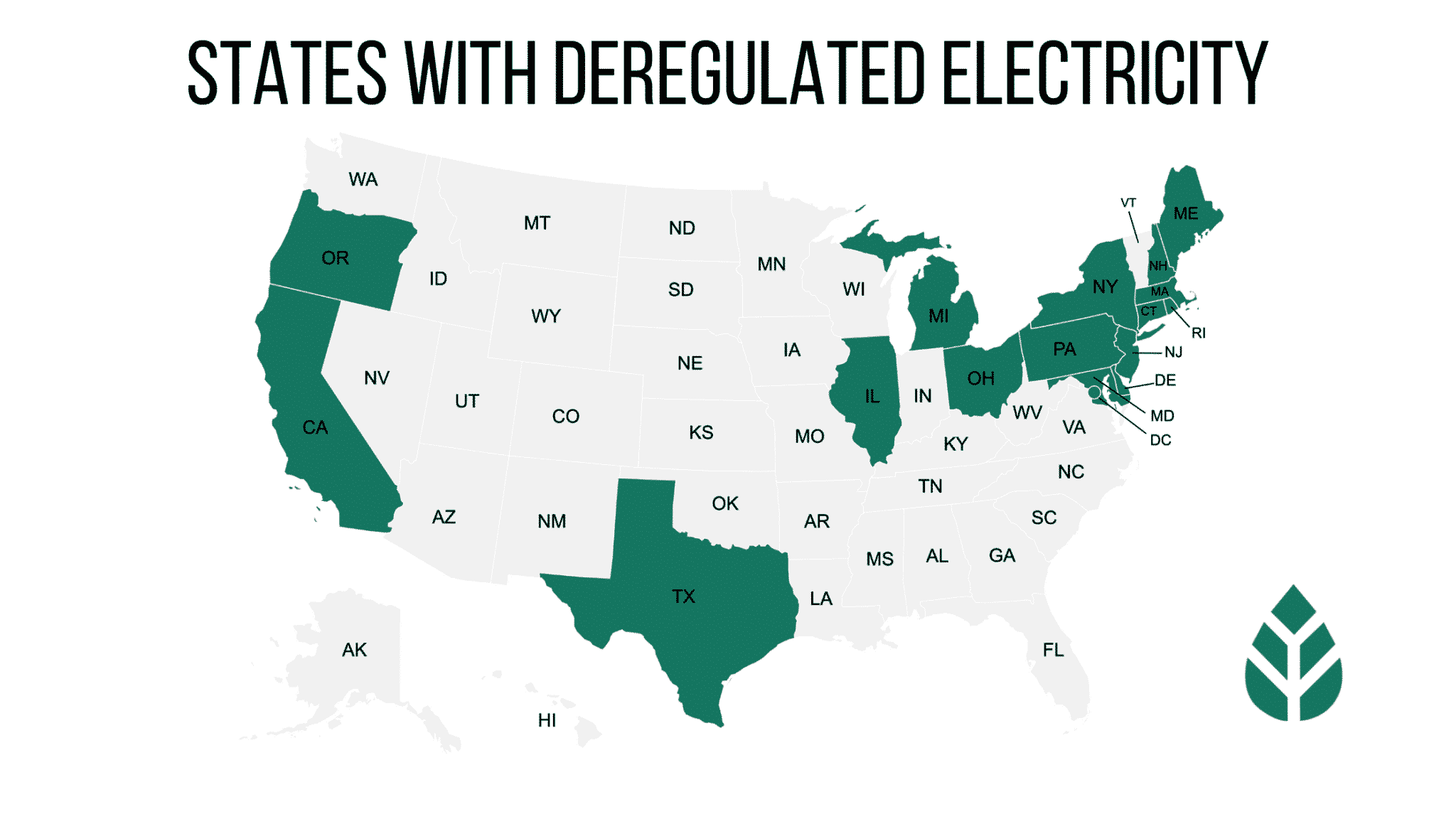 If you live in one of the 15 states with deregulated energy markets, you likely have a choice in your energy supplier and different plans the suppliers offer. You might want a supplier that provides clean energy, or you may simply want a provider with a lower rate.

The EcoWatch team is here to help. We’ve narrowed down the top clean-energy providers in specific deregulated states, and by using this tool or clicking the links below, you can compare prices and find the right plan for you. 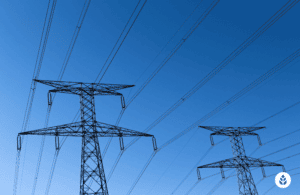