Electric Vehicles Vs. Hybrids: The Face-off For Distance, Efficiency and Reliability 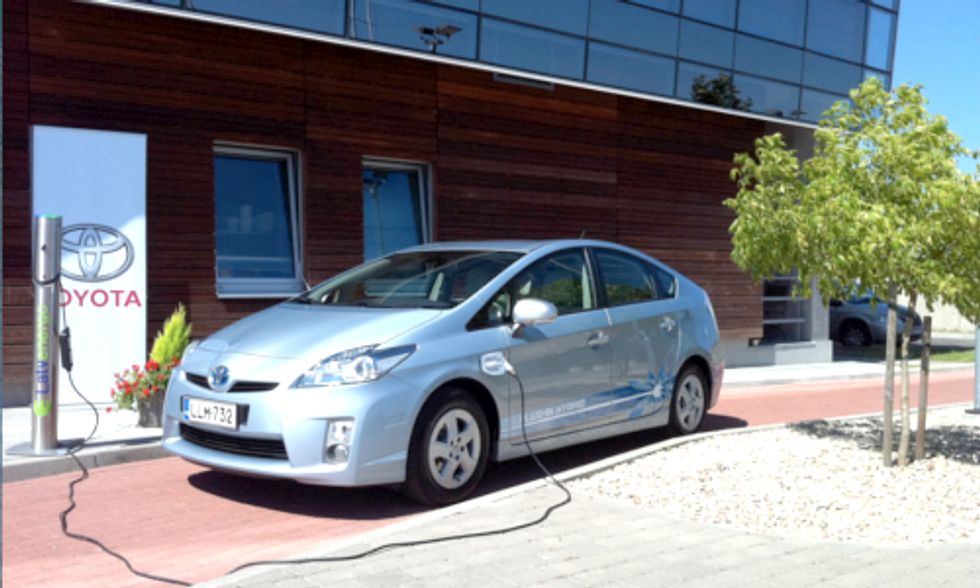 Choosing a vehicle is tough.

Front wheel drive, rear wheel drive, or all-wheel drive? Do I even need a CD player? And what about color? Burnt orange is nice, but so is cashmere metallic and squid ink (hint: always get squid ink). Considering a hybrid or electric vehicle adds another factor into an already difficult decision. Should you go with a standard hybrid, plug-in hybrid, battery electric or fuel cell? What is the difference between these types of vehicles anyway?

Conventional hybrids, like the Toyota Prius, combine both a gasoline engine with an electric motor. While these vehicles have an electric motor and battery, they can’t be plugged in and recharged. Instead their batteries are charged from capturing energy when braking, using regenerative braking that converts kinetic energy into electricity. This energy is normally wasted in conventional vehicles.

Depending on the type of hybrid, the electric motor will work with the gasoline-powered engine to reduce gasoline use or even allow the gasoline engine to turn off altogether. Hybrid fuel-saving technologies can dramatically increase fuel economy. For example, the 2014 Honda Accord hybrid achieves a combined 47 miles per gallon (mpg) compared to a combined 30 mpg for the non-hybrid version. At 12,000 miles a year and $4 per gallon of  gasoline, that means saving over $575 each year.

Plug-in hybrid electric vehicles (PHEVs) are similar to conventional hybrids in that they have both an electric motor and internal combustion engine, except PHEV batteries can be charged by plugging into an outlet. So why opt for a PHEV instead of a conventional hybrid? Well, unlike conventional hybrids, PHEVs can substitute electricity from the grid for gasoline. The 2014 Ford Fusion Energi, for example, can go about 21 miles by only using electricity, and the 2014 Chevy Volt can go around 38 miles before the gasoline motor kicks in.

Though this doesn’t sound like a far ways, many people drive less than this distance each day. In a recent Union of Concerned Scientists (UCS) survey, 54 percent of respondents reported driving less than 40 miles a day. Moreover, using electricity instead of gasoline is cheaper and cleaner for most people. The average cost to drive 100 miles on electricity is only $3.45 compared to $13.52 for driving 100 miles on gasoline.

This 2014 Mercedes-Benz B-Class offers up to 115 miles of estimated range on a single charge thanks to a battery built by Tesla. Photo credit: Union of Concerned Scientists

Battery electric vehicles run exclusively on electricity via on-board batteries that are charged by plugging into an outlet or charging station. The Nissan LEAF, Fiat 500e, and Tesla Model S fall into this category, though there are many other BEVs on the market. These vehicles have no gasoline engine, longer electric driving ranges compared to PHEVs, and never produce tailpipe emissions (though there are emissions associated with charging these vehicles, which UCS has previously examined).

The BEVs on the market today generally go around 60 to 80 miles per charge, though a Tesla can travel over 200 miles on a single charge. A recent UCS survey found that a BEV range of 60 miles would fit the weekday driving needs of 69 percent of U.S. drivers. As battery technology continues to improve, BEV ranges will extend even further, offering an even larger number of drivers the option of driving exclusively on electricity.

Fuel Cell Electric Vehicles (FCEV) use an electric-only motor like a BEV, but stores energy quite a bit differently. Instead of recharging a battery, FCEVs store hydrogen gas in a tank. The fuel cell in FCEVs combines hydrogen with oxygen from the air to produce electricity. The electricity from the fuel cell then powers an electric motor, which powers the vehicle just like a BEV. And like BEVs, there is no smog-forming or climate-changing pollution from FCEVs tailpipe – the only byproduct is water. Unlike BEVs or PHEVs, however, there is no need to plug-in FCEVs, since their fuel cells are recharged by refilling with hydrogen, which can take as little as 5 minutes at a filling station.

But just as producing electricity to charge a plug-in vehicle creates emissions, producing hydrogen also generates emissions. Hydrogen made today from natural gas produces about the same total emissions per mile as charging a plug-in vehicle with electricity generated from natural gas. But when made from renewable sources like biomass or solar power, hydrogen can be nearly emission free.

Moreover, hydrogen fueling infrastructure, like public electric vehicle charging stations, is still ramping up—and mostly available in California. With increased state and federal policies aimed at helping get more of these vehicles on the road, FCEVs can become a large part of our future transportation systems.