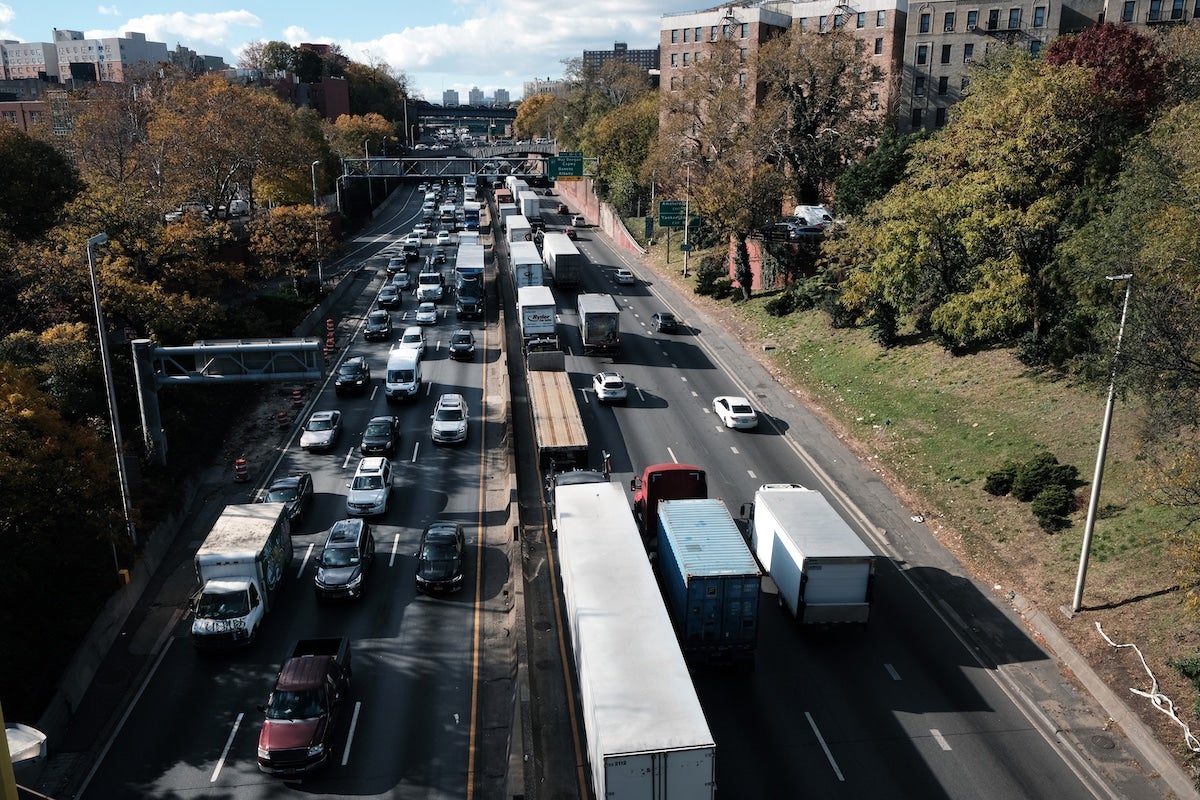 Cars and trucks move along the Cross Bronx Expressway, a notorious stretch of highway in New York City that is often choked with traffic and contributes to poor air quality. Spencer Platt / Getty Images

Switching to electric vehicles could save lives.

That’s the conclusion of a new report from the American Lung Association (ALA), which found that a national transition to electric vehicles powered by renewable energy could prevent more than 100,000 early deaths.

“Zero-emission transportation is a win-win for public health,” ALA National President and CEO Harold Wimmer said in a press release. “Too many communities across the U.S. deal with high levels of dangerous pollution from nearby highways and trucking corridors, ports, warehouses and other pollution hot spots. Plus, the transportation sector is the nation’s biggest source of carbon pollution that drives climate change and associated public health harms. This is an urgent health issue for millions of people in the U.S.”

The report, released Wednesday, is titled “Zeroing in on Healthy Air.” It looked at what would happen if the U.S. vehicle fleet switched to 100 percent electric passenger vehicles by 2035 and 100 percent electric medium-and heavy-duty trucks by 2040. It further presumed the electricity would be powered with renewable energy.

The results? Such a shift would see five major benefits between 2020 and 2050:

In addition to contributing to global warming, gas-powered vehicles are a major source of dangerous air pollution. Taking them off the road would reduce nitrogen oxides by 92 percent by 2050, Volatile Organic Compounds by 78 percent, fine particulate matter by 61 percent, sulfur dioxide by 93 percent and greenhouse gas emissions by 93 percent.

Further, it would be a win for environmental justice. Currently, people of color in the U.S. are as much as three times more likely than white people to breathe polluted air.

“Pollution from the transportation sector has been a long-standing obstacle to advancing environmental justice, as many communities of color and low-income families live near areas where pollution from vehicles and engines is abundant, and therefore experience disproportionate exposures to this pollution,” the U.S. Environmental Protection Agency said in a March fact sheet, as quoted in the report.

“It is critical that we ensure these benefits are realized in the near term in communities most impacted by harmful pollution today,” Wimmer said in the release.

There is a question of whether or not the picture painted by the report can come true. The Build Back Better Act, which would provide substantial funding for climate initiatives, is currently languishing in the Senate, as The Guardian reported. However, report author Will Barrett said the current moment of high gas prices due to Russia’s Ukraine invasion showcased the urgency of decoupling fossil fuels and transportation.

“The current rising gas and energy prices are a symptom of our addiction to fossil fuels,” Barrett said, as The Guardian reported. “But outside the economic pain, there’s significant public health pain caused by our addiction to fossil fuels. Transitioning to zero-emission technologies and energy depends on strong political leadership and investments, in order to get the potential health benefits off the page and into the real world.”