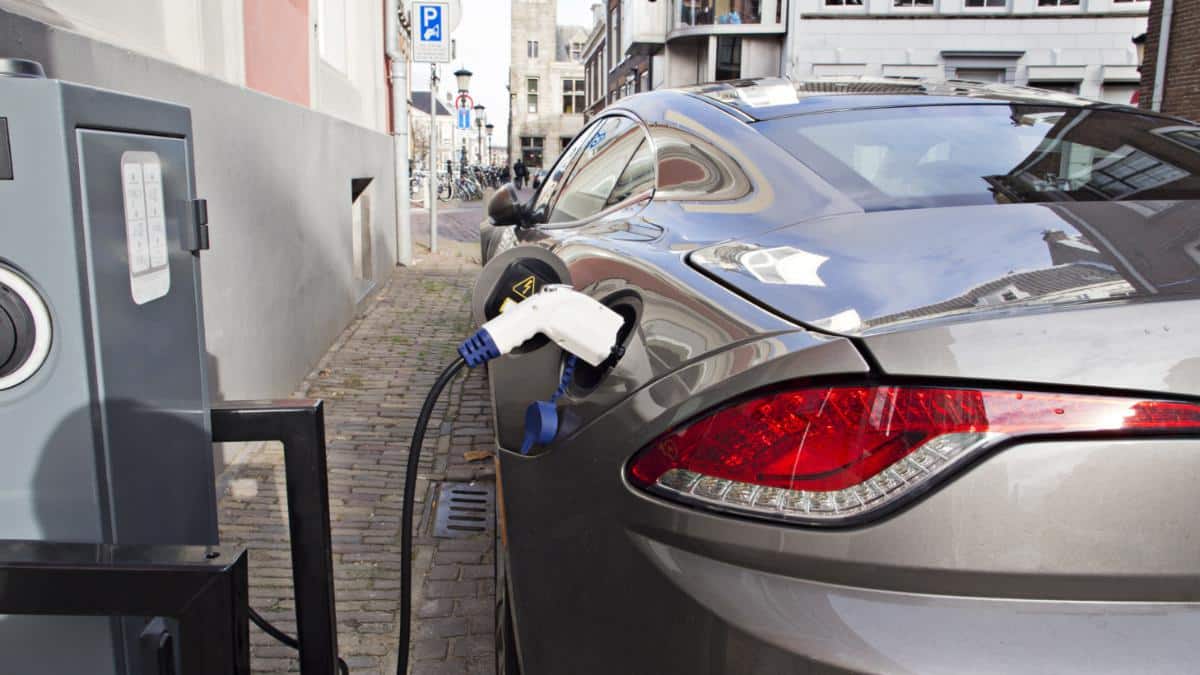 The number of EVs registered across the globe expanded massively in 2020, according to the International Energy Agency (IEA) – and this is set to continue over the next decade.

Here are five facts about the market from the agency’s first Global Electric Vehicle Outlook report.

1. There Were 11 Million Registered Electric Vehicles on the Road at the End of Last Year

10 million of these were cars. The total number of electric cars, buses, vans and trucks is projected to rise to 145 million, or 7% of road transportation, by the end of the decade under governments’ existing energy and climate policies.

With even bolder climate programs and emission reduction targets, there could be up to 230 million electric vehicles on our streets – 12% of all road transport – by 2030. Motorcycles and mopeds were not included in the figures.

2. Electric Car Buying Remained High in the Face of the Pandemic

Electric car registrations were up 41% in 2020, despite a 16% drop in overall car sales across the world.

Last year was indeed a ground-breaking one for the sector, as Europe overtook China as the centre of the global electric car market for the first time. From global electric car sales of 3 million, registrations in Europe more than doubled to 1.4 million, while in China they increased to 1.2 million. 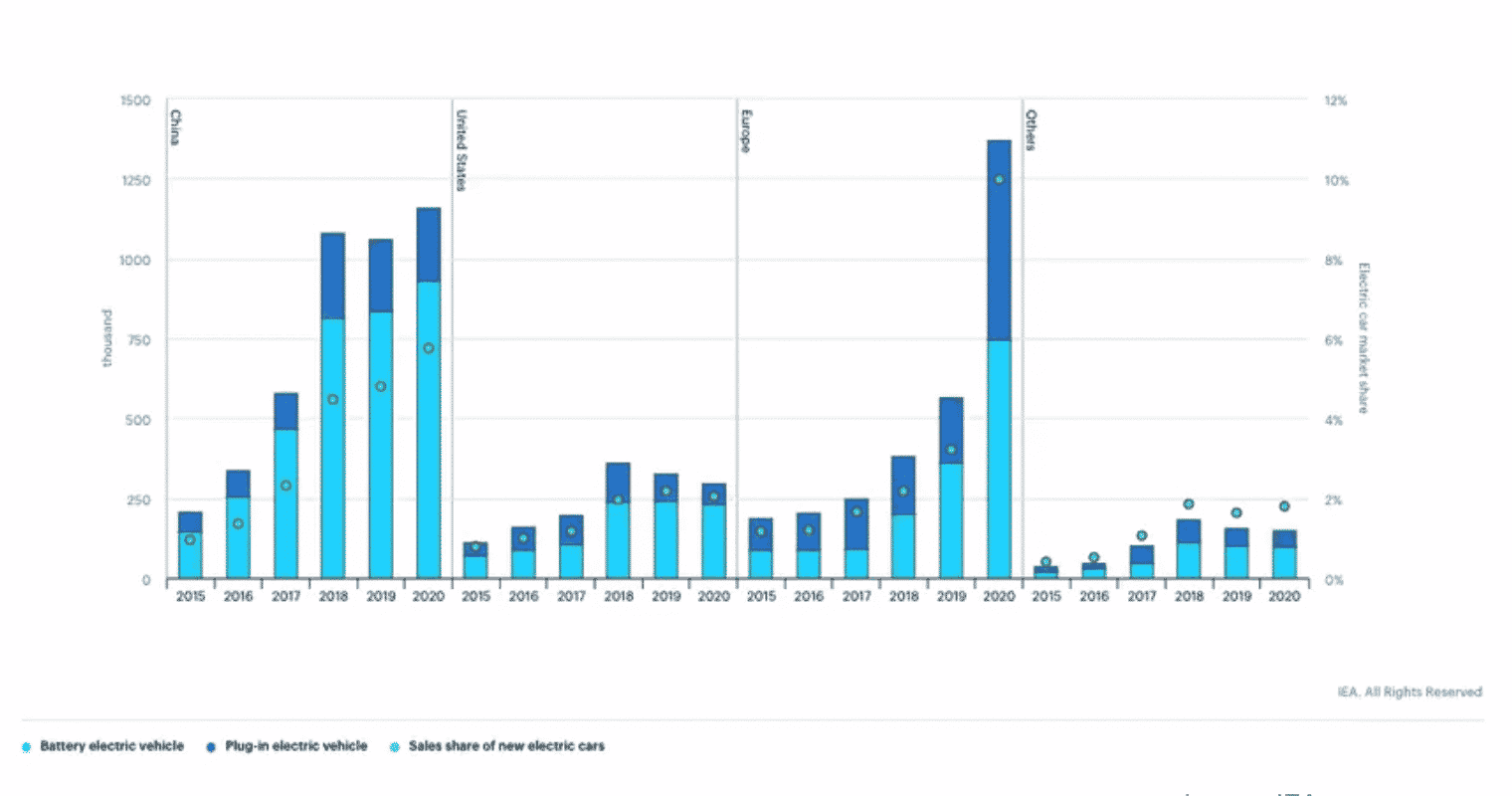 3. Consumer and Government Spending on Electric Cars Rose in 2020

A rise in the number of different EV car models available in the market to 370 and the falling cost of batteries saw consumers spend 50% more on electric cars in 2020, to the tune of $120 billion.

Governments also continued to encourage the move to EVs, spending $14 billion on direct purchase incentives and tax deductions – a 25% rise year-on-year. Before the pandemic, many countries strengthened key policies such as CO2 emission standards and zero-emission vehicle (ZEV) directives. By the end of 2020, more than 20 countries had either announced bans on sales of internal combustion engine cars or decreed that all new sales be zero-emission.

Some European countries increased buying incentives and incorporated the promotion of EVs into their post-pandemic economic recovery plans. China postponed the end of its New Energy Vehicle (NEV) subsidy scheme to 2022, to safeguard EV sales from the economic downturn.

Consumer and government spending on electric cars rose in 2020. IEA

Across China, Europe and North America these rises were mainly due to municipal governments imposing greater emission reductions on commercial vehicles operating within their towns and cities. China, for example, commands a 27% share of all electric bus sales, where new registrations were up 9% in 2020.

Electric heavy-duty trucks, while more established in China, have only recently begun to come on stream further afield, currently consisting of around 1% of all truck sales in both Europe and the US.

Up to two-thirds of emissions could be slashed in that time if countries endorse more ambitious ‘sustainable development’ targets.

While progress is being made, electric cars currently make up 1% of the global fleet. And significant barriers to the wholesale adoption of EVs remain, the report says.

Insufficient charging infrastructure continues to prevent wider use, as does the low supply of appropriate electric vehicles in many sectors, such as heavy industry. Despite falling battery costs, rising vehicle production to meet demand, and the promise of savings over the lifetime of an EV from lower fuel and maintenance costs, upfront prices remain prohibitive for some.

On the supply side, there are also challenges related to the poor sustainability levels associated with EV batteries: the sourcing of raw materials is frequently concentrated in a few developing countries that are often politically volatile and economically fragile.

A related concern is around recyclability. EV batteries consist of multiple Lithium-ion cells that are largely difficult to dismantle and which contain hazardous materials.

But there are some recent examples of the industry responding to this challenge.

Nissan is now reusing batteries from its Leaf cars to power automated guided vehicles used around assembly plants. And while Volkswagen has also redeployed old batteries, it has also opened a recycling plant in Salzgitter, Germany.

But until recycling moves from the fringe to the mainstream of EV battery production, demand for critical raw materials will only grow.

The Global Battery Alliance (GBA), initiated with support of the World Economic Forum, is a public-private collaboration between 70 organizations across manufacturing, public service and civil society that was established to address this issue by working to bring sustainability to the battery value chain.

The GBA advocates for the production of EV batteries and their by-products to be integrated into the circular economy and promoting transparency and reduction of greenhouse emissions from battery manufacturing.

Last year, the alliance outlined 10 guiding principles for a sustainable battery value chain, to significantly reduce the 40% of all annual global carbon emissions that the transport and power industry is currently responsible for.

It is also committed to policies in which EV battery production takes into account local economies, their environments and human rights, especially in relation to child labor exploitation.