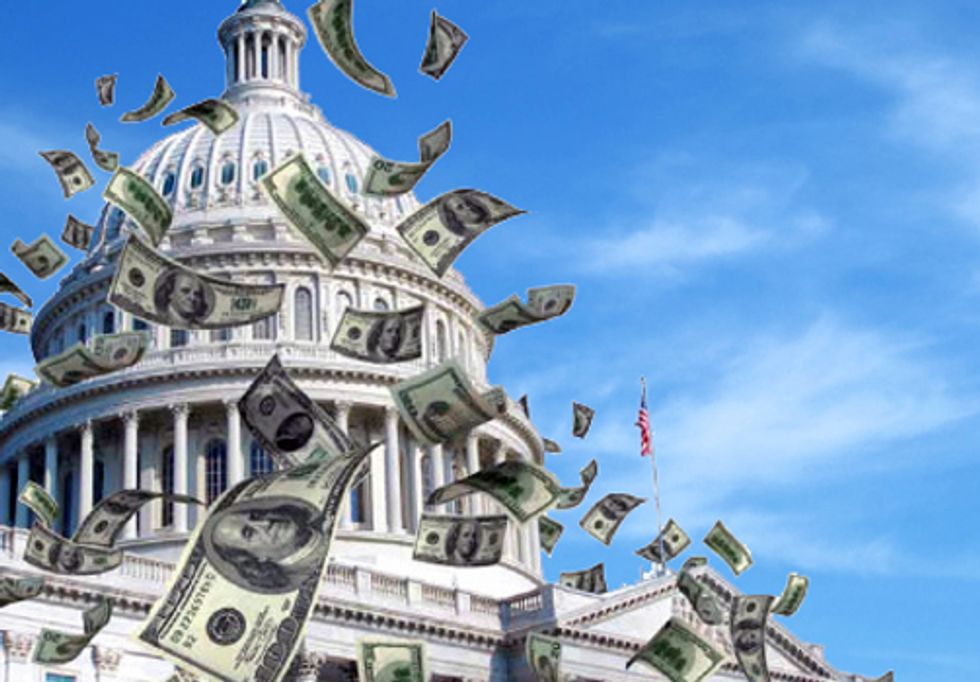 Americans have returned a clean energy champion to the White House, but they didn’t stop there. All the way down the ticket, voters overwhelmingly favored candidates who support clean energy, clean air and strong public health safeguards.

This is victory for everyone who likes to breathe clean air and drink clean water, and it is a resounding defeat for polluters and the dirty agenda they tried to sell to voters.

The fossil fuel industry went all in on this election. By mid-September, oil, gas and coal companies had spent more than $150 million on campaign ads. Texas oil barons handed more than $10 million to Governor Romney in one week alone—the week before he released his energy plan. By the time all the checks are tallied, the amount spent by dirty energy companies will be well over $200 million.

And yet the fossil fuel industry has little to show for it. Oil, gas, and coal companies spent $20 million to defeat Senator Sherrod Brown (D-OH), but he won anyway. He ran on his record of supporting renewable power and environmental protections, and voters rewarded him for it.

They did the same thing in the New Mexico Senate race. Fossil fuel companies opened their checkbooks for former Representative Heather Wilson, a pro-drilling, anti-climate action candidate. But voters preferred Representative Martin Heinrich and the fact that he made clean energy and climate action a central part of his campaign.

In Virginia, fossil fuel companies and other outside interests spent heavily to take a senate seat away from the Democratic Party. Voters weren’t buying it. They elected former Governor Tim Kaine who has a long history of standing up for clean air and public health safeguards.

It turns out my mother was right: money can’t buy you love. If you can’t buy it for $200 million, then it’s not for sale.

That means these Senators are free to do the right thing on clean energy and clean air. They underwent a full-throttled, deep-pocketed attack on from the right and survived. Why? Because voters did not take the side of polluters. They took the side of clean energy champions.

This shouldn’t come as a big surprise; poll after poll confirmed voters’ desire for a clean energy economy. A September survey by Public Policy Polling, for instance, found that 53 percent of undecided voters in battleground states said they would support a Congressional candidate who wants to extend tax incentives for wind power, while 31 percent would choose the candidate who would kill those incentives. Fifty-nine percent said they favored Congressional candidates who support reducing mercury pollution from power plants and only 23 percent would chose candidates who oppose mercury standards.

Voters recognize that clean energy and clean air deliver real benefits to our communities. More than 120,000 Americans have jobs in the solar industry, and more than 150,000 people work building parts for and assembling clean cars—hybrids, electric cars, and other advanced vehicles that weren’t even available 10 years ago. More than 1 million Americans are now saving money on their electric builds because they made their homes more energy efficient. And soon, hundreds of thousands of children will breathe easier once power plants start following new limits on mercury, lead and other air pollutants.

Oil and gas companies thought that if they spent millions and millions of dollars, they could distract Americans from these benefits and undermine support for clean energy. They were wrong, and they lost. Now the case is closed. It’s time for champions in the White House and Congress to respect voters’ wishes and stand  up for clean energy, clean air and a stable climate.