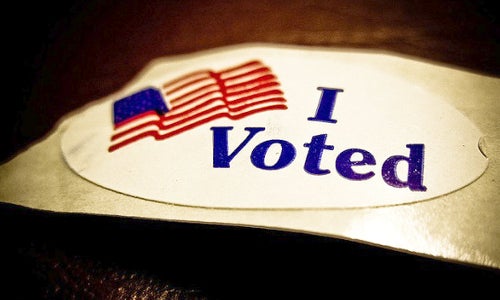 Yesterday’s election results are shaping up to be a mixed bag of victories and defeats for environmentalists and concerned citizens across the country.

McAuliffe’s victory comes after he became the first statewide candidate in the nation to hold his opponent accountable for denying the science of climate change, according to a Sierra Club press release. McAuliffe, who was backed by coalition of environmental organizations, supported the first-ever standards to curb climate-disrupting carbon pollution. 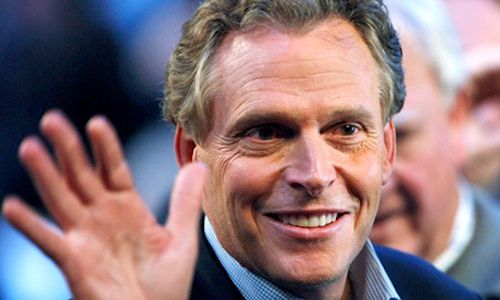 Democrat Terry McAuliffe will become the next governor of the Commonwealth of Virginia. Photo credit: Reuters

“Tonight in Virginia, the voters have spoken and a climate denier has been denied,” said Sierra Club Executive Director Michael Brune. “By electing Terry McAuliffe, Virginians are sending a clear message: they want a leader who will stand up for good jobs and climate action, not an extremist who will stand with big polluters.”

In Maine, after a re-count and hard fought campaign, the citizen-initiated Waterfront Protection Ordinance, that would have blocked a tar sands export facility, was narrowly defeated.

“Today’s vote of 4453 against and 4261 for—a 200 vote margin—on the Waterfront Protection Ordinance to protect South Portland from tar sands is a disappointing outcome for the people of South Portland who worked to protect their community from the risks of dirty tar sands oil,” said Natural Resources Council of Maine Executive Director Lisa Pohlmann.

“It is clear to all of us why this vote played out why the vote was so close: oil companies and the American Petroleum Institute poured hundreds of thousands of dollars into South Portland, in one of the biggest expenditures on a local referendum in Maine history,” Pohlmann continued. “This money was used to fund a relentless campaign that spread misinformation and fear.”

Campaign disclosure reports showed that opponents of the ordinance—made up exclusively of oil companies and the American Petroleum Institute—outspent the citizen’s group Protect South Portland and its allies by six to one, according to Natural Resources Council of Maine. These opponents garnered more than $600,000, primarily from out-of-state oil industry lobbyists.

In Washington State, the hotly-contested Whatcom County Council elections have proved “bad news for big coal,” according to the Seattle Post-Intelligencer. The four winning candidates, supported by conservation groups and the Democratic Party, tipped the scale away from the pro-development, Republican-aligned opponents in the seven-member council. 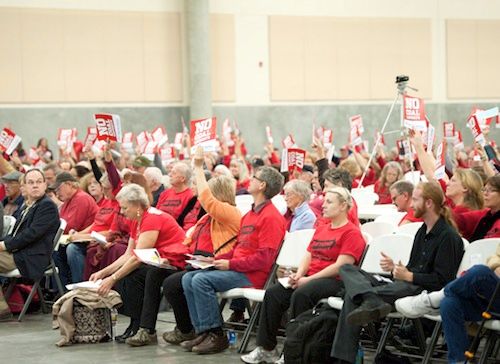 The results could potentially have a major impact on determining whether Western Washington will become home to the proposed Cherry Point coal export terminal, as Whatcom County is a key battleground on the decision.

“Tonight, the people of Whatcom County stood up to hundreds of thousands of dollars in big polluter cash to secure a victory for a healthy future for our communities, our families and our planet,” said Natalie McLendon, a Sierra Club volunteer leader in Bellingham, WA.

“With these results, we are confident the council will now take into account all the factors that should be considered when deciding on this coal export terminal—that means weighing the effect on the air and water at Cherry Point, to the impact on the lives of those living and working on the rail line, to the severe implications for our climate crisis, to possible changes in waterfront redevelopment in Bellingham.”

As reported by EcoWatch today, Colorado’s anti-fracking advocates are celebrating victories in Fort Collins, Boulder and Lafayette, where initiatives passed that will either ban or pause the practice of hydraulic fracturing. Initial results in Broomfield, CO, where Question 300 would prevent any drilling activity that uses hydraulic fracturing for five years, show a tally so close—just 13 votes—that it will force a recount.

Many groups and concerned citizens are hopeful that victories like those in Colorado, Virginia and Washington are signaling an upwards trend in the American public toward prioritizing climate change and other environmental issues.

“Public opinion polls across the country show that the call from voters for clean energy and climate action is loud and clear—now, its time our political leaders listen,” Brune continued. “Those running for office now must choose whether they stand with solutions or whether they stand in the way. The climate crisis won’t wait, and neither will we.”