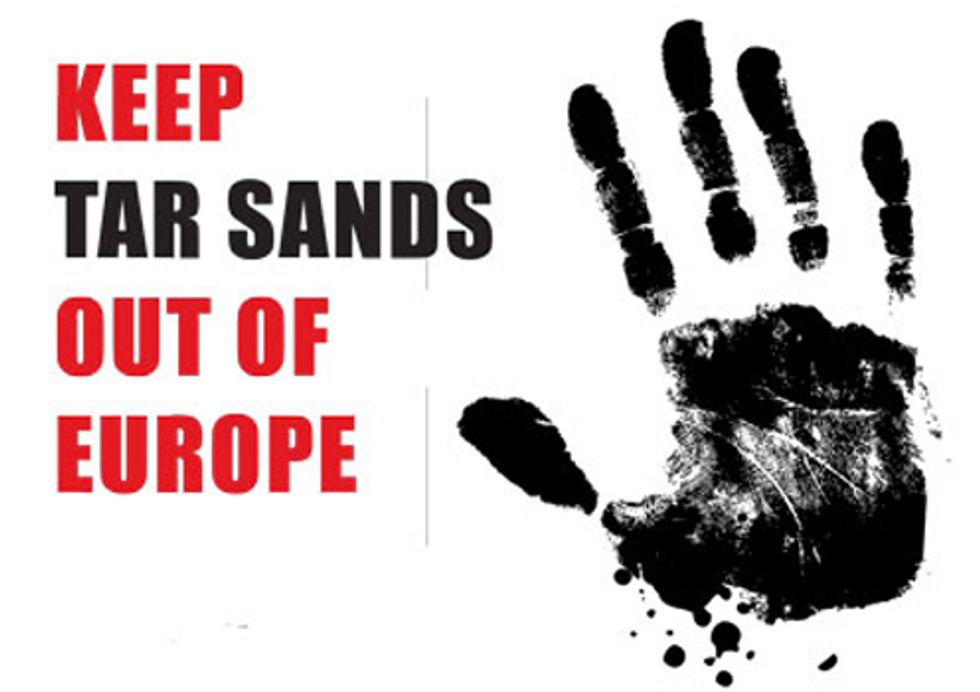 Friends of the Earth Europe

Eight Nobel Peace Prize laureates have written to European Heads of State and Ministers of the Environment urging them to tackle the most climate polluting sources of transport fuel, notably tar sands.

A copy of the letter is available by clicking here.

“Tar sands oil is the dirtiest of all, it emits 23 percent more greenhouse gas emissions than conventional oil," said Darek Urbaniak, extractive industries campaigner for Friends of the Earth Europe. "Tar sands also do untold damage to the environment and wildlife and threaten indigenous communities around the globe. If the EU doesn't put the proper policies in place it will be equally responsible for the damage caused by tar sands.”

EU government representatives will vote next week (Feb. 23) whether to force fuels such as tar sands to clean up or face an effective ban from the EU market under the bloc’s Fuel Quality Directive.

The law was approved in 2009 but still has to be implemented. Canada, a major tar sands producer, has lobbied extensively against the proposal that is being put to the vote next week, together with oil companies.

“If Europe doesn’t act now, our addition to oil is going to turn into a much more damaging dependence on high carbon oil," said Nusa Urbancic of Transport & Environment. "The science shows that tar sands oil does lead to higher emissions than other sources. The EU's plan to make these fuels clean up is the right one and member states should support it.”

“Even oil-obsessed America refused to take the gamble and shelved plans for a tar sands pipeline this winter," said Greenpeace EU transport policy adviser Franziska Achterberg. "The question is whether Europe is prepared to say ‘no’ to the oil lobby and to tar sands, which represent the exact opposite of the clean, climate-friendly future that we urgently need.”