What if the Fracking Boom Is Just a Bubble? 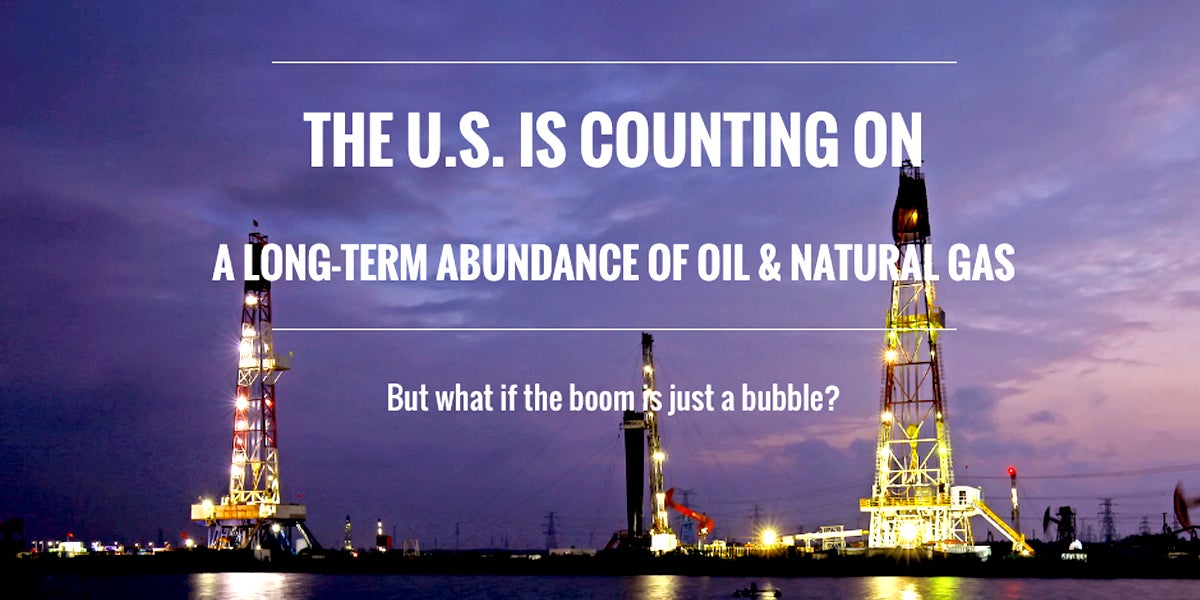 The reports 2016 Tight Oil Reality Check and 2016 Shale Gas Reality Check evaluate the EIA’s increasingly optimistic projections in light of actual production data (through June 2016) and the agency’s own previous estimates. The reports raise critical questions about the veracity and volatility of the EIA’s estimates, questions that are especially important as the Trump Administration sets its domestic energy policy.

“The EIA kindly provided the play level projections that make up its Annual Energy Outlook reference case forecasts,” said Earth scientist and the reports’ author J. David Hughes. “This allowed a comparison to the administration’s previous projections and my own forecasts, which were based on an analysis of well productivity by subarea within each play and other fundamentals such as the number of available drilling locations and decline rates. I was also able to assess the EIA’s most recent projections in light of actual production data from the field. Simply put, when looked at on a play-level, the EIA’s forecasts are highly unlikely to be realized.”

The Annual Energy Outlook (AEO) published yearly by the U.S. Energy Information Administration is taken by media, policymakers, investors and general public at face value. Yet the EIA’s projections for future energy prices and production are very often wrong (like when it revised its own estimate for the Monterey shale downward by 96 percent after just three years) and tend to show a consistent optimism bias.

“Forty years ago, the EIA was uniquely granted independence from the rest of the federal government in order to ensure that its data collection and analysis would not be politicized. But with that independence comes great responsibility,” said Asher Miller, executive director of Post Carbon Institute. “Particularly with an incoming presidential administration that is, by all signs, strongly in favor of expanding fossil fuel production, the American people need to be certain that U.S. energy policy is based on realistic, independently-sourced and transparent analysis rather than wishful thinking.”

Questions for the EIA: