Why the New EIA Forecast Is Unrealistic 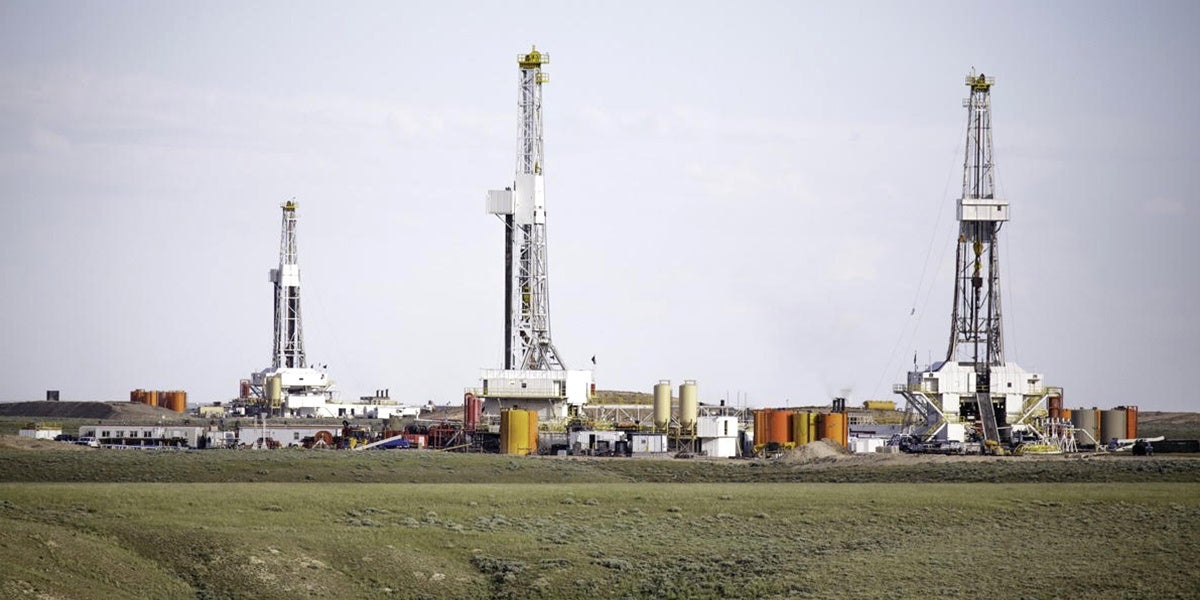 The Energy Information Administration (EIA) of the U.S. Department of Energy has just released its Annual Energy Outlook (AEO) 2018, with forecasts for American oil, gas and other forms of energy production through mid-century. As usual, energy journalists and policy makers will probably take the document as gospel.

That’s despite the fact that past AEO reports have regularly delivered forecasts that were seriously flawed, as the EIA itself has acknowledged. Further, there are analysts inside and outside the oil and gas industry who crunch the same data the EIA does, but arrive at very different conclusions.

The last few EIA reports have displayed stunning optimism regarding future U.S. shale gas and tight oil production, helping stoke the notion of U.S. “energy dominance.” No one doubts that fracking has unleashed a gusher of North American oil and gas on world markets in the past decade. But where we go from here is both crucial and controversial.

The most comprehensive critiques of past AEO forecasts have come from earth scientist David Hughes, a Fellow of Post Carbon Institute (note: I, too, am a Post Carbon Institute Fellow). Since 2013, Hughes and PCI have produced annual studies questioning EIA forecasts, based on an analysis of comprehensive play-level well production data. Their latest report, a critical look at AEO2017, is just out.

1. How much of the industry’s recent per-well drilling productivity improvement is a result of better technology, and how much is due to high-grading the best-quality parts of individual plays? Over the past few years, industry has shown the ability to extract increased amounts of oil and/or gas from each well. This has been achieved in part by drilling longer horizontal laterals, tripling the amount of water and proppant (usually sand) used per unit of well length, and increasing the number of fracking stages. It is also in part a result of “high-grading,” or focusing drilling on the best-quality parts of each play (termed “sweet spots” or “core areas”). The decline in average well productivity observed in parts of some plays, despite the application of enhanced technology, suggests that sweet spots there are becoming saturated with wells. When this happens, drillers must either move to lower-quality rock outside of sweet spots, or drill wells too close together, which results in well interference or “frac hits” and reduced well production.

2. Can technological advancement in the industry continue to raise productivity indefinitely? If, as the EIA suggests, improved technology will continue to increase well production, then perhaps per-well productivity can continue to grow for some time. However, based on the analysis of recent data, Hughes questions this (as does a team of MIT researchers). Well productivity is already declining in some plays, despite the application of enhanced technology, indicating that technology and high-grading have reached limits. Given uniform reservoir quality, improved technology allows the resource to be extracted more quickly with fewer wells, but it does not necessarily increase the overall amount of resource that can be recovered.

3. What will be the ultimate cumulative production from all U.S. tight oil and shale gas wells? Taking the above points into account, Hughes concludes from a detailed analysis of production data that the EIA is making extremely optimistic assumptions about ultimate production and long-term production rates in most shale plays. 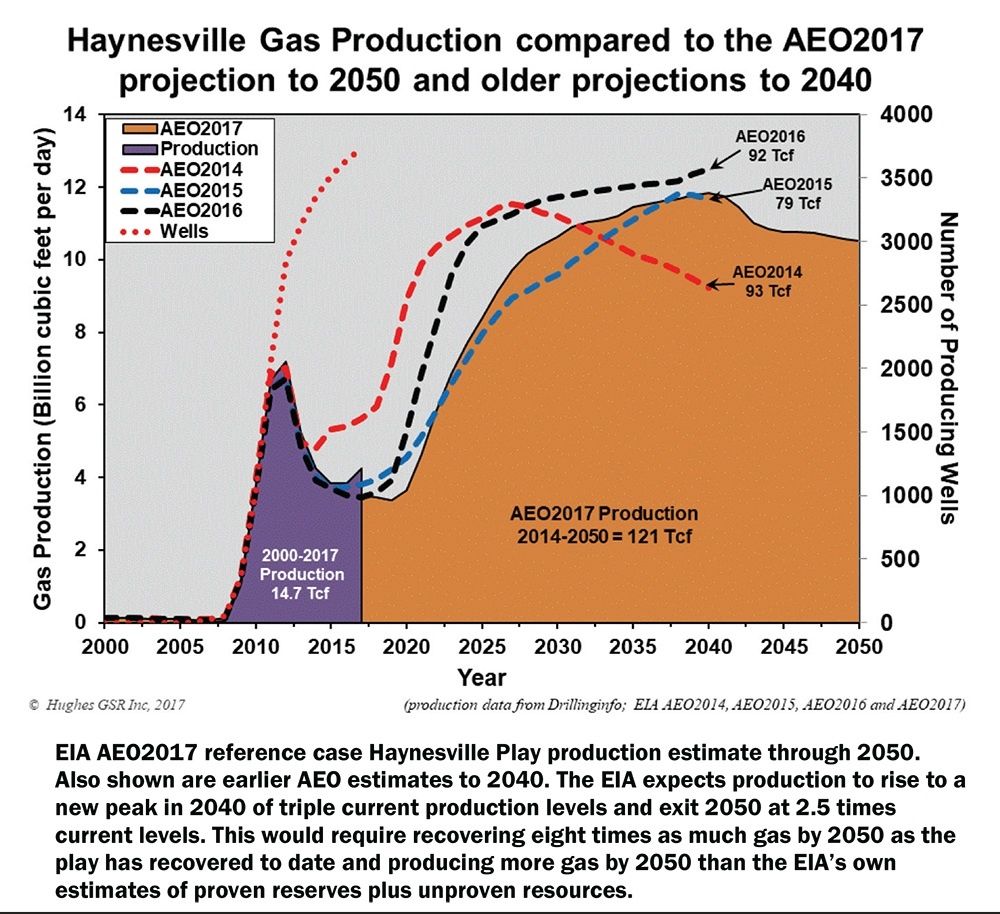 Production over the long term is likely to be fraction of what the EIA is forecasting.

4. What about profitability? So far, overall, the industry has lost money on tight oil production, and shale gas has done little better. That’s even with most recent drilling being focused in core areas. The industry and its investors assume that if productivity continues to increase, and oil prices rise, profitability will eventually materialize. But what levels of oil and gas prices would be required to profitably extract fuels in the large non-core areas that the EIA assumes will eventually be tapped after “sweet spots” are drilled and exhausted? The AEO offers little in the way of realistic analysis on this point.

Let’s approach this subject another way. If you were an EIA analyst and you wanted to produce the most optimistic estimate possible of future U.S. oil and gas production, how might you go about it? You might do the following:

Hughes figures, using EIA assumptions, that meeting the agency’s projections for shale gas and tight oil through 2050 for the 88 percent of production that would come from major plays would require drilling and fracking over 1 million wells at a cost of $5.7 trillion (the remaining 12 percent would require .68 million wells at a cost of $4.1 trillion). The EIA’s own estimate for all oil and gas (conventional, shale and offshore) is 1.3 million wells at a cost of $7.7 trillion. It would also consume countless billions of gallons of water and millions of tons of sand and chemicals. One might question the plausibility of this scale of expenditure of capital and physical resources. But even if the project were practically feasible, would it represent the best use of money in securing our energy future? And would the inevitable near- and long-term health and environmental impacts be somehow justified?

The EIA seems to assume that its audience consists of potential investors in struggling tight oil and shale gas companies, and that it speaks on behalf of those companies. That’s not the proper role of a government agency. Taxpayers who fund AEO reports deserve realistic estimates of future production, costs of production and prices needed for profitable production. Otherwise, the agency’s pronouncements will continue to resemble those of the Wizard of Oz: Be amazed! Be awed! But pay no attention to the man behind the curtain.